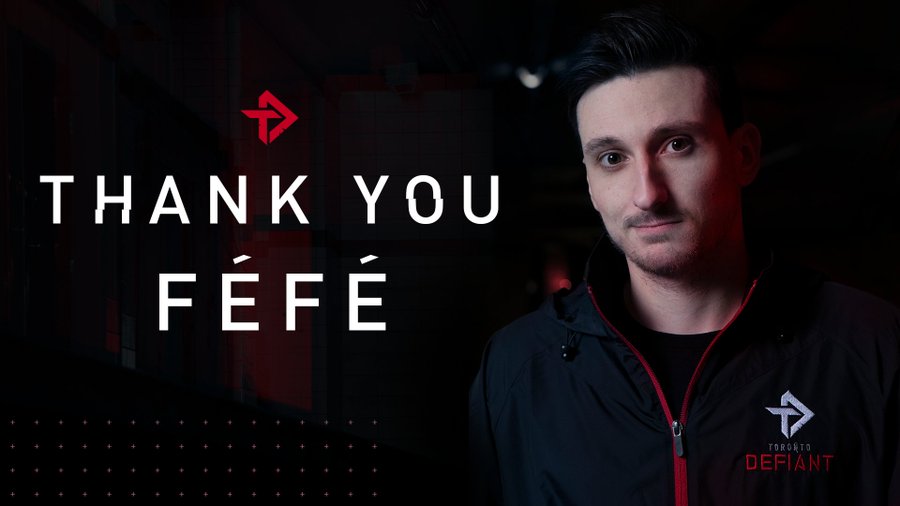 Toronto Defiant Head Coach Féfé announced Tuesday morning that he is stepping down from his position and retiring from Overwatch coaching, effective immediately. The team followed up by promoting Strategic Coach Lilbow to the role of Interim Head Coach, along with moving Barroi into the Strategic Coach position.

Our coaching squad for the remainder of this season: @LilbowSC, who is filling in as the Interim Head Coach, @ggBarroi stepping up as Strategic coach, & @AlblessGG will continue on as Assistant Coach! #RiseTogether #OWL2020 pic.twitter.com/5SKDWPNqkZ

Féfé spent just six months as the Head Coach in Toronto before his sudden retirement. He rose to prominence while coaching Eagle Gaming in EU Contenders before stepping in to lead the Paris Eternal after Head Coach daemoN left the team prior to Stage 2 last season. In his two seasons in the league, Féfé amassed an 11-18 record as a head coach.

Féfé released a Medium post elaborating on his reasons for leaving, which included the strain caused by the global COVID-19 pandemic. He stated a desire to return to his home in France and to support his wife’s career.

He also cited changes to the OWL format as additional stressors that led to this decision. Chief among them is the weekly Hero Pools that were added this season, causing the meta to shift rapidly week to week. Féfé claims that this change has lessened the impact of coaching on the game while also increasing the burden on him and his coaching staff.

Féfé’s is the latest in a series of retirements and departures for greener pastures coming from the Overwatch scene, though it is the first from an active player or coach. Many have turned towards Riot’s new tactical shooter VALORANT as a potential opportunity, though Féfé has not conveyed his future plans.

Toronto have had a difficult season thus far in 2020 after rebuilding toward a Western roster for their second season. With Féfé at the helm, they have gone 3-5 and struggled to adapt to Hero Pools. The Defiant return to action on Friday, April 17th against the Boston Uprising.