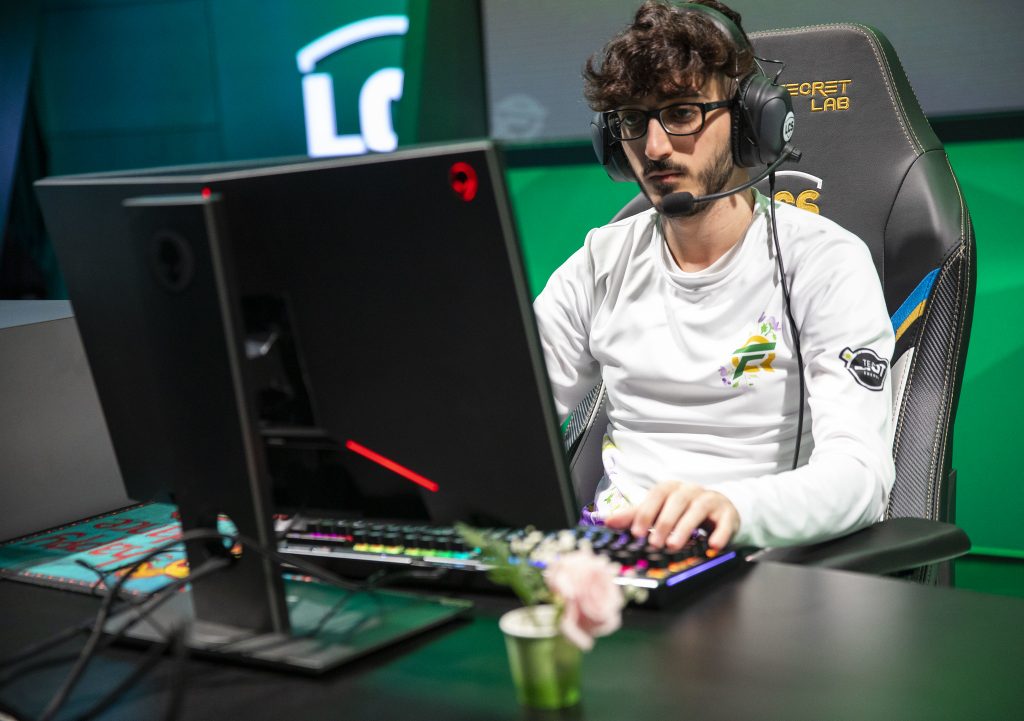 V1per is heading to Dignitas after spending a year and a half with FlyQuest. (Photo via Colin Young-Wolff | Riot Games)

Dignitas has acquired top laner Omran “V1per” Shoura from FlyQuest to compete for the starting spot on their LCS roster. Dignitas previously announced that Heo “Huni” Seung-hoon is exploring new opportunities, presumably marking the end of their relationship.

Reinforcing our top lane for the Summer Split.

V1per was first known as a Riven one-trick before building out his champion pool and starring as a carry top laner for Team Liquid Academy. His first LCS starting role came with FlyQuest in 2019 Spring and he remained the team’s starting top laner until the end of 2020 Spring. Colin “Solo” Earnest took over for four of the last five regular season games for FlyQuest and then was chosen for the final 17 playoff games. With Solo signed through the end of 2021, V1per was made expendable.

V1per will compete for the starting spot on Dignitas with their Academy top laner Samson “Lourlo” Jackson. Lourlo has a long history in the LCS, including stints with Team Liquid and Golden Guardians. He has spent the past two years in the Academy League trying to earn another chance as an LCS starter. He and Dignitas performed very well in the 2020 Spring Academy regular season before falling to Evil Geniuses in the semifinals of the playoffs.

Both V1per and Lourlo pride themselves on their ability to be carry top laners, but Lourlo has the more well-rounded champion pool at this point in their careers. However, Lourlo doesn’t have a signature champion like V1per’s Riven that draws out free bans for his team. V1per also has a lot more recent experience against LCS top laners, though Lourlo was surely scrimming against plenty while on Dignitas’ Academy roster.

One additional factor to consider is Dignitas’ acquisition of jungler Joshua “Dardoch” Hartnett. Assuming Dardoch steps into the starting role, Dignitas may consider his previous relationship with Lourlo. The pair played together on Team Liquid and have said they remain good friends off the rift as well. Considering the importance of top/jungle synergy, that could give Lourlo a leg up on the competition before it even starts.

Whether V1per begins on the LCS or Academy roster, Dignitas have shown they want to build a strong 10-man roster. The addition of V1per helps further that goal. We’ll see who Dignitas goes with to start the season when the LCS returns on Friday, June 12.