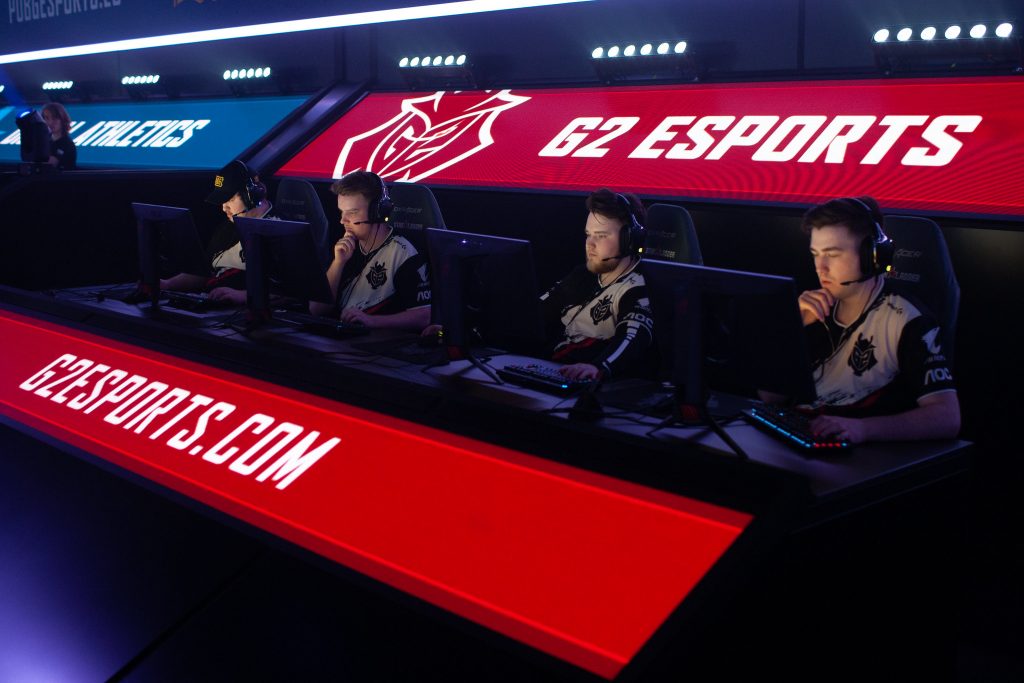 G2 Esports was one of three teams to pick up multiple wins in Week 5. (Photo courtesy of PEL Esports)

The fifth week of PUBG Europe League’s second phase is done and dusted, and placements are slowly but surely being etched out. While there are still three weeks of play – so things are effectively wide open still – the top four teams do indeed seem to be defined already. Natus Vincere, G2 Esports, Team Liquid, and FaZe Clan are lightyears ahead of the rest of the competition and it’d take a whole host of missteps for another team to get involved at this point.

FaZe Clan, G2 Esports, and Team Reciprocity, all grabbed two wins throughout the weekend – helping the first two teams to keep themselves firmly cemented in the top four, and the latter to finally climb out of last place in the rankings. Other rosters to grab a chicken dinner include CrowCrowd, Team Liquid, Team Vitality, Digital Athletics, Ninjas in Pyjamas, and M19.

Some people may think it’s boring if there are no stakes for which teams will finish in the top four, but there are five slots available in the next international tournament. The fifth place is wide open for a whole number of teams; Ninjas in Pyjamas are perhaps the strongest team in that selection historically, but Team SoloMid and Raise Your Edge are positioned well so it’s still clearly up for grabs.

We’ve been critical of Team Reciprocity in the past but only because we think the individual players are strong – we’ve been shocked that they’ve not meshed after all of their time together. While they’re still only in 14th place, they’ve shown improvement recently and it’s about time. It’s, of course, too late for them to book themselves a slot in the GLL Grand Slam, though they have the potential to get out a relegation spot if they keep acquiring those all-important chicken dinners.

There are three weeks of competition left and – for the most part – it’s still wide open. Week 6 of Phase 2 kicks off on Friday!