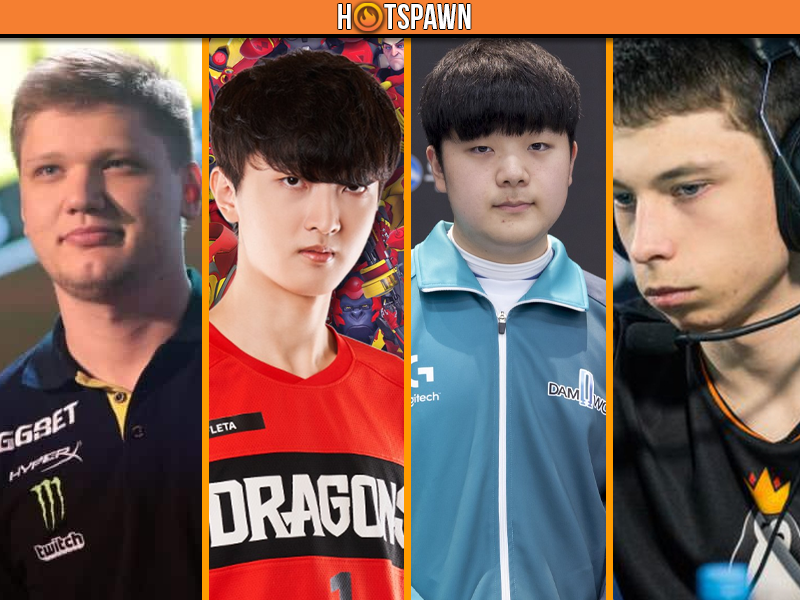 Despite the constraints of 2020 competition, there were a number of outstanding performances from the year.

2020 was meant to be a monumental year for esports, and players alike. Dota 2 was meant to start its long-awaited DPC, the Overwatch League was finally ready for traveling tournaments, and the Call of Duty League was going to attempt the same. But the coronavirus pandemic put a halt on those hopes. And while tournament organizers did well to adapt, most players were still limited to only playing teams in their region. Despite this, there were still outstanding performances from the year in competitive gaming. Here is our list of the most prolific esports pros from the last year. 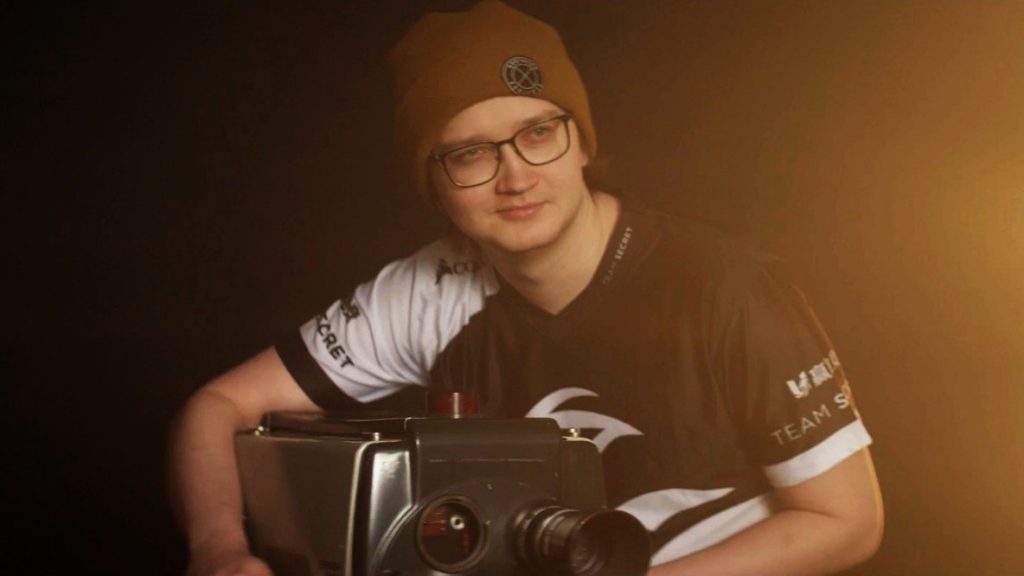 Mataumbaman has always been a Dota 2 legend and 2020 is no different. (Photo courtesy Team Secret)

Even after placing very well in a few tournaments, Matumbaman was kicked from the TI7-winning Team Liquid, forcing him him to play for the doomed-from-the-start Chaos EC lineup at TI9. Needless to say, their campaign did not pan out. He spent two months after TI9 on vacation before getting picked up by Team Secret, and has become a huge contributor to their success this year. It’s fair to say he wasn’t “the problem” in Liquid. 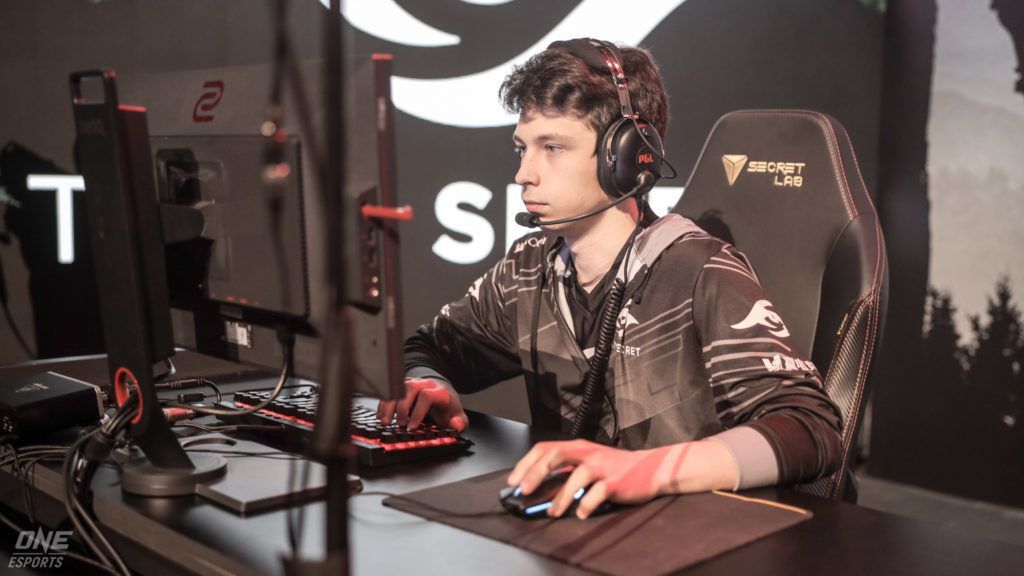 Nisha’s development as an individual player has been staggering under puppey’s guiding hand. He is pretty much the driving force behind Secret’s run this year, and has become one of the most valuable players in the entire world. Even more amazing is the fact that he was never really the kind of pubstar that guys like miracle and abed were (in the sense that they had staggering amounts of individual skill right out of the gate) — but rather improved his gameplay steadily over the years 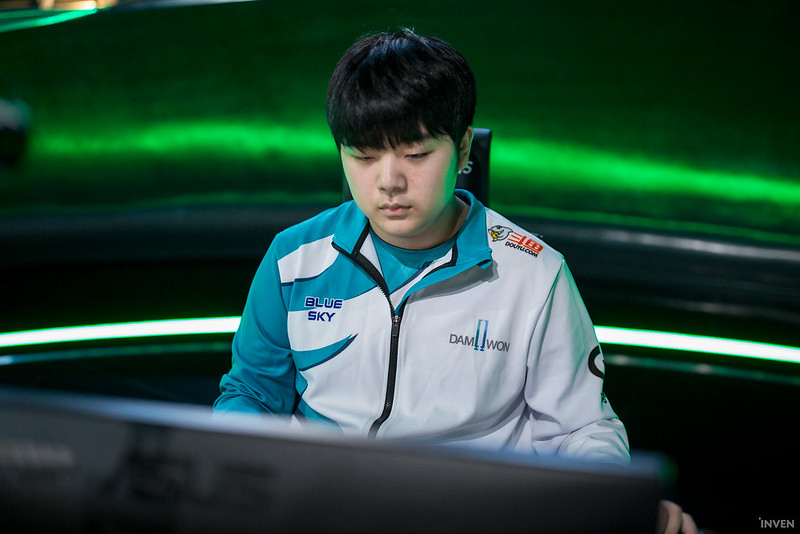 Canyon helped DAMWON Gaming to their first LCK title and first World Championship. He was named First Team All-Pro in the LCK in the Summer, and then followed it up by being named Worlds Finals MVP. Canyon was so far ahead of the other junglers that the term “jungle gap” got renamed to “jungle canyon”. 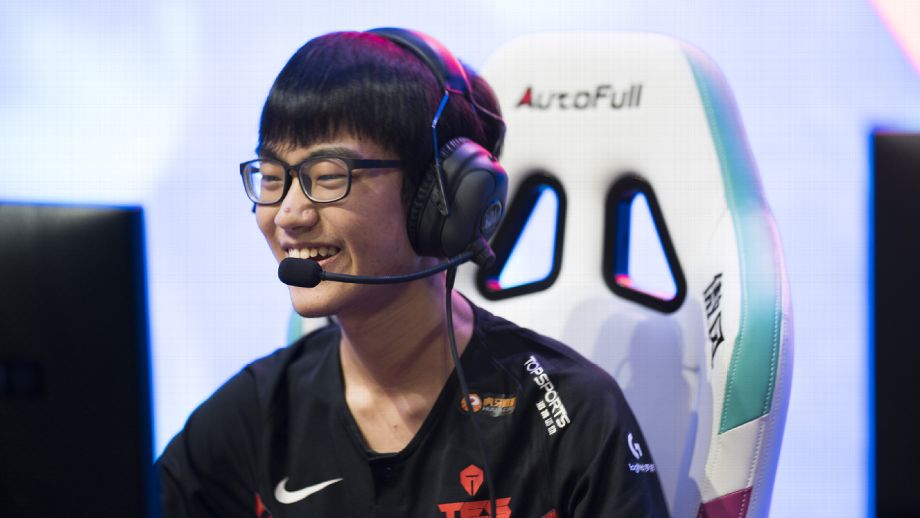 Knight beat out Kim “Doinb” Tae-sang and Song “Rookie” Eui-jin as the LPL’s best mid laner in 2020. He helped Top Esports to win the first ever Mid-Season Cup, and then followed it up by winning the LPL Summer title. Knight finished First Team All-Pro in Summer and won the LPL’s most valuable player award. Top Esports then made it to the semifinals of the World Championship with knight as an integral part of that success. 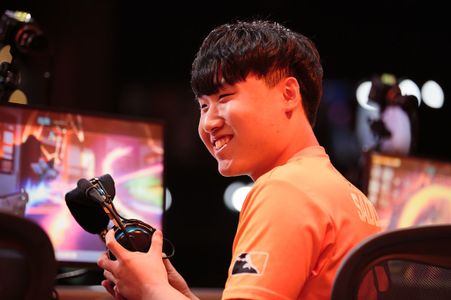 In 2020, no one was more consistent than the Fusion’s SADO. Philly made a gamble in the offseason, keeping SADO as the team’s only option at main tank, despite his up-and-down performance in years past. He rewarded their faith this season, emerging as one of the league’s most well-rounded frontliners. SADO plays every hero required at a phenomenal level, and his performance was foundational for the Fusion en route to North America’s vest record.

Precious few were able to do what Fleta did for the Shanghai Dragons this season. Throughout his 2020 MVP campaign, Fleta ensured that his team would be able to adapt to any meta that was thrown their way. From Tracer to Mei to Echo, no one performed at a higher level across such a wide selection of picks than Fleta. 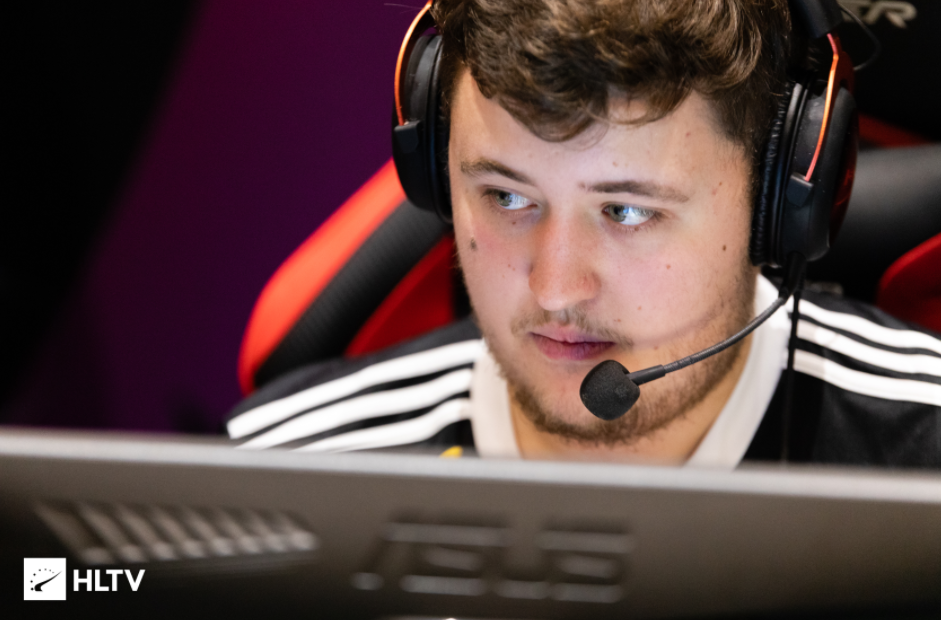 Since emerging in late 2018, the young French star has only gotten more and more dangerous over the past two years. His production and playmaking has steadily improved, and now at the end of 2020, he has earned the spot as the world’s best player. His 1.29 HLTV rating for the years is tied for first in the world with Na’Vi’s s1mple, who perhaps had the best case of anyone not named ZywOo. But while s1mple and Na’Vi started the pandemic era with a bang at Katowice, that bang has fizzled, while ZywOo and Vitality have sizzled to end the year strong. In the second half of the year, ZywOo’s rating increased to 1.31, surpassing the Ukrainian star, and that increase in play has led to first place results at both IEM Beijing and the BLAST Fall Finals, and the number one rank on HLTV to finish the year. Simply put, he’s been the best player, and he’s been the catalyst for Vitality’s solid claim to be the best team. This has been the year of ZywOo. 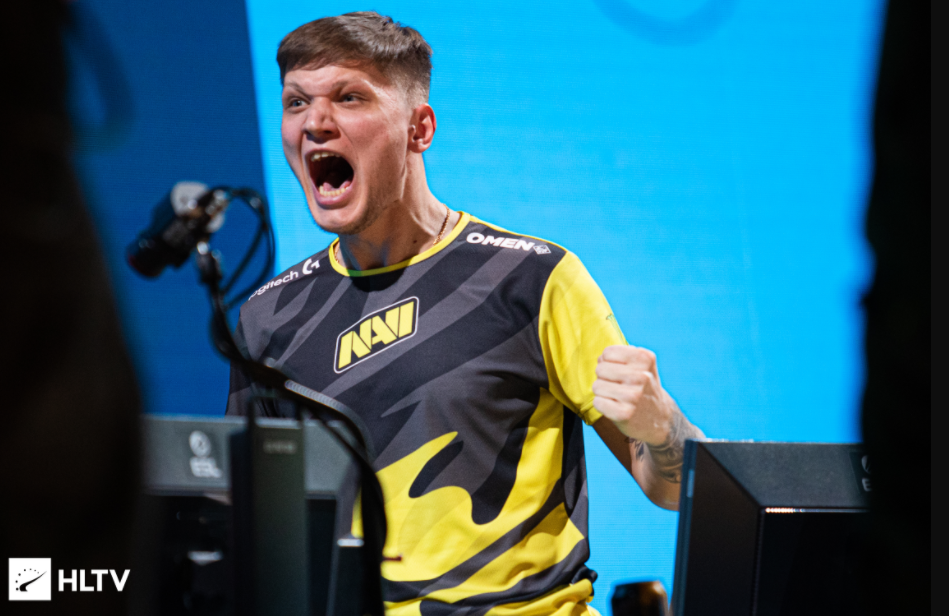 It was a standout year for Na’Vi and s1mple was a big part of that. (Photo courtesy HLTV)

S1mple has always been comfortable at the top of the best players list, and 2020 was another standout year for him. As mentioned above, he was tied for first for best player rating across the entire year with Vitality’s ZywOo, and clearly surpassed the young French star when it came to KD rating and differential. S1mple and company had a strong start to 2020, finishing first in the BLAST Spring season, and then sweeping G2 in the grand finals of IEM Katowice, albeit in an empty stadium. While another big win eluded them for the rest of the year, they made the grand finals of ESL Pro League and IEM Bejing, and might’ve made a deeper run at IEM New York CIS if not for Perfecto coming down with COVID-19. 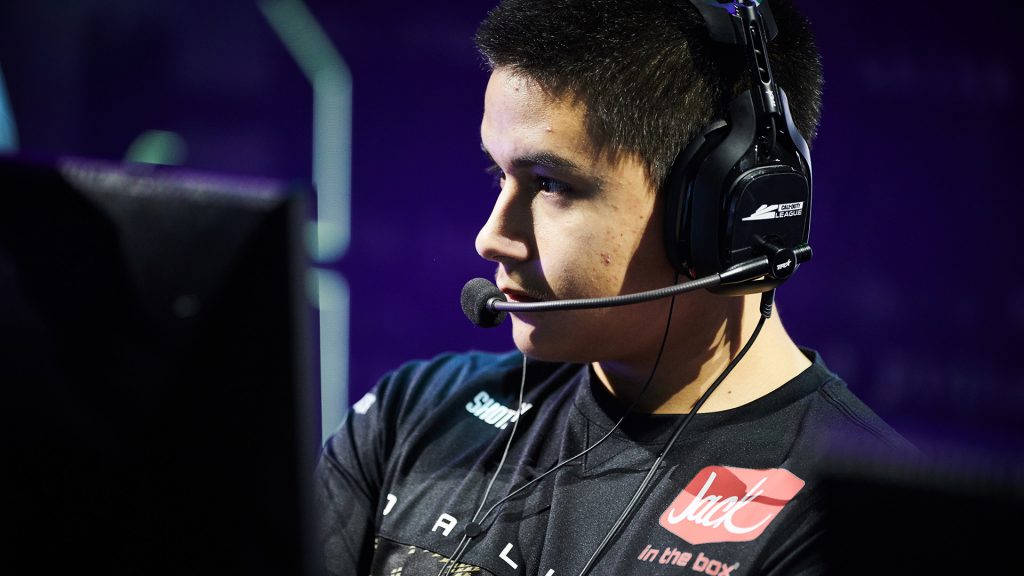 Shotzzy helped the Dallas Empire win three homestands and the championship and earned the Rookie of the Year title with his incredible skill. He was a former professional Halo player before switching to Call of Duty during the Black Ops season, where he immediately started making a name for himself in online tournaments. The Dallas Empire recognized the young player’s skill and signed him to its roster for the Modern Warfare season. Despite a rough start at the beginning of the season, Shotzzy has established himself as one of the world’s best players. 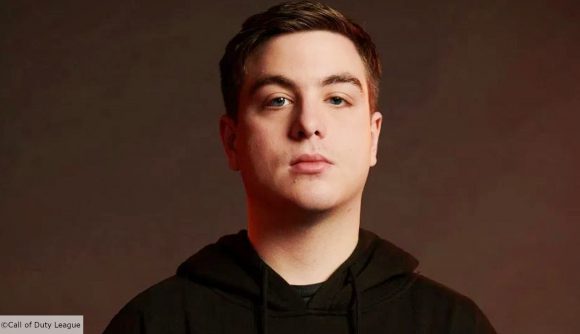 Simp started his Call of Duty career at a young age and eventually joined the eUnited Cadets in 2017. He eventually joined the eUnited roster and helped the team win CoD Champs 2019. Then, he joined the Atlanta FaZe in the Call of Duty League alongside his teammate Tyler “aBeZy” Pharris. He was a vital member to the success of the FaZe roster that came in second place during the inagural seaosn. While he was unable to secure back-to-back world titles, he still helped his team reach the grand finals and cemented his reputation as a talented player.

Call of Duty Counter-Strike: Global Offensive Dota 2 League of Legends Overwatch
Share
Hotspawn Team
Built from the ground up as a hub for all things esports, Hotspawn’s goal is to provide all the information and tools you need to be the best player/fan you can be.
Follow me