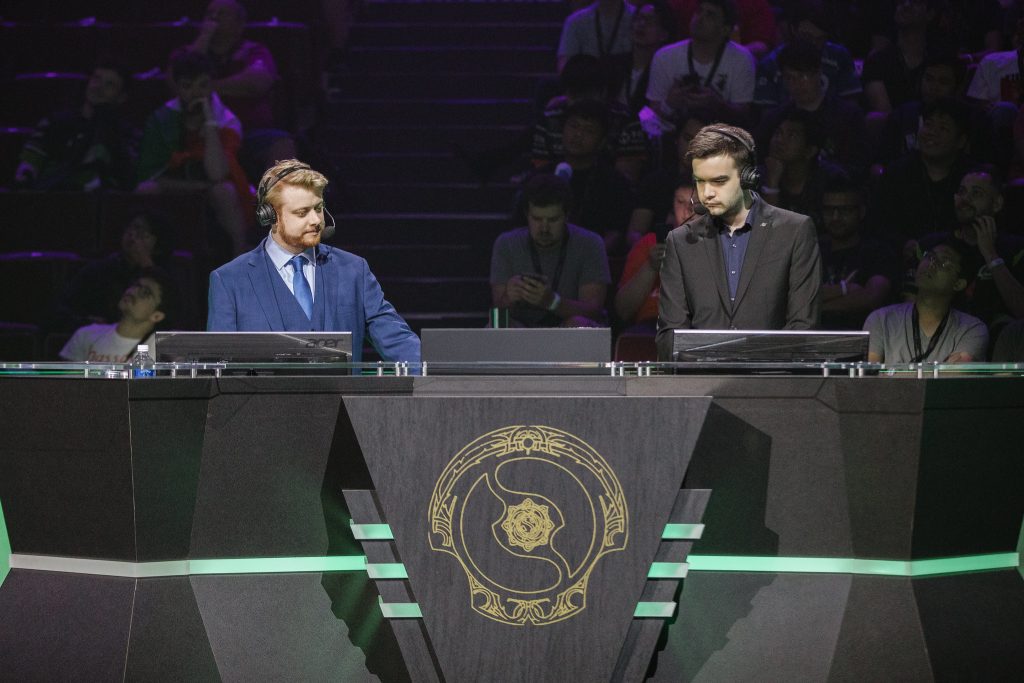 Facing serious allegations, TobiWan has elected to depart the esports industry as a whole after a 17-year career (Photo via Valve)

Popular and tenured Dota 2 commentator Toby “TobiWan” Dawson has officially exited the esports industry, which he himself announced Thursday morning through a statement via his official Twitter account.

In the statement itself, TobiWan declared his departure from Dota 2 and esports as a whole, citing the accusations of sexual misconduct by several community figures brought forth by women in the scene over the last few weeks as the primary reason. TobiWan was one of the figures called out in the ensuing debacle, particularly on June 23rd – when he was accused of being guilty of sexual assault despite saying that he was “sickened to the core” with regards to what was happening.

Tobi, recognize your own actions and better yourself – we know you aren't innocent

Specifically, TobiWan was accused by cosplayer Meruna of initiating conversations of a sexual nature with her in the past, despite her telling him not to do so. Meruna came forward with her statements via Twitlonger, which was corroborated by colleagues such as Beyond the Summit creative director Ken “Hot_Bid” Chen.

According to both Hot_Bid and Meruna, TobiWan booked round trip train tickets going to and from his city of residence at the time for the latter, where he proceeded to initiate sexual acts against her will. Meruna also denied TobiWan’s initial statement saying that they were in a relationship at the time, as proven by chat logs.

In a later incident that took place in 2012, Meruna confirmed through Hot_Bid’s account that she and TobiWan stayed together during a tournament — and even slept in the same bed. According to the same account, TobiWan admitted that he attempted to initiate sex with Meruna multiple times during this incident, despite having knowledge that Meruna did not want to.

Meruna also happens to be the current partner of Troels “syndereN” Nielsen — who has been paired with TobiWan since 2012 as part of the casting duo dubbed “Tobi and Synd”. She did make it clear, however, that the sexual misconduct happened before she even met syndereN. SyndereN went on Twitter some time after Meruna’s statements to cut ties with TobiWan going forward.

Two days later, community artist botjira claimed that TobiWan had once held her down against her will in a hotel room, and that she almost failed to escape from the situation.

He pinned me down in a hotel room. I almost didn't escape.

TobiWan apologized to these parties on Twitter shortly after he was called out, saying that he had gotten in contact privately with those he had wronged in order to make amends. Meruna denied this by saying that he did not message her afterward. With this statement, however, he now denies the accusations towards him, saying that he is “not guilty of any criminal offense” and that those coming forward should follow procedure according to the rule of law.

TobiWan made it clear in his announcement that he will be leaving permanently, and that he will no longer maintain an image in esports going forward. He also said that he would be focusing on his family from here on out.