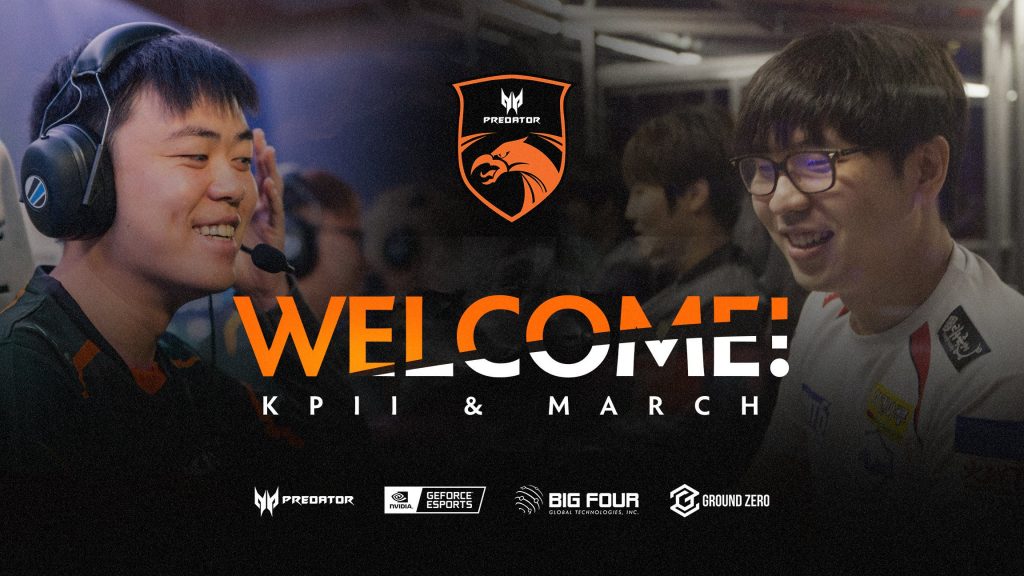 TNC Predator welcome Kpii and March to the roster for the upcoming DPC season. (Image via TNC Predator)

TNC Predator has finalized their roster for the start of the third Dota 2 Pro Circuit season.

To complete our roster, let us all welcome @kpiidota and @MarchDota!

The organization is parting ways with Carlo “Kuku” Palad and Nico “eyyou” Barcelon. Eyyou had acted as the team’s captain through the second half of the 2018-2019 DPC circuit.

Joining the team are offlaner Damien “kpii” Chok and Park “March” Tae-won in the hard support/position five role. March competed with Team Jinesbrus and J.Storm over the previous DPC season. When Team Jinesbrus failed to qualify, he attended The International 2019 as Fnatic’s coach. Kpii is probably best known for his two years spent with Newbee, with whom he finished second at The International 2017. More recently, he competed with Mineski, exiting TI9 early in ninth-twelfth place.

Also leaving TNC is coach Lee “Heen” Seung Gon. Heen had previously captained The International 2017-winning Team Liquid (which just announced its own changes). Heen was credited as being some of the reason for TNC Predator’s upswing in performance through the end of the second DPC season and heading into TI9. The team finished ninth-twelfth at TI9, falling to Team Liquid.

TNC Predator’s roster will debut in the World Electronic Sports Games (WESG) 2019 Philippines open qualifiers tomorrow. Those qualifiers feed four teams into the Philippines Finals, to determine which team will advance to the Southeast Asia Finals and then ultimately WESG 2019-2020 next year.