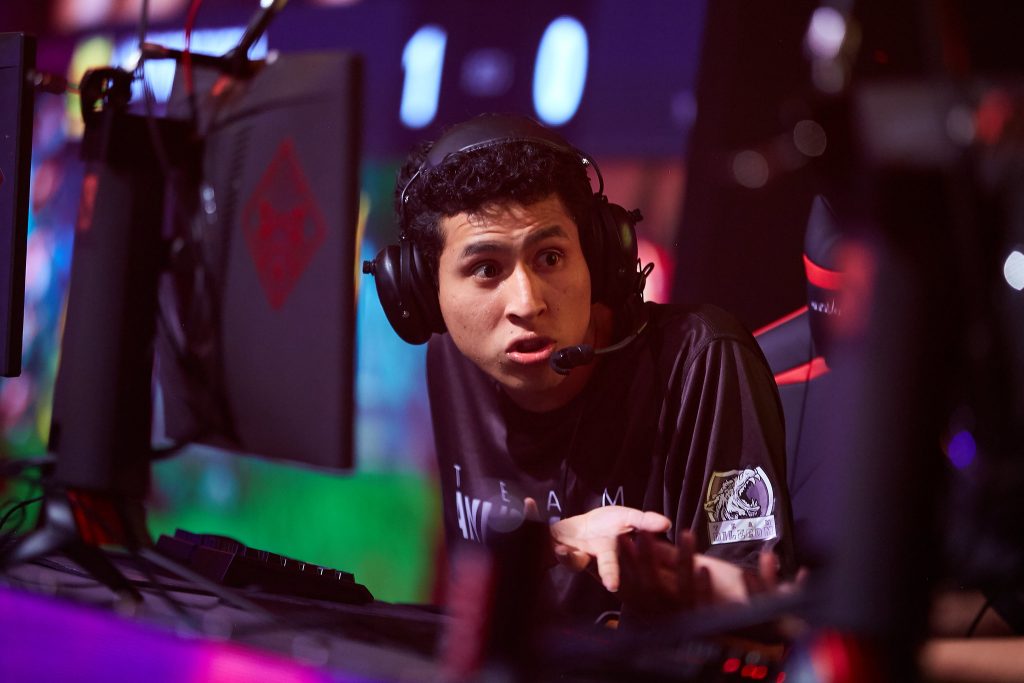 Infamous, the former Team Anvorgesa roster, make it through the SA Qualifier group stage for TI9. (Image via StarLadder)

South America, CIS and Southeast Asia are the first three regions to compete in Closed Qualifiers for The International 9. The SA Qualifier group stage was the last of the three to finish, giving us the final set of four teams to compete in regional playoffs.

If you’ve been following Team Ham’s Oliver “Skiter” Lepko on Twitter, you might protest the concept of the team being “shy.” Fans of the South-American-team-featuring-four-Europeans will surely protest Team Ham coming up short in the group stage. With a 3-4 record, the squad dropped critical games to Gorillaz-Pride and FURIA Esports on the first day. They were widely considered among the favorites in the region, as well as controversial despite some of their players having lived in the region for several months at this point. This is certainly a disappointing, so-close turnout for them.

One of the region’s defining rivalries is between Brazilian players and Peruvian players. This season, Peru is the better-represented country. EgoBoys, who squeaked in with a 74-minute win over SG e-sports, are all Peruvian, as are number two seed Thunder Predator and most of the top team, Infamous. On the latter squad, Adrian “Wisper” Cespedes Dobles is a lone Bolivian player.

Infamous looked very good through the group stage, finishing 6-1, with their lone loss against Thunder Predator.

PaiN Gaming had a stronger showing on day two. They were 2-2 after the first day, and then won all three of their day two games to secure their spot in the playoff. To be fair, they played the three teams that finished last in the standings on day two, making it objectively an easier day for them. Still, that’s some momentum for them to carry into the third day of competition!

South America’s playoffs will run July 9-10, with a double-elimination bracket. Infamous will face EgoBoys, and Thunder Predator face off with paiN Gaming in the first round. There’s only one spot available for South America. With zero teams from the region having earned enough Dota 2 Pro Circuit points to directly qualify, there will be plenty of pressure on whichever squad makes it through the SA Qualifier to represent the region well at the biggest event in Dota 2.