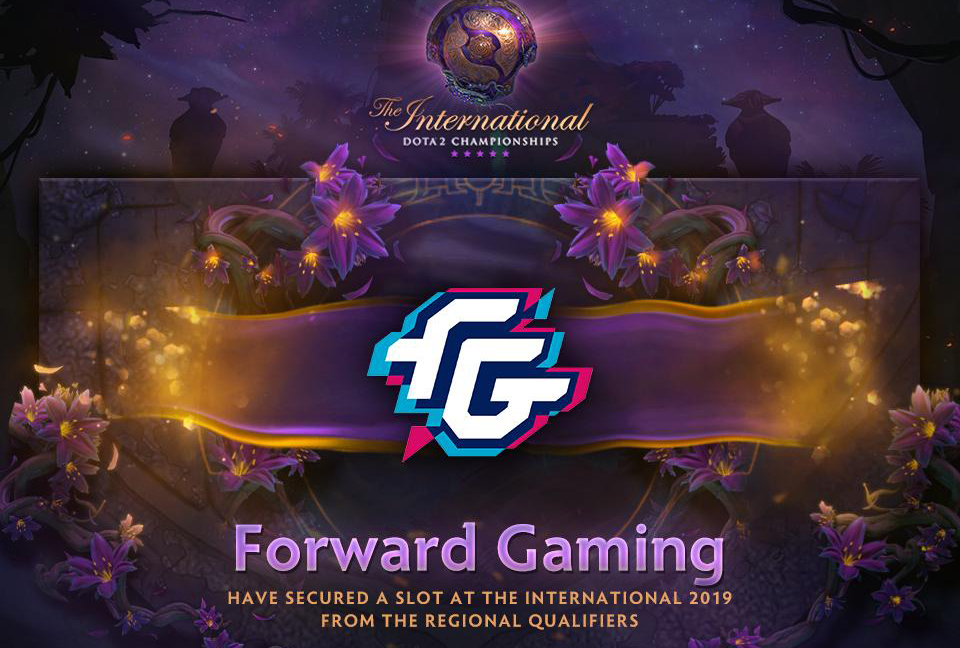 Forward gaming continued their domination of the TI9 NA qualifiers, only dropping a single game.

NA has its second representative at The International – Forward Gaming. Forward Gaming obliterated the competition at the NA Qualifier to secure their spot. In one of the most dominant tournament performances in recent memory, Forward were victorious over Kookaburra, beastcoast, and J.Storm, with no team able to put up any real opposition.

What a SERIES! We came to win and we've officially secured our spot at TI9 – we're headed to Shanghai in August! GGWP, @Team_JStorm!

Following from their flawless 7-0 run through the group stages, Forward Gaming started out Saturday by quickly sending newcomers Kookaburra to the lower bracket. Kookaburra were unable to replicate their group stage success, as Forward Gaming’s outpaced and outmaneuvered them. Forward Gaming looked to be experimenting with team compositions in their match against Kookaburra, suggesting the squad was confident at advancing from the get-go.

On the opposite side of the bracket, beastcoast were giving J.Storm a run for their money. Eric “Ryoya” Dong stood out with his consistent play in mid, outplaying J.Storm first on Outworld Devourer, and then with Ember Spirit. After a quick 2-0, J.Storm found themselves joining Kookaburra in the loser’s bracket. There, in the most competitive series of the playoffs, the two losing sides traded wins in a valiant effort to keep their TI hope alive. But thanks to the David “Moo” Hull’s consistent off-lane plays on his signature Timbersaw during the best of three series, J.Storm would advance as Kookaburra became the first team eliminated from the playoffs.

On the top side of the bracket in the winner’s final, Forward Gaming faced off against beastcoast. Executing on a similar team composition in both of their games, Forward Gaming relied on the ever iconic Io/Gyrocopter duo to secure their victory. In an attempt to answer the Io/Gyrocopter picks, beastcoast drafted Enigma in both games to lock down Forward’s heroes. They followed up the Enigma draft with a Sven in Game One and a Troll Warlord in Game Two . However, Foward’s spectacular counter draft of Vengeful Spirit and good team synergy ensured their victory and beastcoast’s trip to the lower bracket.

We're officially in the Grand Finals! Our opponent is still to be determined, but we'll be back tomorrow night around 6pm EDT to fight for our ticket to TI! #PushForward pic.twitter.com/FBlIBMFp3V

Relegated to the loser’s final, beastcoast attempted to eliminate J.Storm and secure a rematch with Forward Gaming. But J.Storm had a different plan. J.Storm used the Sven in game one, and the Batrider in game two to create a huge lead and eventually eliminate their opponents.

unfortunately our TI dream dies here, but we're proud of of boys and proud of our run through the quals. gg to @Team_JStorm!

see you next season 😘 #makewaves pic.twitter.com/AiPJj95hbE

In the finals, J.Storm would face an undefeated Forward Gaming. But after 11 games throughout the qualifiers, Forward lost their first match. In a move that looked cocky and overconfident, Forward Gaming made some of their first mistakes of the entire tournament, including questionable buybacks, greedy positioning, and sparse warding.

In game 2, J.Storm, hot off this initial victory,  attempted to extend their lead with a Juggernaut pick to outscale their opponent. But J.Storm’s carries never came online and the first Omnislash Roman “Resolut1on” Fominok used resulted in death for him and the rest of his team.

The next game they failed to secure a kill until 20 minutes. Forward’s captain, Johan “pieliedie” Åström, almost looked restless in game three on Warlock, desperately looking for team fight that never came.

In the final game, the story was much the same. Even Moo’s Timbersaw, which had saved J.Storm from elimination earlier in the playoffs, wasn’t enough to prevent the inevitable. Forward gaming secured victory and with it, their invite to TI9. They’re the last team to qualify, but they’re also undisputedly the best team to represent NA from this group.