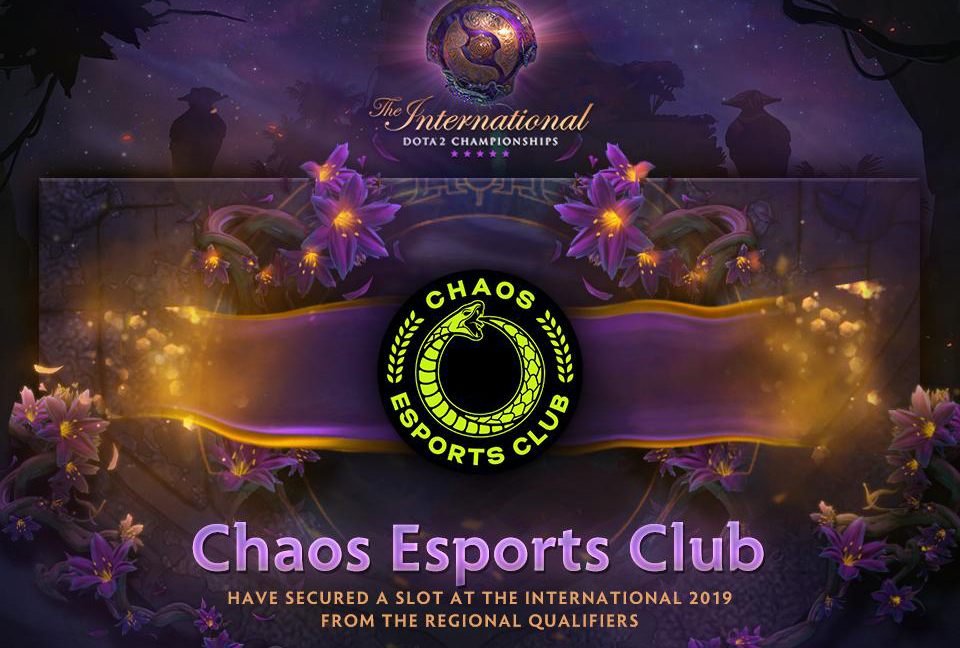 Over two days of back and forth action, four top Europeans teams attempted to become the region’s sixth representative at The International 2019. Ultimately, Chaos Esports Club’s dominant second-day performance was too much for the others to handle, dashing The Final Tribe, Aachen City Esports and Hippomaniacs’ TI hopes in the process of winning the TI9 European qualifier.

WE QUALIFIED TO THE INTERNATIONAL!

This has been the ultimate goal and after an incredible run through the EU Qualifiers we've made it!

After winning their first game of the playoffs, Chaos dropped their opening series to The Final Tribe  after twice allowing their opponent’s carries to snowball out of control. More concerning, in the second game, Pontus “Frost” Frost’s Naga Siren had uncontested free farm, while his teammate’s Pugna nuked down opponents at will.

With their two defeats, Chaos headed to the lower bracket, joined by Aachen City Esports, who’d been beaten by Hippomaniacs.

With their playoff life on the line, Chaos kicked things into gear. The team totally outclassed Aachen City Esports in the first lower bracket series, decisively eliminating the German-based squad. In these matches, Lasse Aukusti “MATUMBAMAN” Urpalainen, who’d only had a limited effect on the group stages, finally started delivering for the team. It was his performance on Lone Druid in game one that set the tone for Chaos’ victory.

In day one’s final series, the Hippomaniacs faced off against The Final Tribe in the winners’ finals. Right out of the gate, Final Tribe looked strong, with a free-farmed Sven and an Sniper who just demolished from the back lines that easily dominated their opponents. In the second game, Hippomaniacs turned the tables, with a well drafted team that led to a hard-earned win. However,  Final Tribe took control and defeated the Hippomaniacs in game three, advancing to the finals.

GG!!! WE ARE IN THE GRAND FINALS! 😍🙌
And a double rampage for @NoxFrostt 👏

As the second day began, Chaos continued their campaign for TI9 glory, with only Hippomaniacs standing in their way of the European qualifier finals. Hippomaniacs still looked raw from their defeat in the previous day and were clearly caught off guard when Chaos picked Phoenix, which they had success with in their series against Final Tribe. In a short two-game series, Chaos picked apart their opponents and looked ready to do the same in the finals.

In the most one-sided end to a playoff TI9 qualifier we’ve seen so far, Chaos tore apart Final Tribe in three quick games. The Final Tribe had no answer to the Dragon Knight, which both MATUMBAMAN and Maurice “KheZu” Gutmann rotated playing it throughout the series. Every team comp drafted by Chaos focused on sustaining power that they could use to seige towers and Final Tribe’s base. Due to their incredible sustaining power, they allowed almost no plays to be made against them. The series ended not with a big team fight, but instead with a whimper.

Now, as deservedly should be, the narrative for TI9 can shift towards a fated clash between Matumbaman and his former team. Hopefully, the bracket gods will be kind, and we’ll see this revenge story play out sooner rather than later.