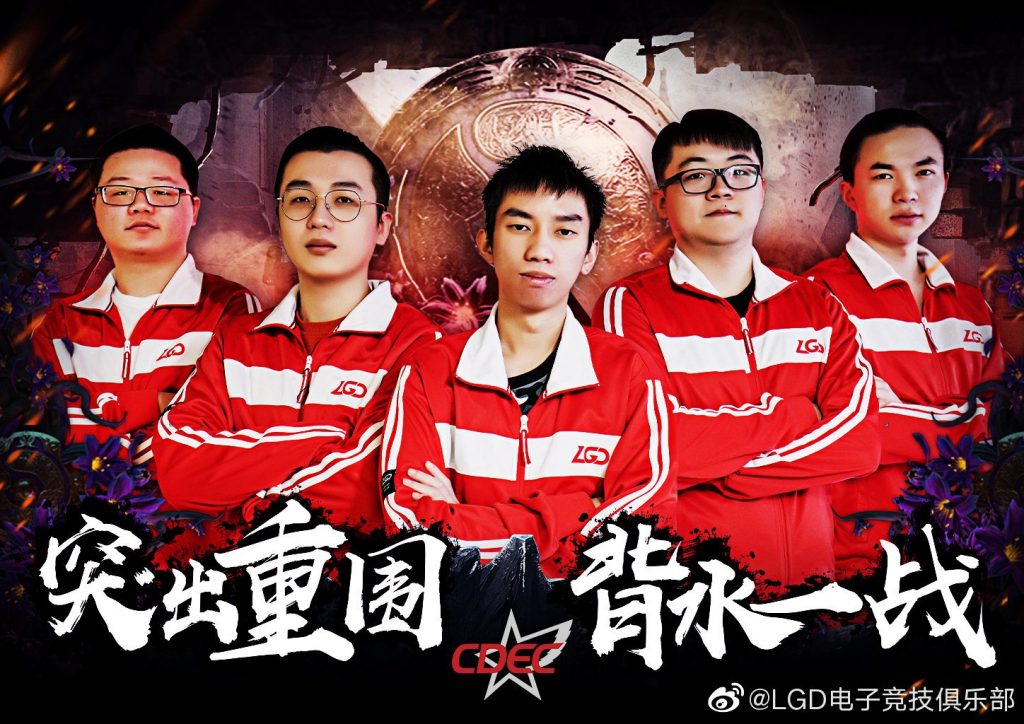 The group stages of The International 2019’s China Qualifier wrapped up today in a dramatic fashion. After almost 24 hours of Dota 2 over two days, (thanks to a trio of tiebreaker matches) Invictus Gaming, CDEC Gaming, Royal Never Give Up and EHOME are headed to the playoffs tomorrow.

The performance of Chinese teams on the international stage has been hit and miss this season. The region’s teams have had problems against the top European and CIS teams, with only Vici Gaming finding consistent top-three finishes.

One team in the China qualifier embodied a lot of these consistency issues – Newbee. Newbee has worked an exhaustive schedule this past season, competing in almost every Dota Pro Circuit tournament they were eligible for, while also attending a slew of local and regional events. However, their success has been minimal and their 3-4 finish/elimination from the qualifiers is representative of that.

In complete contrast to Newbee, Invictus Gaming have defied all early-season expectations to perform their best in this qualifier so far. They look a definite step above the competition in the qualifier, executing more fluidly on their timings and their team compositions. This is in direct contract to their performance throughout the DPC as the team had failed to qualify for tournament after tournament. Perhaps on the biggest stage of the year, they’ll be able to break that streak.

One obstacle in Invictus Gaming’s way will be Royal Never Give Up. Another under performer on the international stage, RNG has a fitting name when you consider their inconsistency. After a great showing to qualify for this year’s OGA Dota PIT Minor, the team has floundered. But in the China qualifier group stages, they consistently found great fights, outplaying their opponents again and again.

Everyone is dead! It's a massive teamfight by Team Serenity and @RNGRoyal as they fight in the China Qualifiers. pic.twitter.com/guXvTXGSHw

Beyond the two top performers, the group stage of the China qualifiers stalled as the second day came to an end. A three-way tie between EHOME, CDEC Gaming, and Team Aster led to three additional matches. Of the teams in the tiebreaker, it was most surprising to see EHOME in such dire straits. Earlier in this season’s DPC, the team was top performer, gathering a respectable amount of points from first and second-place finishes in tournaments, and was comfortably on their way to TI9. But after a series of roster changes and loans, the team seemed to fall apart. Now they were battling for survival in a tiebreaker.

CDEC looked most likely to be the loser of this situation, especially given the teams recent record. But a repeat of their earlier victory over EHOME and another over Aster ensured they would continue in this tournament. Aster themselves looked incredibly sketchy. While Ye “BoBoKa” Zhibiao, played absolutely out of his mind throughout the group stages, single-handedly carrying the team at points, the two carry players on trial, Liu “Kamma” Chang and Kee Chyuan “ChYuan” Ng never showed signs of life. With such a potent trio in their 3 to 5 roles, Team Aster deserved a better result. But a lack of performance on their carries sealed the team’s fate.

Invictus faces EHOME tomorrow in a match the former is heavily favored to win. Their showing in groups was almost flawless, and they look like immediate contenders at TI. At the same time, CDEC meets RNG, a team that’s been a staple of the DPC clashing with one of the strongest open qualifier teams in the region. As the host nation, Chinese orgs are sure to be a focal point at TI9. Already the group stages have given us tiebreakers and tragic losses and we’re sure the playoffs will deliver even more upsets.