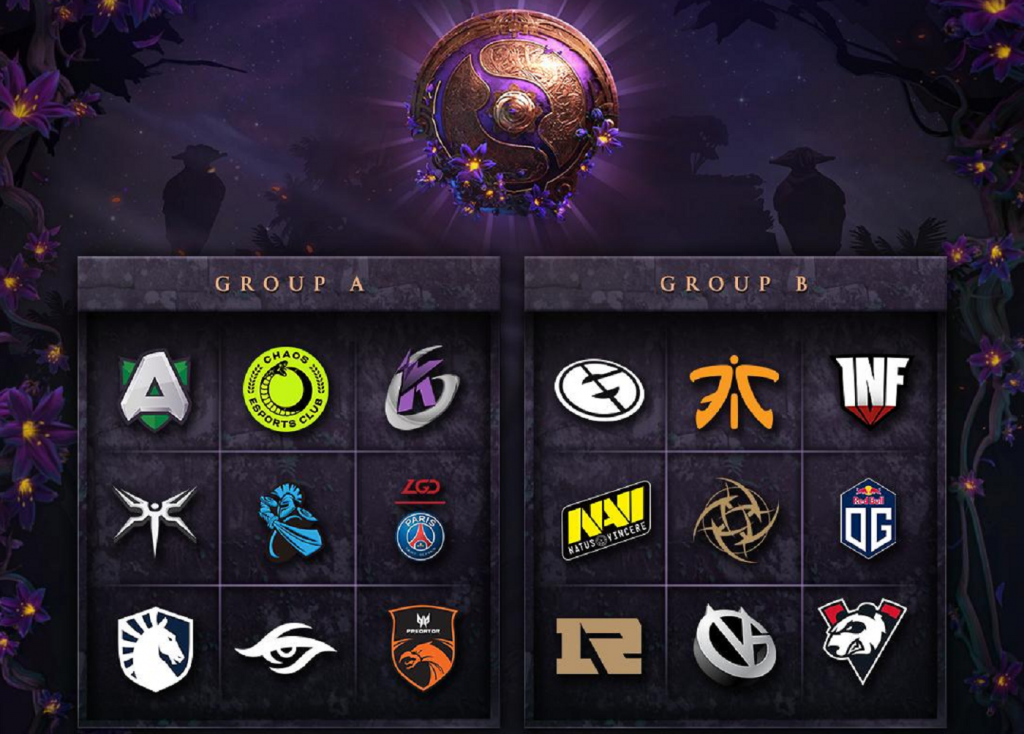 The International 2019 groups have been released, along with a full schedule for the group stage. (Image via @wykrhm / Twitter)

Valve has released The International 2019 groups for the group stage of the US$32+ million tournament.

All 18 teams have been split into two nine-team groups.

In terms of Dota 2 Pro Circuit results, Group A features the first, fifth, sixth, ninth, tenth and twelfth teams, with the qualifiers for Southeast Asia, Europe and North America rounding them out. Group B has the second, third, fourth, seventh, eighth and eleventh teams with qualifiers from China, CIS and South America. An argument could be made that the second group is stronger due to the slightly higher average placing of the teams in the DPC. It’s important to remember that some teams will have earned points earlier in the season and might be weaker by comparison now.

The first day begins at 9:00 p.m. EDT. It will feature five sets of series, with four series running simultaneously. The first set will be Group A series, the second Group B, the third Group A and so on. Day two will begin at the same time on August 15, with Group B games first.

The full first-day schedule for The International 2019 groups is as follows:

Vici Gaming vs Royal Never Give Up
Virtus.pro vs Ninjas In Pyjamas
Evil Geniuses vs Fnatic
OG versus Natus Vincere

Virtus.pro vs Royal Never Give Up
Evil Geniuses vs Natus Vincere
OG vs Infamous
Vici Gaming vs Fnatic

See also our TI9 Predictions: Winners, Targets, Underdogs and More!
Check back with Hotspawn for our complete coverage of The International 2019.