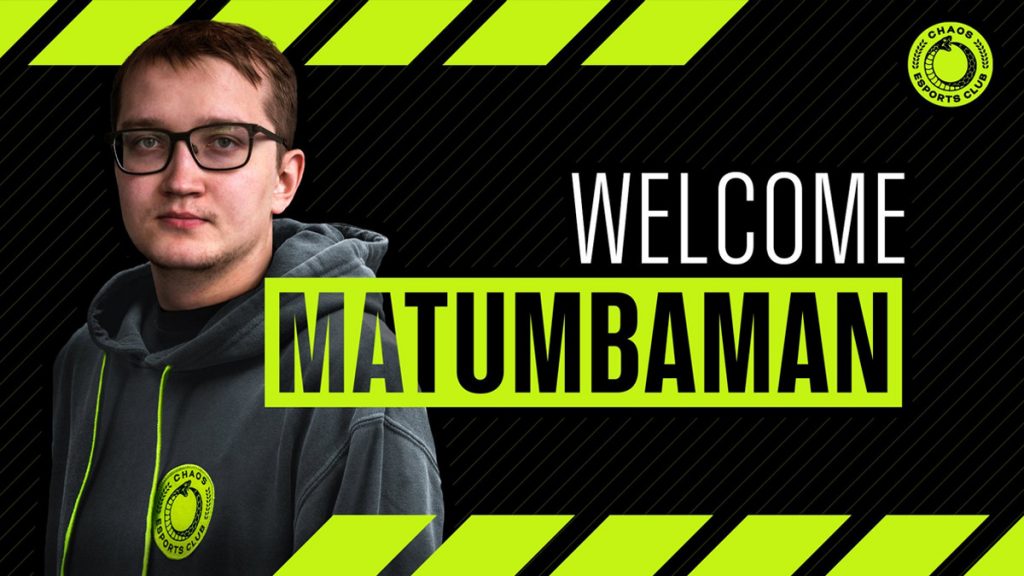 The start of TI9, Dota 2’s biggest tournament of the year is just hours away. Each year the event brings twists and turns, with heroes forged in victory, while the defeated leave to lick their wounds until next season. Eighteen teams will compete for a share of over US$32 million, and the chance to become a world champion. Ahead of all this excitement, read up on three of the most exciting stories to follow during this one of a kind event.

When Lasse “MATUMBAMAN” Urpalainen and Team Liquid parted ways, it was the first roster change the organization had made in two years. The success of Team Liquid with MATUMBAMAN over the preceding three-plus years had been incredible, with only a recent lull in performance. A lull that arguably affected the whole team rather than one individual. When he was released earlier this year, fans and analysts alike were left questioning whether this roster swap was what TL needed.

As TL competed at the EPICENTER Major, not a match passed without MATUMBAMAN’s being spammed in Twitch chat, declaring that he was, or wasn’t the problem, depending on the team’s performance. With a second-place finish there, TL looked on top form without their former carry player. That, it seemed, was the end of the story.

Until MATUMBAMAN, along with his new team Chaos Esports Club, ran the gauntlet to qualify for TI9. And then, just days before the start of the tournament, the grudge match we all hoped for was set in stone for group stages. Chaos EC would face TL, with MATUMBAMAN competing against his former team for a chance at TI glory.

Now, of course, there’s no official beef between MATUMBAMAN and his previous team. Both sides parted amicably, and neither has mentioned anything else since the split. But you can be sure that Twitch chat, casters, and viewers alike aren’t about to let get in the way of the potential for a great rivalry. Their day one, group stage match is going to be heated, and only get hotter, providing both escape elimination.

Is The Bear Still Sleeping?

Virtus.pro were one of the favorites to win TI9 as early January this year. Incredibly showings at a pair of Majors, with only Team Secret seemingly able to stand in its way, the Russian bear looked to continue it’s run until August. But after a second-place finish at DreamLeague Season 11, the team seemed to hibernate. Now it wasn’t just Secret that could hold their own against them. It was Vici Gaming as well.

Virtus.pro slumbered through the end of the season. At the Majors they did attend, the Russian powerhouse felt like a shadow of its former self, and was completely absent from the ESL events it had usually dominated. And yet still there were signs that this was the team to beat at TI9. At EPICENTER, the team would post a third-place finish, in an event that would shape the face of upcoming International.

Shanghai deserves its own bear. Introducing our logo and uniform for TI9 #GOGOVP pic.twitter.com/w2kyeIaEmG

In preparation for their TI9 run, VP unveiled a new logo, a homage to the host nation of the tournament. But more than a friendly gesture, this was a stamp of ownership. TI9 would be VP’s tournament. And they had the logo to prove it. A cornered animal is at its most dangerous, and now with everything to prove, Virtus.pro are ready to strike.

Can China win on Home Turf?

China has been a Dota 2 powerhouse since the game’s inception. Multiple TI titles rest in the hands of the host nation, along with a hundred other accolades. And yet this year, China has a relatively small number of representatives, especially when compared to reigning regional champs Europe. Before last year, China and western teams had taken turns swapping TI victories, until a miracle run by OG bucked that trend. At TI9, Vici Gaming, PSG.LGD, Keen Gaming, and Royal Never Give Up aim to return things to the status quo.

Vici Gaming is a strong contender to pull off this feat. The team was victorious in two Dota Pro Circuit Majors this year, and have looked in unstoppable form after a dominant showing at EPICENTER. Similarly, LGD are no slouches. Last year’s runners up will be gunning to claim a title they would rightfully have, if not for OG’s incredible performance. Even the supposed “second-tier” of Chinese teams, Keen and RNG have been in constant competition for top finishes this season.

It seems unfathomable that none of these teams will make it deep into the tournament. There’s no doubt the era of dominance by China in Dota 2 is over – for now. But with such a high level of talent in their top teams, don’t be surprised to see a victory for the home team, in front of home-crowd fans no less. This year is China’s chance to shine. Don’t expect them to squander the opportunity.