Three Mid Laners That Could Replace Bjergsen on TSM 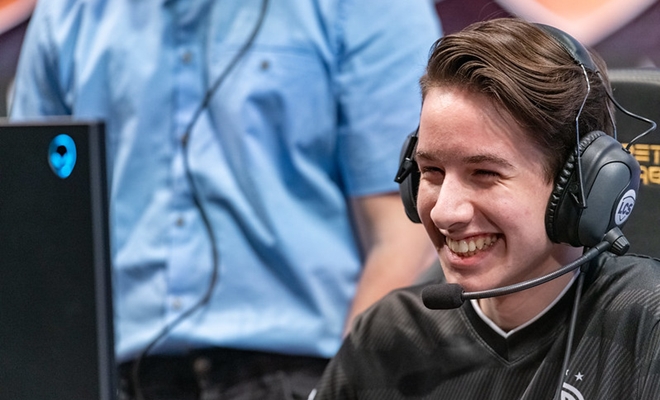 After finishing top four in Spring and top two in Summer with TSM Academy, Evolved has had a smooth transition from content creation to pro play. (Photo courtesy Riot Games)

When TSM’s prolific mid laner Søren “Bjergsen” Bjerg announced his decision to step into the role of Head Coach for the team, the League of Legends Championship Series lost a larger than life talent that consistently pushed his competition to improve. This offseason, TSM and Bjergsen will be tasked with finding a replacement who’s not only skilled enough, but also has the drive and potential to challenge the region’s top mids.

Following another poor showing from North America at the 2020 World Championship, the pressure is on now more than ever for teams to give the region’s young talent a chance to shine. Whether TSM decides to invest in an inexperienced player who can be molded to follow in Bjergsen’s footsteps or they spend big on a powerhouse that can hit the ground running, this may be one of the most important offseason moves in the LCS this year. But who could they pick?

If there’s anything we learned from watching Heo “ShowMaker” Su win the 2020 World Championship with Damwon Gaming, it’s that Katarina one-tricks are pretty good at the game.

From full-time Youtuber to Academy stud, Evolved is looking to be one of the more likely candidates to take up the coveted role of TSM’s new mid laner. He’s already done more than enough to prove his potential as well. In his first ever Academy split back in Spring 2020, he finished top four, followed by a second place finish in the 2020 Summer Split.

Despite favoring more mechanically expressive champions, Evolved has shown proficiency on a wide variety of champs throughout his short time with TSM Academy. He leaned more towards control mages like Syndra and Azir back in Spring, and broke out LeBlanc and Akali picks for Summer.

Out of all available options, choosing to promote Evolved would probably be the one with the lowest risk and highest reward.

The next in-house candidate is someone with a much smaller platform, but a lot eyes on him. Sword first joined TSM as a part of TSM Junior, an amateur development program started by the org. Unlike Evolved, Sword’s only experience playing in even a mildly-competitive setting comes from participating in the 2018 Tyler1 Championship Series and three separate Twitch Rivals tournaments.

A quick Google search, however, and you’ll see that he’s a walking highlight reel and heavily respected by other high-elo players on the server.

If TSM are looking to find a player that they can help build their own legacy rather than try to mirror Bjergsen’s, Sword may be their best bet. He recently turned 18 this past September, so he has his entire career ahead of him still. His story is also very similar to Bjergsen’s: a young, mechanically gifted mid laner with little experience is thrown headfirst into the LCS to prove himself against the region’s best.

For Sword, the biggest barrier will be his lack of experience compared to his upperclassman, Evolved. While clearly gifted, going all-in on Sword for 2021 is an incredibly risky play that TSM may not be willing to make.

This is without a doubt one of the wildest options TSM could go with this offseason, and while Humanoid’s name could probably be replaced with any of the top mids in Europe, he’d be a great pickup if TSM are looking to spend big on Bjergsen’s replacement.

Despite being a young player with only two years of experience playing in the League of Legends European Championship, his resume is incredibly impressive. He’s achieved top four finishes across three out of four splits he’s participated in (he finished fifth in Summer 2019 before running the gauntlet), back-to-back World Championship appearances which include making Quarterfinals in 2019, and he was part of the first team to ever defeat G2 Esports domestically in a best-of-five during 2020 Spring playoffs.

Humanoid is everything TSM would want in an imported mid. Experienced enough to make the team a contender for the title, but young enough to still have the hunger and drive to learn with someone like Bjergsen as his coach.

If TSM were to buy out Humanoid’s contract, it’d surely be a controversial decision. The value of young talent his higher now more than it’s been in recent years, and TSM is sitting on arguably two of the best non-LCS mids in the region. There would be an incredible amount of pressure for Humanoid to show up and prove his worth as an import.

Free agency begins on November 16th for the LCS, so it’s unlikely that we’ll hear anything until then. It also seems unlikely that TSM would overlook players like Evolved and Sword who’ve been developed by the organization for at least a year, and with rumors of top laner Sergen “Broken Blade” Çelik’s departure and the possible addition of an imported bot lane, their value will surely rise.

Regardless, whoever TSM decides on for the role will be exciting to watch since they’ll have been hand-picked by a player as celebrated as Bjergsen. Fans desperately waiting for news and rumors shouldn’t worry too much about TSM this offseason.