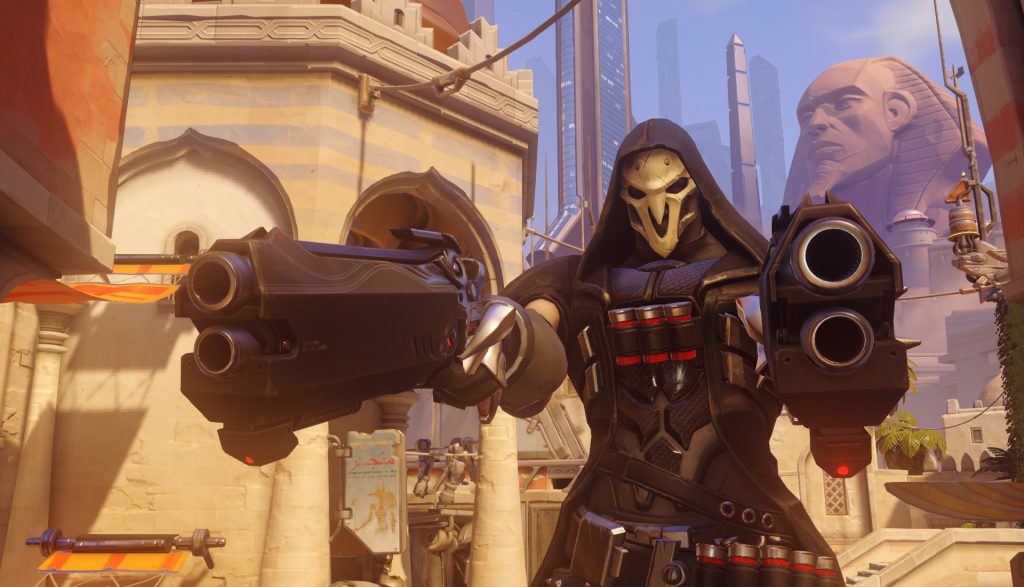 Three heroes have gotten a big boost in playtime with the Overwatch League 2-2-2 role lock, including Reaper. (Imave via Blizzard)

This was a week of upsets in the Overwatch League with some of the top-performing teams failing to perform well amidst the confusion of the 2-2-2 meta. While we knew there would be some upset, most of us didn’t think that it would be the bottom teams in the league who would be out-playing Overwatch powerhouses like the Vancouver Titans or the New York Excelsior. How are the lowest-ranked teams in the League able to confidently clean sweep teams that have unstoppable thus far? When it comes down to it, there are two clear reasons why the previous Overwatch leaders are failing to perform and bottom tier teams are succeeding: hero selection and execution.

Perhaps one of the biggest upsets of the week was the Vancouver Titans and Washington Justice game on Sunday, August 4. Going into this matchup, the Titans were 22-1 and clear leaders of the Overwatch League, but that all changed on Sunday when the Justice handed the Titans their second loss of the season. The key for Washington? Corey on Hanzo.

These picks indeed, @UberShouts. 😱 @Corey_OW is putting on an absolute CLINIC! #OWL2019

Hanzo has become a staple hero in the 2-2-2 meta, and teams who do not have any way to counter this powerful hero or do not know how to play it will not see any success in this Stage. Corey’s Hanzo had 63 kills and 15 deaths in the series earning him several first-place rankings in multiple categories including headshot percentage.

Some of the analysts, such as Soe, argued that this matchup felt more like a scrim than an OWL series. While that could explain the Titans awful performance, the reality is that I don’t think the Titans have a good grip on the meta. They had no way of dealing with Hanzo and they don’t have anyone to play this game-defining hero. And before you say it, no, Park “Bumper” Sang-beom on Hanzo would not be a good choice.

While it’s true that Hanzo didn’t fit the pre-2-2-2 meta, teams like the Washington Justice have recognized his potential and played him with scary results. This could be because bottom-ranked teams have been experimenting with heroes over the past couple of months, trying to desperately find something that could counter GOATS.

The Snow Queen herself, Mei is perhaps the most surprising hero to enter the 2-2-2 meta with successful teams playing her more as a staple in their lineup. Mei saw such little play before the role lock. Seeing her in competitive play normally spelled disaster, but now she’s one of the most frequently-picked heroes. In the Chengdu Hunters and New York Excelsior series, Mei was run a couple of times by the Hunters with great success. NYXL’s Kim”Libero” Hae-seong also tried to play Mei, but his performance felt more thawed than frozen.

It’s obvious players are not familiar with certain heroes now that they are forced to play to the rules of the role lock, and Mei is a hero that is either hit or miss. Her Ice Wall can be a great attribute to a teamfight, a push or even just to stall out while teammates recover. But comparing either of NYXL’s DPS player performances on Mei to Jinmu’s just isn’t fair.

When it comes to Mei, the issue isn’t that teams like NYXL or the London Spitfire aren’t running the hero – it’s that they aren’t sure how to properly use her in a teamfight. And if there’s any better indication that Mei is here to stay, we’re in need of a good Mei/Reaper name!

What should we call the Mei Reaper composition we keep seeing teams play?

Respond to this tweet with your answer for a chance to be featured on the broadcast!#OWL2019 @overwatchleague pic.twitter.com/B3hcmkzl6O

Reaper is the third hero that lower-ranked OWL teams have been using with staggering success. In Dexerto’s interview with Washington Justice’s Corey “Corey” Nigra, Corey admitted that Reaper’s E is, “really, really strong” Spending his time in the shadows or destroying a team’s tank line with a few shots, Reaper is a key part of a successful team’s lineup.

Florida’s use of Reaper in their series against the London Spitfire was a prime example of an under-performing team being able to utilize new meta heroes with near-perfect execution. Ha “Sayaplayer” Jung-woo’s Reaper outplayed Kim “Birdring” Ji-hyeok’s Reaper on Lijiang Tower, flipping the point and winning the map. Teams cannot simply draft the latest hero in the meta without first having their players get accustomed to the hero. London cannot rely on the past performance of their star players in this vastly different meta.

This has been a weird week. Not that we're complaining… pic.twitter.com/S5yvv2QGt5

There’s a pattern slowly emerging from Stage Four: forget GOATS and adapt. Top teams like the Vancouver Titans are struggling with adapting. It makes some sense, they were unstoppable in the GOATS meta. Three Stages of GOATS could leave players stuck and inflexible with their hero pool, then they’re expected to learn new heroes within just a few short weeks. It’s curious to see that it’s the lowest-performing teams like the Florida Mayhem and the Washington Justice who’ve flourished in the 2-2-2 meta while the top teams are starting to falter. It’s a matter of who was willing to truly play about with compositions during the past couple of Stages, and the truth is that those at the top weren’t willing to deviate from what was winning them games.