Three ARMS Characters We Want to See in Smash Ultimate 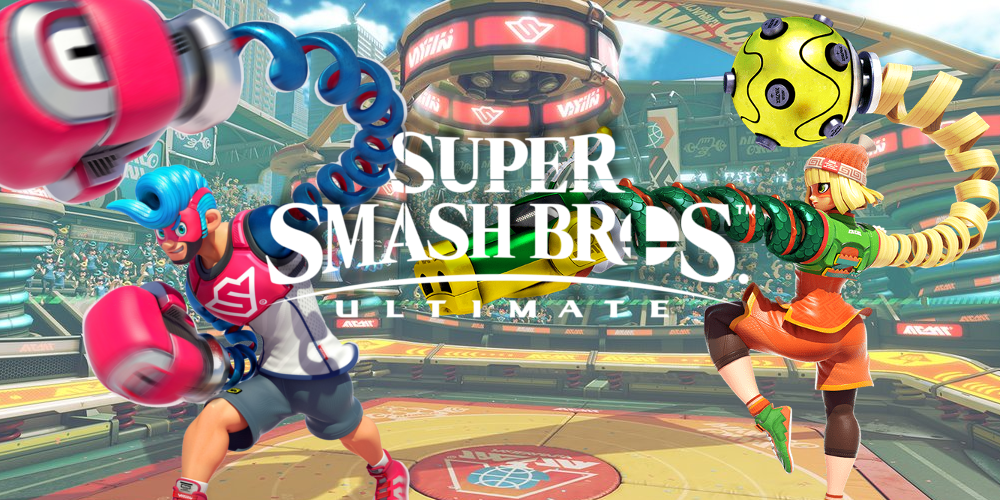 The latest DLC character to come to Smash Bros Ultimate will be from ARMS. (Photo courtesy Nintendo)

Love it or hate it, ARMS will be the 6th franchise to join Super Smash Bros. Ultimate as DLC, despite many rumors to the contrary. This has left the Smash community somewhat divided – while it is a new Nintendo rep for the game, the series has had a reception that was lukewarm, at best. However, the character’s springy limbs were ones that instantly could become iconic for Smash Bros ultimate, and provide another much needed zoning character in a game that’s largely about getting in your opponent’s face.

Here are three characters from ARMS that could be good for the game’s debut into the Smash Bros. universe, as part of the playable roster.

We know what you’re already thinking – he’s already in the game! He’s an assist trophy! Why should he get the honor of being the only character to appear as an assist trophy and then cross over as a playable fighter?

There’s a few reasons for this — for one, Sakurai loves making a statement with each new character he puts in the game, and something that makes them unique. Being the only character with this distinction would qualify as something like this. Then, with Spring Man already having a model in the game, this would drastically reduce the amount of work needed to make him a playable fighter. 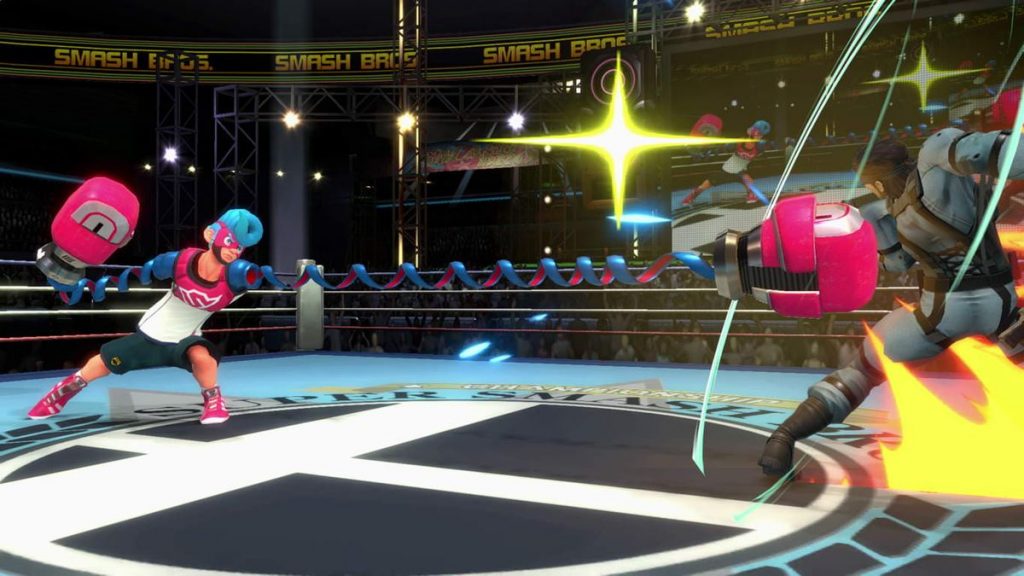 Due to his behavior as an Assist Trophy, we already have an idea how he might play. He would be a zoning character with extremely long hitboxes, and decent recovery options. His up B would likely involve some sort of tether or slam move that would double as a way to grab back onto the stage. His reach, at least in trophy form, is even longer than Simon Belmont’s whip, while his final smash is the Rush mechanic from ARMS, which all fighters can do, which is just a rapid series of long range punches similar to DK’s but with a longer reach.

Min Min has been one of the most popular requests for fighters from ARMS due to her unique playstyle. In ARMS, she has a parry mechanic where she can deflect attacks from midair with her kicks. There are not many fighters in Smash Ultimate who focus on kicks, much less deflecting attacks, unless this is realized as some sort of counter.

Additionally, she has a long range weapon called the Dragon attachment. He entire left arm changes into the body of a Dragon when fully charged, and she also has a heavy ball attached to her left arm. These kicking attacks, combined with the ARMS attachments, could make for an interesting agile fighter that can play both at range and up close and personal. Any ARMS character is able to stretch their limbs too, easily fitting into the “distance demon” category that Sakurai has become fond of since the release of Byleth.

Given the character’s popularity, giving into fan demands might soothe some of the backlash that’s come up from ARMS’ addition to Smash Ultimate, as well.

Paired characters are something of an oddity in Super Smash Bros. The only one in the series at present is Ice Climbers. However, ARMS has its own duo that could make their way to Smash Ultimate, should Sakurai and his team prove ambitious enough.

Byte and Barq are a police duo in ARMS that fight together in combat. During battle, the robot Byte is known to stand on his dog Barq before leaping onto the opponent. Barq has his own punch attacks as well. When charging, Byte & Barq will combine their bodies for an extra powerful two-fist punch, which could give them an interesting mechanic that would differentiate them from the Ice Climbers.

Since the game already has coding to use a paired character, it might be easier for Sakurai to develop something similar for the police duo. There has yet to be a character with a fusion like this, as the two combine to form a fighter as they fight longer together. Perhaps this could happen with a percentage trigger, as you climb higher in combat, giving them a sort of rage mechanic similar to Lucario’s Aura.

Byte and Barq use the Seekie, an electric missile weapon, that gets more powerful the further away they are from the opponent. This would fit in with the zoning mentality that ARMS would seem to lend itself to.

While we won’t know until June who the newest addition will be, we know that any character from ARMS will be a welcomed one to the game’s DLC.