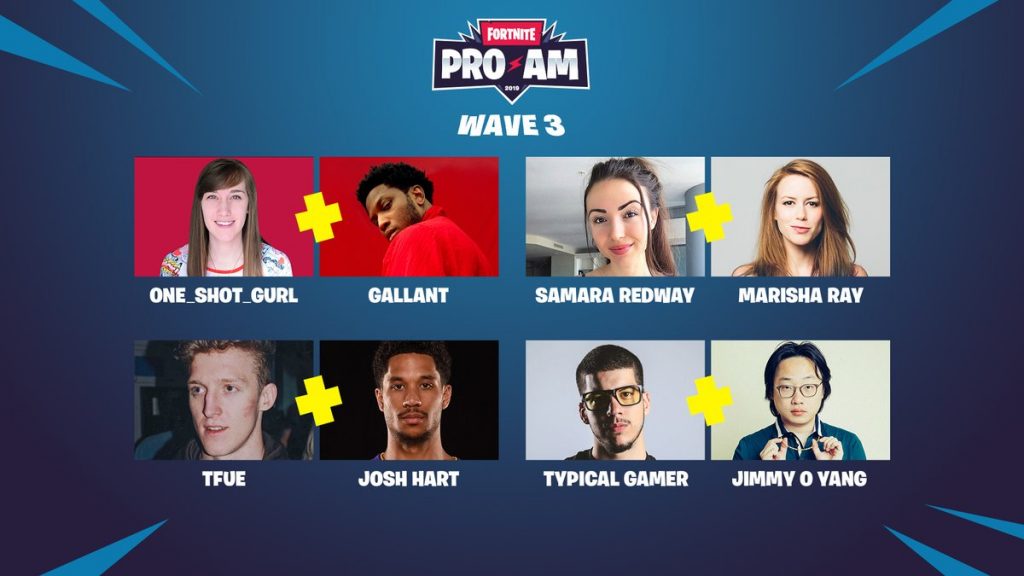 The highly anticipated Fortnite’s Summer Block Party hosted by Epic Games is nearing. The video game development company announced the third wave of participants for the Celebrity Pro-Am tournament, which will be held on June 16, on the second day of the event. Epic Games announced the first four duos on May 15 and 17. This will be held at the Forum in Inglewood, California.

To go along with this quartet of duos, the current teams are:

The most notable addition in this batch of duos is Turner “Tfue” Tunney, who is considered to be one of the best players in the game. Although, he will not be representing FaZe Clan due to his ongoing legal battle with the organization.

On June 15, the Summer Block Party will begin with a brand-new Fortnite Creative game, where eight teams of four will fight it out on a custom-designed game, specifically for the event.