The Perpendicular Paths of KennyS and shox 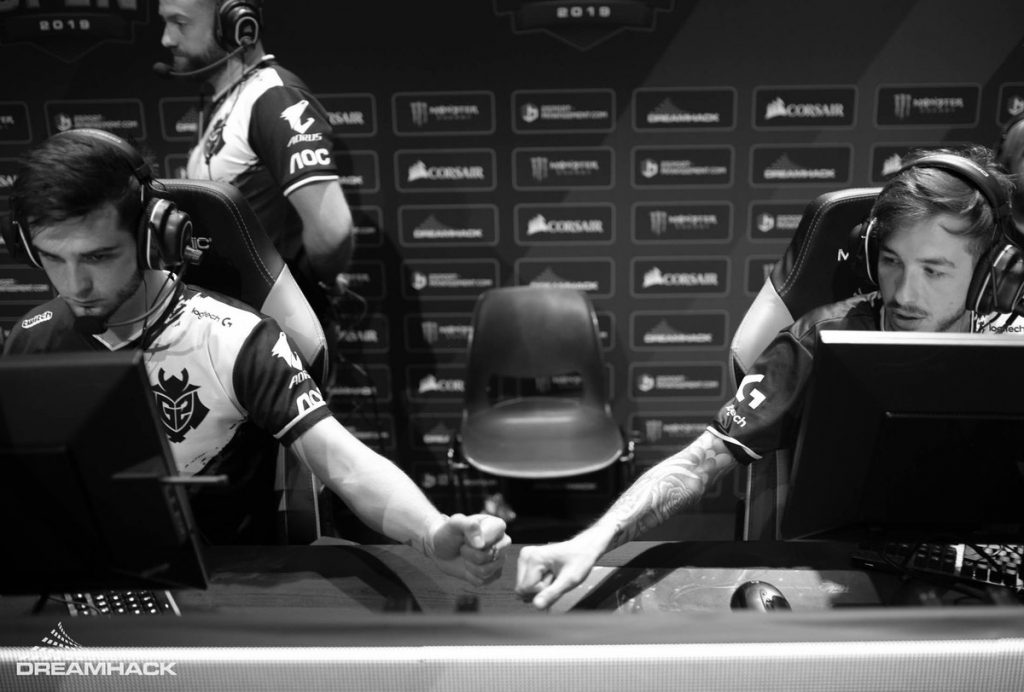 kennyS and shox are France's two biggest historical stars but both have been stronger apart than together despite their reputations. (Photo courtesy Photo credit: Alex Maxwell / DreamHack)

The storied history of French Counter-Strike is best viewed through two particular stars. Richard “shox” Papillon and Kenny “kennyS” Schrub survived dramas, shuffles, the highest highs and lowest lows but the majority of their careers have been spent apart from each other. Both had similar experiences but from opposite sides of the scene.

When the stars aligned on G2 Esports in 2017, the prophecy many expected to come true of French dominance and a duo for the ages failed to be realized. Now separated once again, kennyS looks alive again on G2 while shox’s exile saw him land on Team Vitality alongside one of the most impressive prospects to emerge in Global Offensive.

Counter-Strike: Source was the starting point for France’s top level players. The VeryGames organization became the first professional salaried team in the region throughout its existence. There were three instances where shox was playing for VeryGames across CS while kennyS was under the organization for the switch to Global Offensive but was part of the team only once.

It was on shox’s third outing with VG that he, in fact, replaced the outward-bound kennyS in 2013 and this would not be the last time the two players would narrowly miss each other on rosters despite being vastly different in terms of roles and positions.

During the first of the now-infamous French shuffles, kennyS stood by renowned in-game leader Kevin “Ex6TenZ” Droolans while shox moved from Epsilon Esports to Team LDLC in 2014. Despite kennyS’ Titan having taken the Major spot via the signing of a new trio, he would miss DreamHack Winter 2014 as a result of the French VAC ban wave that saw Hovik “KQLY” Tovmassian banned and Titan disqualified from the Major. With Epsilon also disqualified thanks to Gordon “Sf” Giry also being caught up in the scandal, shox and Team LDLC claimed the Major title in Jönköping.

LDLC later became Team EnVyUs continuously led by Vincent “Happy” Schopenhauer. The rival squads under Ex6TenZ and Happy have reliably had either kennyS or shox in their ranks. While kennyS had previously been loyal to Ex6TenZ, he would go on to win his only career Major so far with Happy at DreamHack Open Cluj-Napoca 2015 and claim the MVP award following the second French shuffle.

Compared to the drastic changes made in 2014, this second shuffle was relatively simple. The strong bond between shox and Edouard “SmithZz” Dubourdeaux saw their behaviour alienate their other teammates and eventually led to the duo being replaced by kennyS and Dan “apEX” Madesclaire from Titan.

shox’s transfer to Titan would be a blessing in disguise as, while the team was left orgless following Titan ceasing operations, G2 Esports became a new home for the players. Ex6TenZ initially continued to lead, shox would take over captaincy and replace the Belgian with French prospect Alexandre “bodyy” Pianaro.

Meanwhile, kennyS remained on EnVyUs following the removal of ‘the problem’ Fabien “kioShiMa” Fiey with mediocre results continuing. G2 won the ECS Season 1 Finals but even without Ex6TenZ, the Major curse continued to haunt the players. Both teams needed changes and it would be the third French shuffle that brought the most significant shift in the world of French Counter-Strike.

The superteam struggled to find consistent form however, and conflicts of the past once again saw tensions bubble over between shox and NBK. While shox and kennyS seemed like a surefire duo for success, the partnership never had the same levels of impact and in-game fear inducement that shox and Adil “ScreaM” Benrlitom had at their combined peaks in 2016. 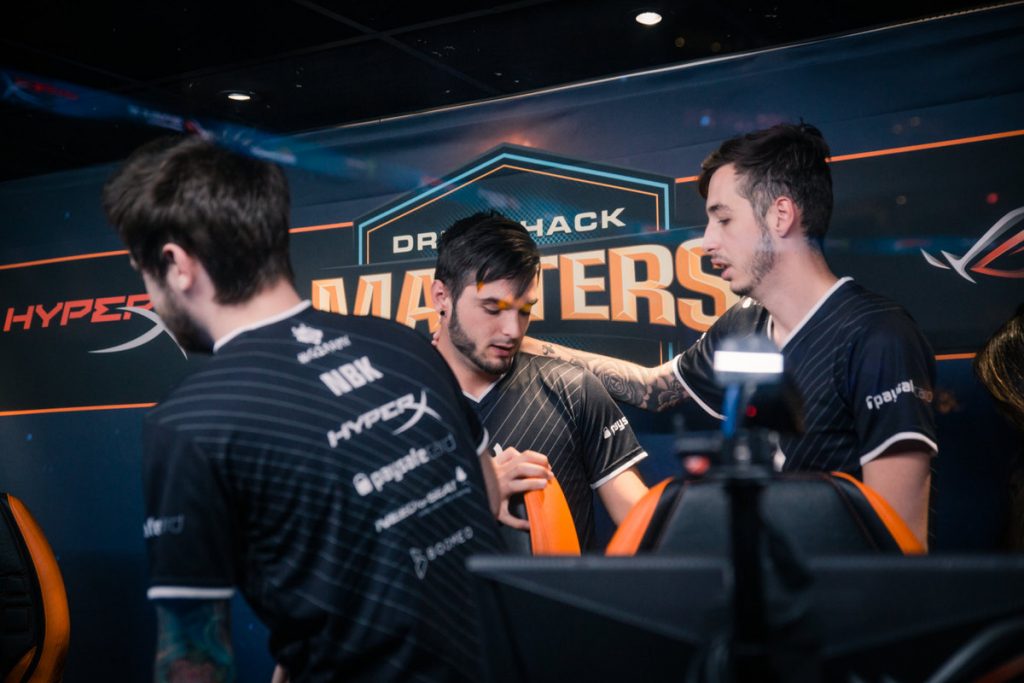 While G2 were able to claim a Legends spot at the ELEAGUE Boston Major 2018, changes were once again in the air. As captain of the squad, shox expressed a desire to bring back SmithZz and Ex6TenZ in 2018 but treatment for a wrist problem saw him benched while NBK was allowed time to run his own temporary project with Oscar “mixwell” Cañellas.

Two-fifths of the superteam would end up being removed once shox returned and kennyS was supportive of the moves, with bodyy being the only detractor needing to be convinced. After the hype of 2017, the following year saw G2 struggle in ways that not even kennyS and shox could save. Playoffs at ESL One Cologne 2018 were a highlight for the roster that was failing to get through qualifiers and unable to make any meaningful impact at any further events.

It was clear that kennyS, a player known for his emotion being linked deeply to how he plays, was lacking the confidence and self-belief on a roster that he was unable to carry forward. Neither Ex6TenZ nor SmithZz could reliably put up numbers and bodyy as a third star simply didn’t work. Shox, too, struggled to perform statistically even with the burden of leadership off his shoulders. 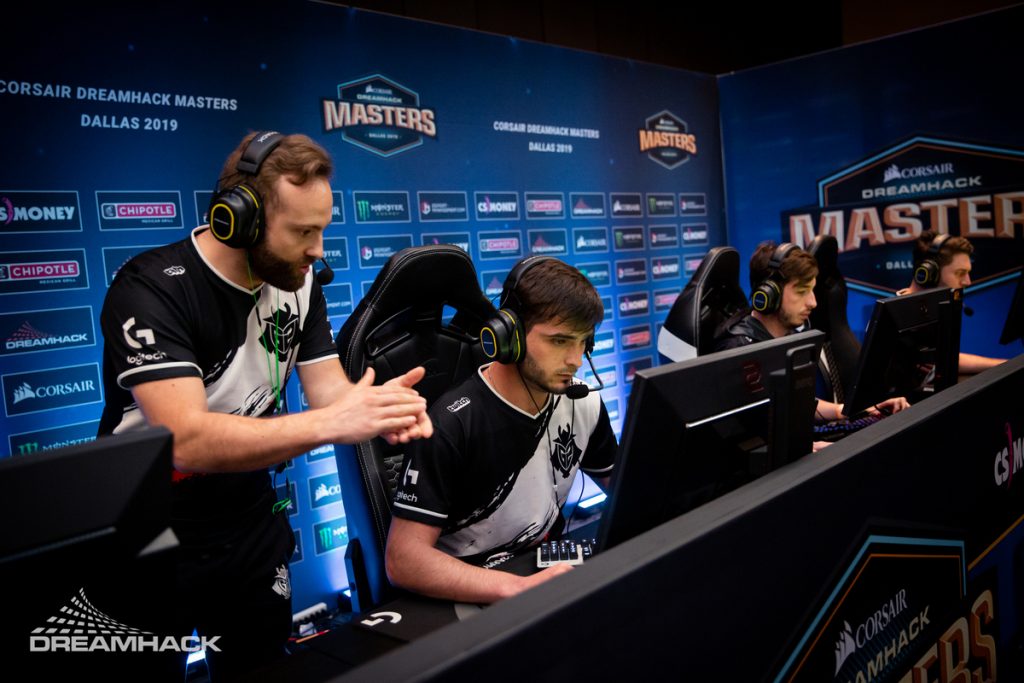 The end of 2018 saw the rise of new French rivals. While EnVyUs had dropped its French lineup and the remaining players scattered, NBK and apEX were able to join up with Happy and Cédric “RpK” Guipouy to form an experienced backbone for what would become Team Vitality’s first foray into Counter-Strike. Vitality’s biggest asset was Mathieu “ZywOo” Herbaut and the prince that was promised breathed new life into French CS as well as the reigning AWP king.

Other new blood joined G2 and when an opportunity arose to sign a duo from CR4ZY, shox was benched to make way for new leadership.

Vitality had the choice to pick between shox and kio, opting for the former despite the significant buyout needing to be paid to G2. While initially shaky and the loss of Alex “ALEX” McMeekin added to woes, Vitality are now improving rapidly and shox is starting to have more moments of nostalgic brilliance.

kennyS has equally improved, showing his old form and being a crucial part of G2’s success with the new lineup. After being absent for two years, he will likely make a well-earned return to the top 20 players of the year list by the end of 2020.

G2 and Vitality are both contenders for the number one spot as the best team in the world. Both kennyS and shox are flourishing but it has come at the price of being apart once again, it’s unlikely that they will find themselves competing together any time soon.

The legacies of the two players are secured and they remain some of the greatest players to have touched the game, but these are distinctly separate stories with destiny only allowing them to meet briefly. Two rival French teams competing with stars on both sides has been the natural order of things for many years and that doesn’t look set to change, with any superteam perhaps holding more potential than it could ever realise.