The Most Disastrous CS:GO Roster Moves Ever 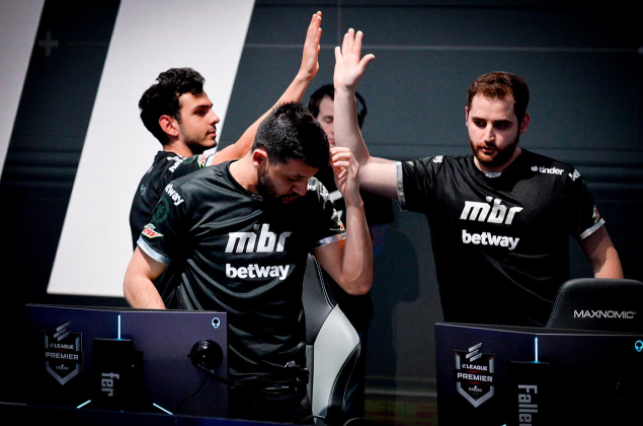 Building a CS:GO roster is hard. Making moves is always a risk for whoever is making them. In CS:GO, and in esports as a whole, there’s no high draft pick awaiting a team that has a terrible year. Unlike traditional sports like football and basketball, there’s no reward for being bad. In fact, in the earlier days of League of Legends, it was more like soccer, where being really bad might have meant a boot out of your league via relegation. Some smaller regions actually still have a relegation system to this day.

While the threat of relegation isn’t felt by the managers and owners of prominent CS:GO teams, the danger of falling to a lower tier of competition is always lurking, which would mean less eyes on your product, less prize money and sponsorship opportunities, and more eyes on the blinking “reset” button. Full-on resets like what Complexity accomplished, and now what C9 are hoping to emulate, aren’t so common, but there have been plenty of roster moves big and small over the years.

Some moves take a long time to produce the desired results, like the aforementioned Complexity juggernaut, which languished in early online play but have now hit a stride at BLAST events and holds a top five global ranking. Some moves peaked early, like FaZe’s acquisition of olofmeister and GuardiaN in August 2017. Some moves can just be good, and some can just be bad.

But some moves were so awry, so unproductive, and so damaging that none of the parties involved gained or achieved anything, and these moves had to be changed or outright reversed just to salvage something. And there’s only one word to describe them: disastrous.

Stewie and Tarik’s (Not So) Excellent Brazilian Adventure 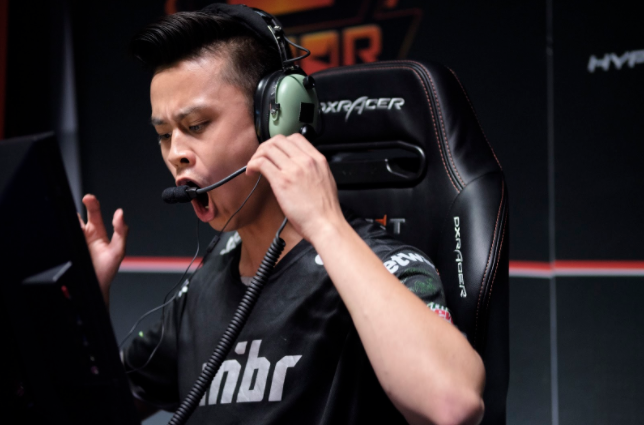 This move hit all the disaster checkmarks: unbelievably high expectations, tremendous letdown, and it destroyed something beautiful (the Cloud9 Boston roster) to make it happen. Stewie departed from the reigning major champions just a couple months after the C9 victory for SK Gaming. After they rebranded to MiBR in June, tarik joined the roster in July. Between the two of them, coldzera, FalleN, and fer, this Americas CS:GO hybrid on paper should have been the best team in the world.

One thing they weren’t able to get over was the actual best team in the world, as MiBR got eliminated from three different events by Astralis in just five months, and two of those came in the grand finals. They found themselves bounced early from some big events like ELEAGUE and IEM Chicago, and their only notable accomplishments were a win at ZOTAC Cup Masters against a lesser pool of competition, and a semifinals appearance at the FACEIT Major in London.

Not only did this move destroy and hopes of seeing what the Cloud9 roster could do after Boston, but the two focal players both went on to greater success, with Stewie getting traded to Team Liquid and tarik going to NRG (later signed by Evil Geniuses). While statistically there’s little change for either player from MIBR to post-MIBR, both find themselves in better situations and more satisfying results at events. Unfortunately, the same cannot be said for MiBR’s present situation… 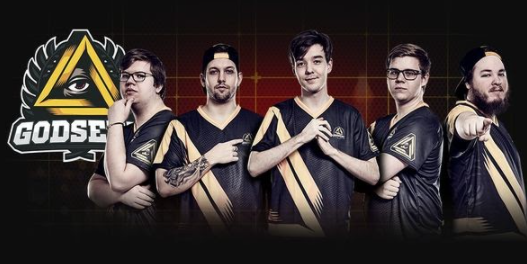 This trade was thankfully hit with a Reverse UNO card. (Photo courtesy ELEAGUE)

Let’s talk about a terrible trade that both sides decided to hit CTRL-Z on just six months later. A trade that wasted half a year for several of the best Swedish players to ever play the game. Fnatic headed into 2016 on the absolute top of the mountain, having just won two of the three majors of 2015 and closing out that year with victories at FACEIT and ESL. After a strong start to 2016 with dennis replacing pronax, their championship standard dropped ever slightly, but rather than stay the course to try and improve, they just blew up the core completely.

Fnatic traded their CS:GO core of JW, flusha, and KRiMZ to GODSENT to reunite with pronax. GODSENT sent back twist and Lekr0, and Fnatic moved wenton back into the starting lineup after he had originally brought in to replace olofmeister while he recovered from wrist surgery. Regarding why Fnatic would go ahead with such a bold move, JW said in a statement, “Our results have not been satisfying to all of us lately and I guess you can say that these internal pressures test friendships, unfortunately we did not pass that test.”

The trade didn’t pass many tests either. Krimz and lekr0 were traded back for each other two months later, with Fnatic likely doing so to retain their ELEAGUE Atlanta major, where they actually made the semifinals. GODSENT won the EU minor and successfully qualified for the major, but failed to make it to the playoffs, losing to North, of all teams. Just days later, the trade would be completely reversed altogether, with JW and flusha set back home.

Aside from a surprising semifinals run by Fnatic in Atlanta, neither team really accomplished much, and the reuniting of pronax with his former Fnatic teammates didn’t prove as fruitful as expected. GODSENT would languish over the next year before ceasing operations, only to be brought back a year later with an international roster. Fnatic would struggle too over the next couple years, and it would take a flusha sabbatical to Cloud9, a slow rise of a new capable IGL in Golden, and a young prodigy in Brollan for them to return to their proper form. 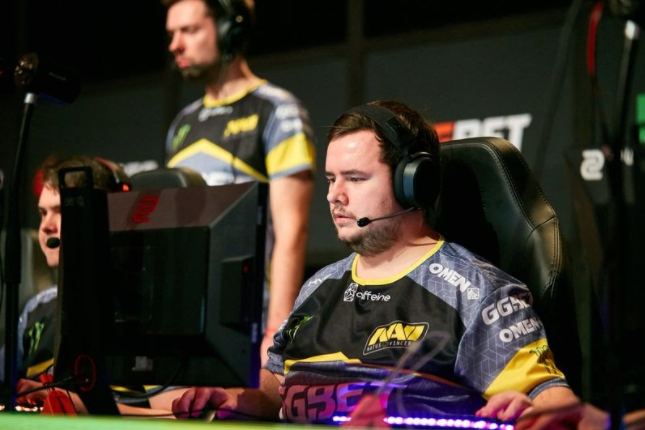 GuardiaN has now been benched twice by Na’Vi during his career. (Photo courtesy StarLadder)

This one hurts, because it’s something you absolutely hate to see. A famous, legendary player coming back to his old stomping grounds one last time– but the boots just don’t fit. The Slovakian sniper spent nearly four years with Natus Vincere from 2013 to 2017, but it wasn’t until s1mple arrived in late 2016 that some stellar results became normal. Unfortunately, the young star’s lustful gaze towards the AWP meant that GuardiaN’s days with Na’Vi were numbered, but he would go on to find success with FaZe Clan from the end of 2017 through 2018.

After a bleak looking early exit from the StarLadder Berlin major, GuardiaN came home to Na’Vi in September of 2019. But that homecoming was very short-lived, as he’d find himself on the inactive list just three months later. s1mple had moved away from the AWP with GuardiaN back, but Na’Vi weren’t doing themselves any favors by having their best player not on his best weapon. And GuardiaN clearly being past his best years made the choice much easier, as his HLTV rating average slid to its lowest of his career; around 0.80.

While his second tour with Na’Vi was a short but solid disaster, his pro comeback tour isn’t completely off the rails just yet. He looked better this year standing in for Dignitas in Flashpoint season one, and just this month he penned a column for Dexerto saying that he’s back in good form and ready to compete again. 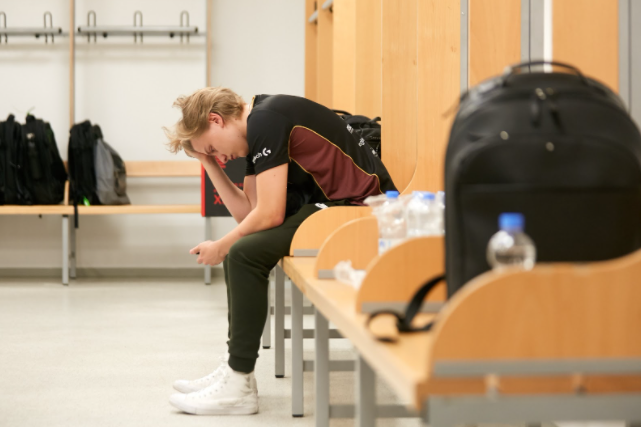 If this list were made six months ago, then this move would top it. You all know the story: aleksib was the driving force at IGL for an ENCE team that had a breakout 2019. They made the grand finals of IEM Chicago, DreamHack Dallas, and of course the IEM Katowice major; and their losses in these events either came at the hands of Astralis or Team Liquid, the two teams who literally dominated the entire year. They also got some revenge on Astralis and won BLAST Madrid at their expense.

Then, the CS:GO team announced that they would move on without him, and even with his exit looming, he still led them to the playoffs of the StarLadder major. A huge amount of CS:GO fans questioned the move, and when ENCE experienced early defeats, they quickly labeled it as one of the worst roster moves ever.

But consider that since the addition of Jammpi, ENCE has seen a noticeable improvement over the past few months, which excluded a win at BLAST and a playoff berth in the ESL Pro League. OG, to contrast, has yet to achieve any remarkable victories with aleksib at the helm. While ENCE could likely be a better team if he had stayed, its hard to say that the move still warrants the term “disaster.”

You can’t blame these CS:GO teams for making the move they made. MiBR wanted to build an Americas superteam. GODSENT and pronax wanted to get the band back together and Fnatic wanted to start over fresh. Na’Vi wanted a familiar, dedicated AWPer so that s1mple could take up the rifler role. The ideas were good but the results were bad, and that’s just how the game is played.