The Luxury Problem of Talent Gambling in the LEC 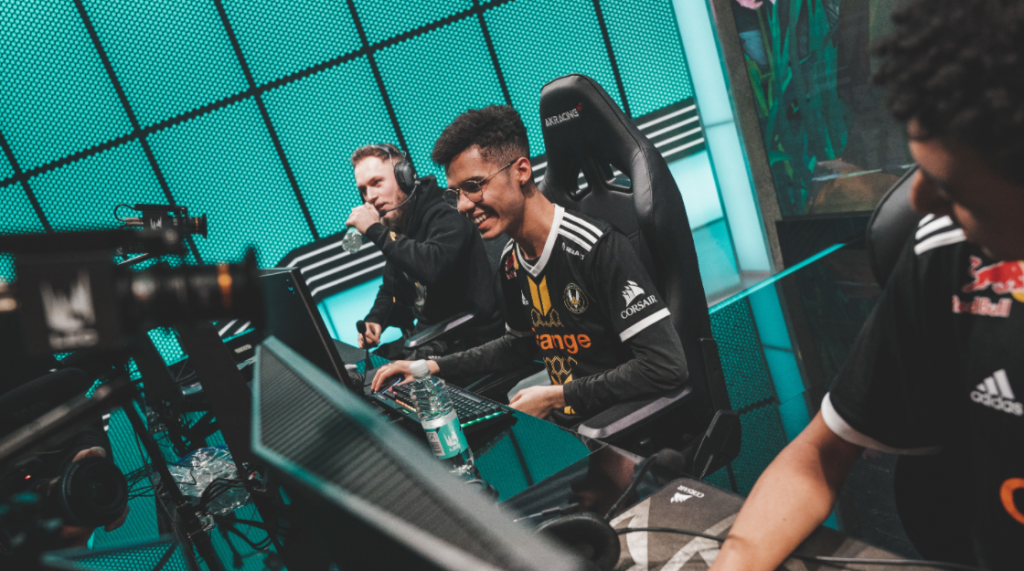 Skeanz appears to be in the fortunate but rare position to have full development support from his team. (Photo courtesy Michal Konkol for Riot Games.)

Over the past years, European League of Legends has gone through impressive growth. And no, this isn’t particularly about the EU LCS’ successful rebrand to the LEC or the two times a European team made it to the finals of the World Championship. Rather, Europe has seen impressive growth of the European Regional Leagues – the ERLs. All across the region, local leagues have steadily been established, becoming a greenhouse for the LEC. It’s here that young talent is spotted and asked by teams for tryouts, with the lucky ones being given a shot at the big stage.

However, Europe’s talent farm comes with downsides for players already in the LEC, as the 2020 offseason has shown us. Teams that failed to achieve what they aimed for last season are incentivized to roll a die on upcoming talent, and players who debuted, but failed to impress, are shoved aside. Instead of trying to cultivate players who they did see potential in, teams speed-roll through European talent with uncomfortable carelessness.

Let’s first take a step back and take a look at the players who debuted in 2020. The specific number of rookies depends on how strict you want to be with the term. For example: Andrei “Orome” Popa, the MAD Lions top laner, had subbed in for one match before being promoted to a main LEC roster. What about Janik “Jenax” Bartels, SK Gaming’s top laner, who played a handful of matches in 2019? Players being imported from smaller regions are seen as LEC rookies too by Riot, even if they’ve played at large scale international events (take Origen’s/Astralis’ Mitchell “Destiny” Shaw for example, who played at Worlds 2019).

The exact number of rookies also depends on your own criteria, but the number of players who made their debut in the LEC in 2020 hovers around twenty. So, how many of those will last and stick around in the league, and how many faces won’t we see anymore? Based on the announcements so far, and relying on the accurate roster swap reporting done by the likes of Jacob Wolf and Pablo “Bloop” Suárez, around half of the ‘class of 2020’ seems to have graduated and is allowed another year on the highest stage. Half of the hopeful debutants, however, will not make a return to the league. 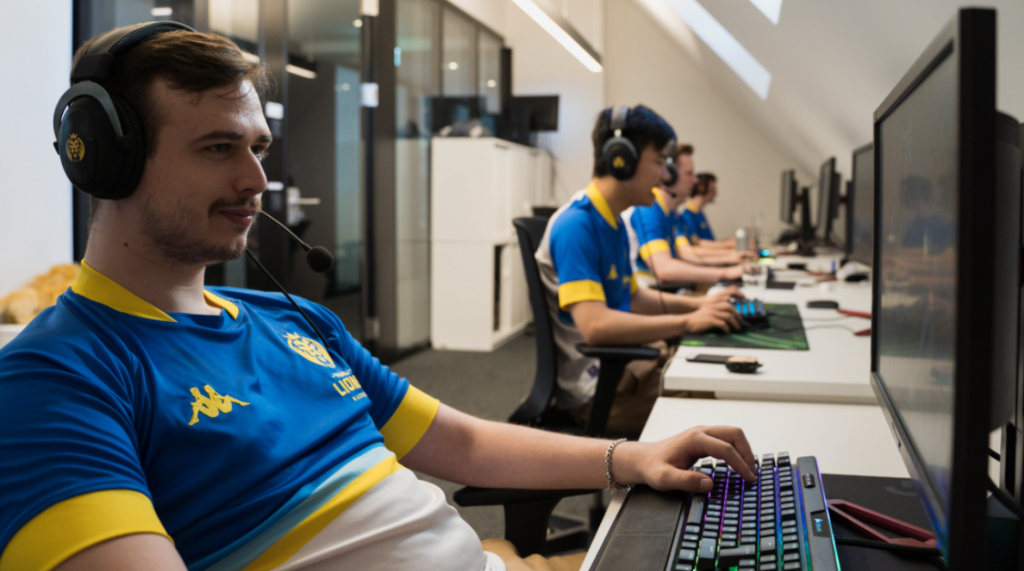 MAD Lions, who initially said they’d be committing to growing their players for at least two years, are parting ways with Orome and Shadow. (Photo courtesy MAD Lions)

Orome and Zhiqiang “Shadow” Zhao are being let go by MAD Lions after playing two full Splits. Misfits Gaming is thanking Petr “denyk” Haramach and Mads “Doss” Schwartz for their services, but won’t be on the starting roster anymore. Schalke 04, who heavily cycled through their roster in 2020, has waved goodbye to Lukas “Lurox” Thoma. SK Gaming also saw Dirk “ZaZee” Mallner leave the organization. Destiny has already been confirmed to join the LCS after leaving Origen (now Astralis). Lastly there is Vitality, who heavily invested in new talent in 2020. While there are few things known about the team for the next season, the contract of jungler Duncan “Skeanz” Marquet was extended, indicating that Cantoursna “Nji” An won’t be on the main roster.

What’s particularly striking is how few of these players got the chance to try and grow throughout the year. Only Shadow and Orome played two full Splits for their team. Doss, who was substituted in for just one week in the 2019 Summer Split, played six weeks in the Summer Split this year before his team swapped him back for denyk. Destiny enjoyed one-and-a-half Splits of action until Origen replaced him. Combining his weeks of play during Spring and Summer, Lurox played roughly one full regular Split in the LEC in total. ZaZee was a one-Split mid laner, and jungler Nji played just four weeks in the Summer Split before Vitality promoted Skeanz over him again.

“Alright,” you might think, “but perhaps this talent can be reintroduced at a later point?” And yes, they could in theory. However, it tends to be a bad horse to bet on for players who got a brief taste of the big stage. Of the players who were ‘reintroduced’ to the LEC this year—a small number to begin with—none were to be considered in their rookie year when they left the league originally, but already had gained fame (or notoriety) before.

But even more disappointing is how rookies are funneled into the LEC and how they’re being handled afterwards. All LEC teams, with the exception of Astralis, have active rosters competing in the European Regional Leagues. Fnatic Rising and BT Excel compete in the Northern League Championship, for example, while AGO Rogue competes in the Ultraliga. How often, though, do you hear of teams’ rising star hailing from their own academy roster? The answer is a sad ‘rarely’. Unlike in regular sports, where young debutants are often homegrown, the LEC teams overall don’t tend to work as closely with their academy rosters. Instead, teams hire far more rookie players from other teams than they promote from their own academy rosters.

What’s even stranger is how the rookies that didn’t live up to expectations tend to be treated. You’d think that, if a player got hired, teams saw genuine potential in that rookie. That it was a gem that needed to be polished in order to carry the team far. Yet, after a failed year, Split, or even just a few weeks, rookies part ways with their organization, and it’s hard to imagine that the players are the ones who desired the departure. Rather than committing to helping a player live up to their highest potential with a long-term training investment, the rookies are tossed aside, left to be picked up by other teams. The most recent and obvious example of an LEC team actually committing to the growth of a talented player was when Vitality publicly announced that Skeanz would play in Vitality.Bee for a bit to regain his confidence. 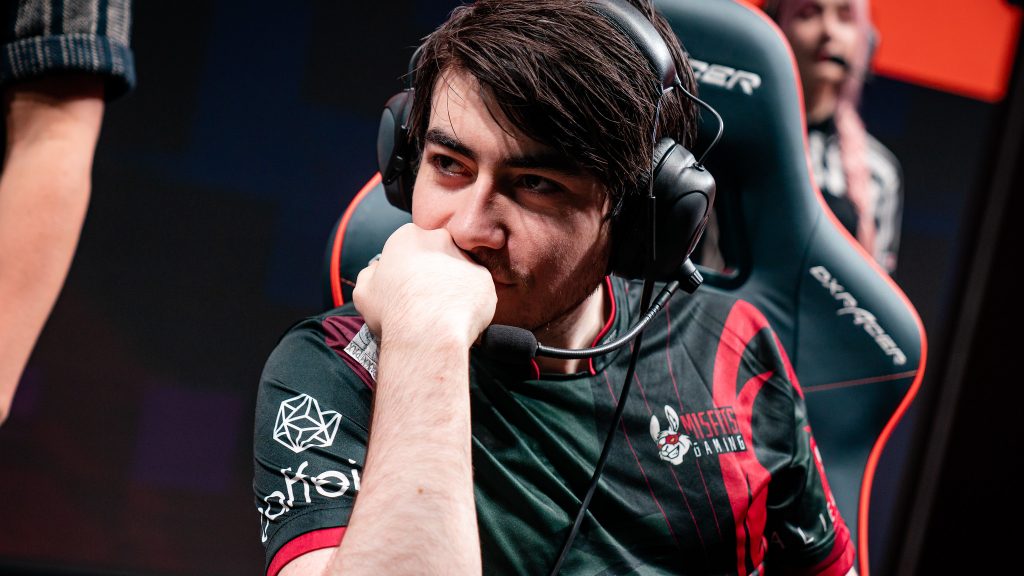 We won’t be seeing LIDER in the LEC Spring Split next year. (Photo courtesy Riot Games)

Instead of refining the minerals they’ve dug up, teams prefer to just keep digging until they find a player that, by luck of the draw, happens to just need one Split to shine. It’s an unrealistic expectation for teams to have and it begs the question how high some players tossed aside could have flown had they been granted more than a few weeks to prove themselves.

The most glaring example of this blindly digging behavior is Adam “LIDER” Ilyasov. The mid laner was very successful with his Misfits Premier roster in the LFL, and was somewhat abruptly promoted to the LEC in 2020 alongside his teammates. They failed to save Misfits’ bad Split, however, and LIDER was let go by Misfits to the surprise of many. Misfits received a lot of criticism for throwing an Academy roster in the deep only to let the players go, ‘ending’ their careers. Throughout 2020, LIDER proved that he was an incredible player by stealing the show on mousesports in the Prime League. Hopefuls even listed him as the potential new mid laner for Fnatic. He has been praised by pros and analysts alike. Still, he won’t play in the LEC in 2021.

While it may be easy to point at teams and say that their talent development is ruining players’ careers—and don’t get me wrong, some teams do need to step up their game drastically—there is room for nuance. In the still vastly underdeveloped talent ecosystem of European League of Legends esports, it’s hard to blame teams for this practice entirely. With a World Championship each year and not many matches to prove themselves in, teams are incentivized by the system to keep rolling the dice. The turnover rate is naturally going to be higher.

Nevertheless, the aspiration of teams competing should be to become the best team in the region and in the world. They can try and re-roll until they stumble across the next Caps. Spoiler: you won’t. But you don’t need to have generational talent that’s as mind-blowingly good as Caps is to become the best team. There is far more value in building an actual team, unlocking players’ full potential and investing in growing the next generation than there is in cycling through rookies and hoping something sticks.

Europe is in an incredibly luxurious position. The regional leagues are the perfect soil for local talent to sprout in and rise to the top. But for rookies who make it to the LEC, this soil becomes a curse. They have extremely little time to prove themselves and before they are ripe they are tossed back into the dirt they worked their way out of. As they look up, they see the next round of plucking commence.

So far, ten rookies coming from the ERL system have been confirmed to join the LEC in 2021. Two players join from another region, and two players make a reappearance after playing outside of the LEC for a bit. Hopefully, even if these rookies do not live up to their teams’ hopes in one Split, it won’t be the last we see of them. The potential the teams see in them now can be polished, it can be refined. LEC teams have to cultivate their talent if they want European League of Legends to advance. And who wouldn’t want that?