The Journey of the Muffin Men – Rocket League’s Newest Champs 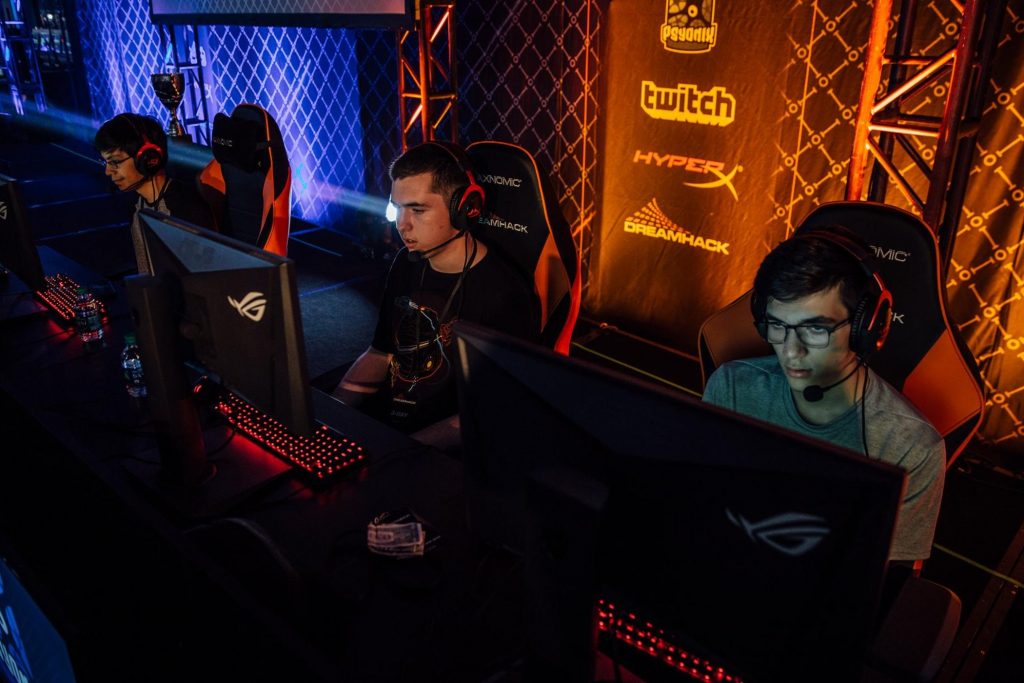 The path towards the confetti-covered stage in Las Vegas didn’t begin with the Muffin Men. It began with Team Iris and one of the games first superstars.

In the quarterfinals of the Season Six Rocket League Championship Series (RLCS) playoffs, Cloud 9 found itself matched up against We Dem Girlz, an orgless team made up of stellar pros. It was a familiar position for C9, not long ago they had been the team without an organization who was shocking the world as the Muffin Men.

We Dem Girlz won and C9 was sent to the losers bracket with their work cut out for them. What followed was a miracle run that saw C9 take down all the best teams in the world with their back against the wall.

The roster of Kyle “Torment” Storer, Mariano “SquishyMuffinz” Arruda, and Jesus “Gimmick” Parra first played together in 2016 and now is the first North American team to be Rocket League World Champions since Season One.

The path towards the confetti-covered stage in Las Vegas didn’t even begin with the Muffin Men. It began with Team Iris and one of the games first superstars.

The Failure of Team Iris

Brandon “Lachinio” Lachin was incredible. A world champion in Season One with IBUYPOWER, he stumbled during Season Two with G2 but was still regarded as a top player in the game. Before Season Three, he created Team Iris, a roster that was designed to compete immediately.

Joining him, he brought on SquishyMuffinz, a high-flying striker who was introducing new mechanics to the game; Torment, a steady midfield presence who could always be counted on for a boomer or clean pass; and a sub Jesus “Gimmick” Parra, a fancy air player who could do a bit of everything.

Still, Lachinio was the star with the proven success. Only Torment had ever played in the RLCS before and his team Vendetta finished fifth in Season Two to little fanfare. Because they were a new organization, they had to enter qualifiers but their previous community success made them the top seed in North America.

In a shocking turn of events, the team wouldn’t be playing in RLCS Season Three.

“We were obviously heartbroken, because we worked really hard during the offseason to get in form and be the best that we could,” Torment said in an interview with Red Bull. “We knew that it was going to be a really big season for the RLCS, with all of the big organizations coming in, and making a name for yourself. It was definitely the biggest season.”

It may have been one of the best things that could have happened to the team. Lachinio left the roster to focus on school and Gimmick was moved to a starting spot. From there, that trio began a run that would take them to hoisting a massive trophy on the stage in Las Vegas. But first, a name change.

Bringing Back the Muffin Men

Team Iris reverted to a name SquishyMuffinz had used in community tournaments during the prior years: The Muffin Men. Complete with a beautiful muffin logo, the team entered every tournament they could get their hands on.

They won the Mock-it eSports Championship Series, defeating a team of future RLCS Stars including Doomsee and Bluey in the finals. Then they went to the RLCS Summer Series where they were knocked out in the semi-finals by G2. That set the stage for their biggest tournament to date: Dreamhack Atlanta.

Those other two tournaments were minnows compared to the sharks in Atlanta. All of the best Rocket League teams in the game were in attendance, including a roster of Kaydop, ViolentPanda and Turbopulsa competing under Gale Force Esports. After the first round of group play, many of the random qualifiers were knocked out and the competition tightened.

In Round Two of group play, The Muffin Men were put in a group with Myth Gaming, Onslaught Esports and Gale Force. Also, coming off a disappointing Season Three, Gale Force and the Muffin Men left the group and the latters only loss was to the former. Little did they know it, that would be the first of many meetings between these two rosters.

That brought them to the eight-team, single-elimination bracket. The Muffin Men were the only team without an org backing them and were competing against powerhouse franchises like Mock-it, NRG, Team Envy, G2, Flipside Tactics and, of course, Gale Force.

In Round One, The Muffin Men dispatched NRG 3-0 and quickly became the fan favorite. On the other side of the bracket, Gale Force beat Mock-it 3-0 as well. Both teams moved to the semifinals where tougher competition awaited. In the best of seven series, the Muffin Men beat G2 4-2 while Gale Force had it’s hands full with Team EnvyUs, eventually winning 4-3.

That set up a rematch in the finals and one of the most intense Rocket League series to date. It was also a series that would change the lives of the young Muffin Men.

The Muffin Men won and shortly thereafter Jack Etienne and Cloud 9 came and swooped them up. Still, as the trio was celebrating in Atlanta, the roster they had just beat would soon take the upper hand.

The Rise of Team Dignitas

Season Four was quickly approaching and Gale Force had a score to settle. They were always the bridesmaids but never the bride in Season Three and were sick of it. That year, Gale Force went off.

They dominated the upper bracket and won 3-1, 3-0 and 4-3 en route to the Season Four World Championship. C9 didn’t have a bad year, they lost in the quarterfinals after a bye and made a lower bracket run all the way to the losers finals. If C9 had pulled out the win over Method, Season Four and Season Six’s brackets would have looked eerily similar.

As it stood, C9 finished a respectable third in their first season of RLCS competition, but Gale Force proved they were the team to beat. In Season Five, the only thing that changed was the name. Team Dignitas acquired the Gale Force roster and Kaydop, ViolentPanda and Turbo didn’t miss a beat. This time Dignitas ran into North American powerhouse NRG in the upper bracket and were sent down.

They met Cloud 9 in the loser’s bracket semifinals and wiped the floor with them winning 3-0. Dignitas then took out CompleXity Gaming and set up a rematch with NRG in the finals. Rocket League fans know well what happened next. Dignitas won the first series but NRG stayed around, forcing a final game seven. With time running out, it looked like Dignitas had the win but suddenly NRG rookie JSTN made the most famous Rocket League play to date.

Down one. No time left. Can't let the ball touch the ground.

Still, that only forced OT and Dignitas didn’t let the momentum shift affect them, winning the series and defending the title they won as Gale Force.

As Season Six began, Dignitas sat squarely on the throne. ViolentPanda and Kaydop had won the last two championships and Turbo now had won three in a row after a Season Three win with Northern Gaming.

C9 had been close in the last two RLCS but still had yet to reach the final. Season Six felt like a replay. C9 dominated the regular season, which they did the last two years as well, then they lost in the first round of RLCS sending themselves down to the losers bracket. In Season Four they won four games in the losers bracket, in Season Five they won three, In Season Six they won them all.

Five matches against five of the best teams in the world led to five victories. There was no time for fatigue because, waiting in the winner’s finals was Team Dignitas, comfortable on their throne.

C9 dominated, winning 4-1 for the bracket reset and 4-1 for the championship. You could say Dignitas had lost the fire after two years on top, but watching those series, it was clear C9 was playing like a team possessed. Squishy even broke a smile after pulling off an insane flip reset in game five. Gimmick moved so much in the air it looked like he was freestyling in casual play and he made it nearly impossible for Dignitas to read his moves. Torment cleared every single ball off the back wall and always seemed to be in position to cut out Dignitas signature infield passes.

That series, and truly the whole lower bracket run, was the culmination of years of teamwork and trying finishes. Finally, The Muffin Men were on top.

Rocket League
Share
Mitch Reames
Mitch comes from a background in sports broadcasting at the University of Oregon, while there he competed for the U of O Hearthstone team and saw the potential for content at the crossover of sports and esports. In addition to Hotspawn, Mitch writes for SportTechie and the National Football Post. Follow him on Twitter @Mitch_Reames.
Follow me