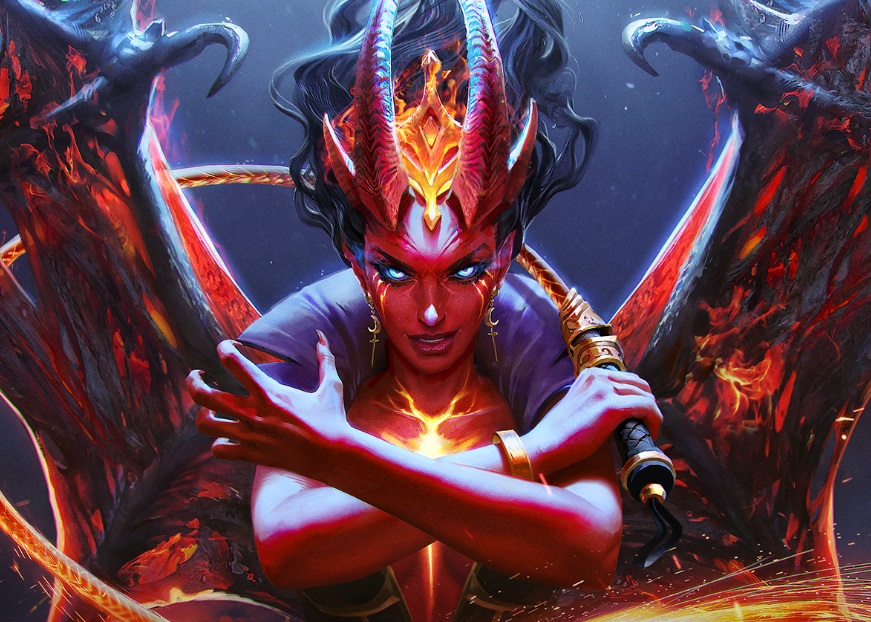 The TI10 Battle Pass comes with an unbelievable amount of content, and is the most ambitious one to date (Image via Valve)

After weeks of anticipation in the wake of The International 10’s postponement, the 2020 Battle Pass is finally upon us — bringing with it an absolute boatload of cosmetics, interface customization options, optional in-game quests, and much more.

The client update containing the Battle Pass itself dropped Tuesday at 12pm Pacific Time, containing 1.9 gigabytes worth of goodies. As always, 25 percent of the proceeds from the sales of the Battle Pass and Battle Pass levels will go towards the prize pool for TI10, which starts at a base amount of $1.6 million as it has for the past six years.

Unlike previous iterations, however, this Battle Pass is likely to last much longer than before, as a result of the delay to TI10. This one could very well last until 2021, which when Valve states TI10 will “likely” be held. There will be plenty more time for the prize pool to beat the previous total of $34,330,068 — thus paving the way for a new record for the largest pool in esports history for a single event.

Pretty sure this is the best battle pass of them all. I mean look at this waifu AM. pic.twitter.com/kJIC2J3MSY

As usual, the highlights of the Battle Pass are the cosmetic items that Dota 2 players can use to dress up a whole host of in-game elements — from heroes, to couriers, all the way to loading screens, weather effects, and music. One of the most notable additions to this year’s selection is the Disciple’s Path persona for Anti-Mage, a female skin for Magina that sees her with a snazzy new pair of blades and a long hairdo to match. The skin also comes with new voiceover work to fit Anti-Mage’s new look.

Meanwhile, Wraith King’s classic appearance as the Skeleton King is back. Dubbed the “One True King” arcana, the level 325 item throws players back to before Skeleton King was removed for “pressing ceremonial reasons”, as Valve put it seven years ago. The arcana is complete with ability icons in Wraith King’s old red color scheme as well.

Valve has also seen it fit to include a nod to Artifact in the Battle Pass this year. The custom terrain (which changes the look of the entire Dota map) takes after the visual design of the trading card game with a predominantly sleek and clean look.

New social and community-related features are likewise in the mix. Guilds are small communities that players can form in-game, much like those in MMORPGs and clans in competitive multiplayer titles. The guild system is actually a returning feature from 2013, which was shelved during the transition from the old client to the current one built on Source Engine 2. Unlike the previous system, though, this one is behind a paywall as it is available to Battle Pass owners only.

In-game quests also make a return in this year’s Battle Pass. Upon completion, these quests grant Battle Points which help progress a user’s Battle Pass to the next level. Most of these quests involve statistical goals specific to a player’s chosen hero, with some possible examples being “deal 10,000 damage total with Echo Slam” or “score 700 last hits with Anti-Mage”. Players must win the game they complete these quests in, however, or the quests won’t count towards their progression.

And of course, the tradition that is the Immortal Treasures are here as well. Each Battle Pass owner is entitled to a loot box containing a random immortal item, with additional treasures being available in later levels as a recurring prize. There will be three distinct Immortal Treasures this year, much like the Battle Passes in years prior.

Last but certainly not the least (just ask TI8 champions OG), there are the chat wheel sounds. The memelords out there will be pleased to learn that Valve has… enhanced the chat wheel experience this year, as the actual sounds from this year’s chat wheel will scale higher and higher in pitch with each consecutive use. You can now tilt your opponents extra hard with this new addition to the chat wheel — which has us believing that OG might just complete a three-peat at TI10.

The Battle Pass starts at a base price of $9.99, which nets a barebones pass at level 1 with all the freebies upon entry. Buying the higher-tiered passes at levels 50 and 100 will set you back $23.95 and $44.99 respectively, which amounts to discounts of up to 15 percent with the level 100 pass.

This edition of the Battle Pass is certainly the biggest and most ambitious one yet — and quite frankly there are too many new things for us to cover. Feast your eyes on the full reveal at the official Dota 2 website.