The Impact of the Jungle and Dragon Souls at Worlds 2020 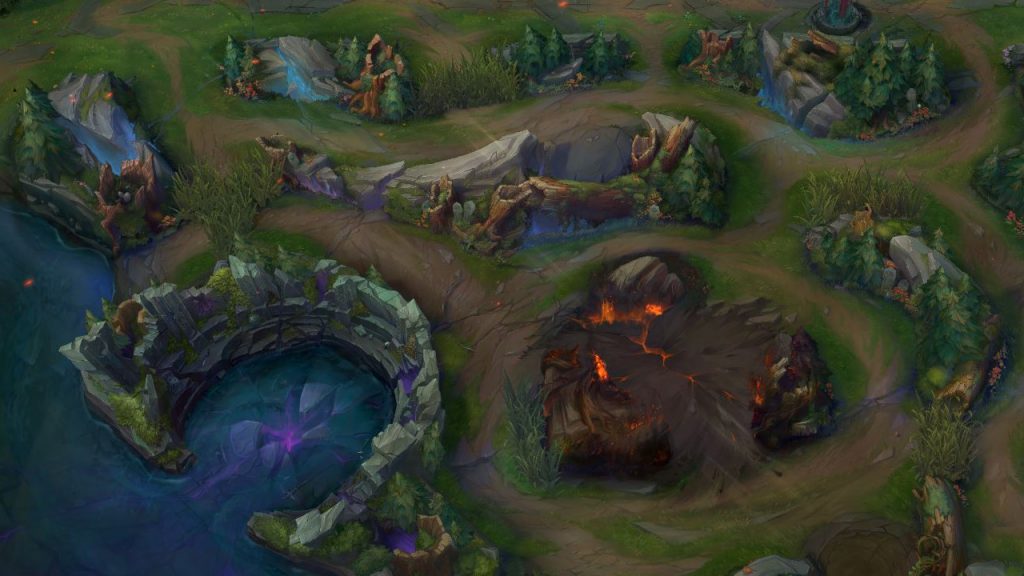 The Dragon Soul was a crucial part of the teams succeeding in Worlds 2020. (Photo courtesy Riot Games)

With Worlds 2020 completed, we have crowned another champion in the form of DAMWON Gaming. The LCK reclaims their former glory after the LCK last appeared in a Worlds Final in 2017 when Samsung Galaxy took home the trophy. One of the ways that DWG managed to take home the Summoner’s Cup was through their star jungler, Kim “Canyon” Geon-bu, who earned MVP of the event, and by increasing their priority on securing early Dragon Souls.

The role of the Dragons has continuously evolved throughout the course of the 2020 Worlds Championship. During the Play-ins Group Stage, only 45% of games had a Dragon Soul, with it having an 87.5% win-rate. Then throughout the World’s Main Stage Groups, it became a trading game for early objectives. Some teams decided that it was worth trading two early Drakes for Tower Platings, Towers, Heralds, and getting players into lane priorities, to then contest the third drake spawn, and sometimes the fourth Drake, with a stronger footing.

Moving into the Group Stage, top teams dropped games when they had the Dragon Soul, although this was rare. The most standout example of this Worlds came from day two of Groups with Suning’s huge throw, or G2’s massive comeback. Suning had Ocean Soul at 30:46, which is one of the more powerful souls in the game with its huge health regeneration bonus. However, G2 still managed to outplay them in the team fights in their base and at the Elder Dragon, before teleporting for the backdoor and winning the game.

Although, Dragon priority was a key ingredient for the Worlds Playoff Stage success. The focus here goes to DWG and Suning, the two finalists. These two teams had the best stats when it came to Dragon Soul control in both completion time and across total playoff games. Almost every game of the G2 and DWG series had a Dragon Soul, with the team picking up the buff gaining the win. The only exception was game four, where the game was over that quick players found they could not get the Dragon Soul buff. Suning also managed their own 22 and 24-minute Dragon Soul in their series against JD Gaming during the quarter-finals. In terms of numbers, DWG managed six Dragon Souls in their 11 games throughout the Worlds quarters, semis, and Finals. In contrast, Suning managed five Dragon Souls across their 12 games.

The reason why this is important is because of the Dragon Soul having a 100% win-rate during the quarters, semis, and finals. This could be key to analysing why some teams failed to push the boundaries of Worlds 2020 as they had trouble claiming a key win condition. For example, the series between G2 vs Gen.G only managed one Dragon Soul in three games, while Fnatic and Top Esports managed one in their five games. These teams used different win conditions to take their games, which statistically are less effective than the Dragon Soul – because it had a 100% win-rate at this stage of the tournament.

When it came to the finals, DWG’s masterful early game earned them Dragon Souls at unprecedented speeds. DAMWON Gaming managed to earn Game One’s Dragon Soul at 22:45, then to claim Game Three’s at 21:10, with Game Four’s at 22:27. During the second game, Suning attempted their own 22 minute Dragon Soul but was fought off, and the Soul was delayed until the 29:07. The clear game plan and solid execution for early Dragon Souls is a key part of how DWG managed to lift the Summoner’s Cup.

The reason why this is so huge is because of the average Dragon Soul timing. Across the Worlds 2020 Playoffs, the average Dragon Soul timing was 26:50. With Suning and DAMWON Gaming earning Dragon Souls way before that average speed, their game plan set them up for success with a seemingly guaranteed win condition. This references back to some of the hype heading into Worlds, as strong early games and great team fighting were integral to the success of the Worlds favorites.

The Drake meta has continuously evolved throughout Worlds, and the better teams realized the importance of setting themselves up for success early on. The Dragon Soul feature released in the 2020 season, and this feature has no doubt played an important role through the course of its Worlds.

Just how good were SofM and Canyon?

One thing that needs a good look at is the role of the meta in player stats. The evolution throughout the Worlds meta placed much more emphasis on Drake control to win the game. It is not much of a surprise considering the most hyped-up teams heading in had quick games, lots of kills and had strong objective control. Because of the forced need to compete for objectives, objective trading and team fights became more crucial for competing against Dragon Soul rushes. Junglers are a big part of pulling these strategies off, by setting up needed visions, challenging lanes to take Dragons easily and more.

Looking at the top ten players for KDA, three of those are Junglers. The list features Canyon with a 7.2 KDA, Mads “Broxah” Brock-Pedersen on a 5.5 KDA, and Hung “Karsa” Hao-Hsuan on a 5.3 KDA. Furthermore, in the top five games with the biggest kill leads, three of them belonged to Junglers. Hong “Pyosik” Chang-hyeon and Canyon tie the top metric, with 13 games each in the DRX vs UOL and DWG vs Rogue matches. Pyosik also makes a reappearance with the fifth-highest kill in a game on 11 in his other match against UOL.

But *who* is getting those kills?

Junglers benefit the most early on and are just barely beaten out by Mid Laners in the late game!

But that does not necessarily mean that KDA is the only factor that made a great jungler at worlds. One other factor is looking at objective control, and that can only be done with great planning and vision. Lê “SofM” Quang Duy was middle of the pack in the junglers damage and KDA, placing 7th out of 16th in average damage per minute, and fifth in KDA. However, SofM stood out in the vision department, taking first place on the average vision score per minute at 2.83. The next closest was Kim “Clid” Tae-min with a 2.09 score. SofM also dominates on the vision cleared metric with 0.79 a minute, with Han “Peanut” Wang-ho the next closest on 0.56.

Looking at the two metrics, it seems like a team that had a great team fight or vision denial was key to securing the crucial objectives a jungler is tasked with on the Rift. This helps to explain why metric leaders Canyon and SofM made it to the finals compared to other junglers.

The impact of the jungle and the Dragon Soul clearly played a huge role in the way the best teams managed to get as far as they did. The combination of objective control, team fighting and trading was no doubt important to teams succeeding on a macro level. The two teams that made it to the final showed they had what it takes to perform those effectively while acknowledging that Dragon Soul was the most fabulous prize of them all.