The Houston Outlaws And The Map 5 Curse 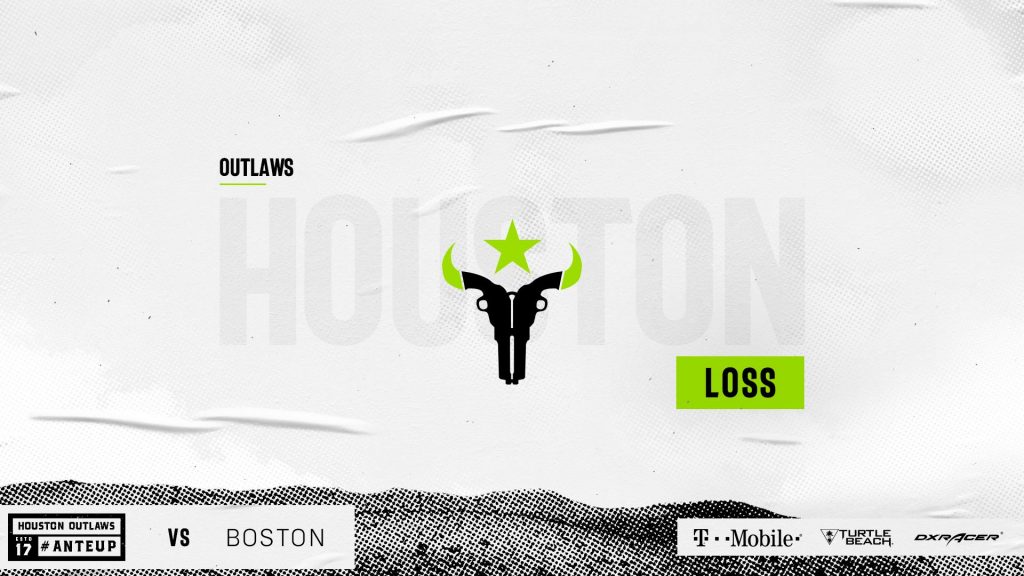 When it comes to curses, the Overwatch League seems to have its fair share. Just take the Shanghai Dragons’ last season. They finished the season with an incredible inconceivable 0-40, a feat no one thought would be possible. They still haven’t won a game this season but that’s beside the point. What’s more surprising is that the Houston Outlaws seem to have found themselves amidst their own Overwatch League curse and they seem to be pulling out all the stops to break this curse.

Whether it’s a dark magic spell or just pure bad luck, the Houston Outlaws are definitely suffering. While it’s fun to think that it’s a magical curse that another Overwatch League team placed on them, the reality is that they seem to just be the choke artists of OWL.

In Week One of the Overwatch League, the Outlaws faced off against two very different teams – the Toronto Defiant and the Boston Uprising. One is a new expansion team and the other is a seasoned inaugural team. Both teams have different approaches and different strategies based on experience and coaching. So what happened to the Outlaws and why did they lose both games in Game 5?

Where it fell apart was in Map 3 (Volskaya Industries) and Map 4 (Route 66). On Volskaya Industries, the Outlaws weren’t able to capture a single point and the map concluded with Defiant winning 1-0. All their momentum from Map 1 and 2 was lost and you could see that the Outlaws struggling. Route 66 saw the Outlaws attempting to make big plays but it was constantly predicted by the Defiant and immediately shut down. Just take Ivy’s 10 player kill streak on Zayra when the Defiant were on defense near the end of the matchup.

Map 5 was a tight race but it just demonstrated that the Outlaws were beginning to earn their crown of official choke artists of the Overwatch League. Or it’s where their curse truly took hold.

The Outlaws came out swinging in the first map against the Uprising with a surprising 2-0. The Outlaws held Boston at bay and didn’t like them take a single objective on Map 1. Many fans hoped this meant the Outlaws had changed or had at least recognized there was a problem. “Hoped” being the operative word.

Instead, the Outlaws lost the next two maps to Boston pushing until the very end and then choking when it really matter with Hollywood going 2-3 for Boston and Volskaya Industries going 3-4 for Boston. The Outlaws once again managed to put up a fight but choked when it mattered. Map 4 (Dorado) tied the series with a 4-3 win for the Outlaws which had everyone holding their breath. Could they finally win a series when pushed to map 5? The answer is no. The Outlaws failed to win a game 5 and the curse was cemented.

The Outlaws are going to have a hard time this season if they aren’t able to work on what seems to be a “choking” problem meaning that their energy, teamwork or mechanical execution seems to die off the longer the maps go on or the harder the opponents’ fight. Maybe they will be able to take their first win of the season against the Hangzhou Spark but it will be a hard fight.

Don’t forget to tune into the Houston Outlaws today at 11:30 pm EST to watch them on the Overwatch League’s Twitch channel. And if you haven’t already taken the chance to learn about the upgrades to OWL’s Command Centre, be sure to check out our article on the changes.