The Bridge to Esports Formed By Sports Simulation Games 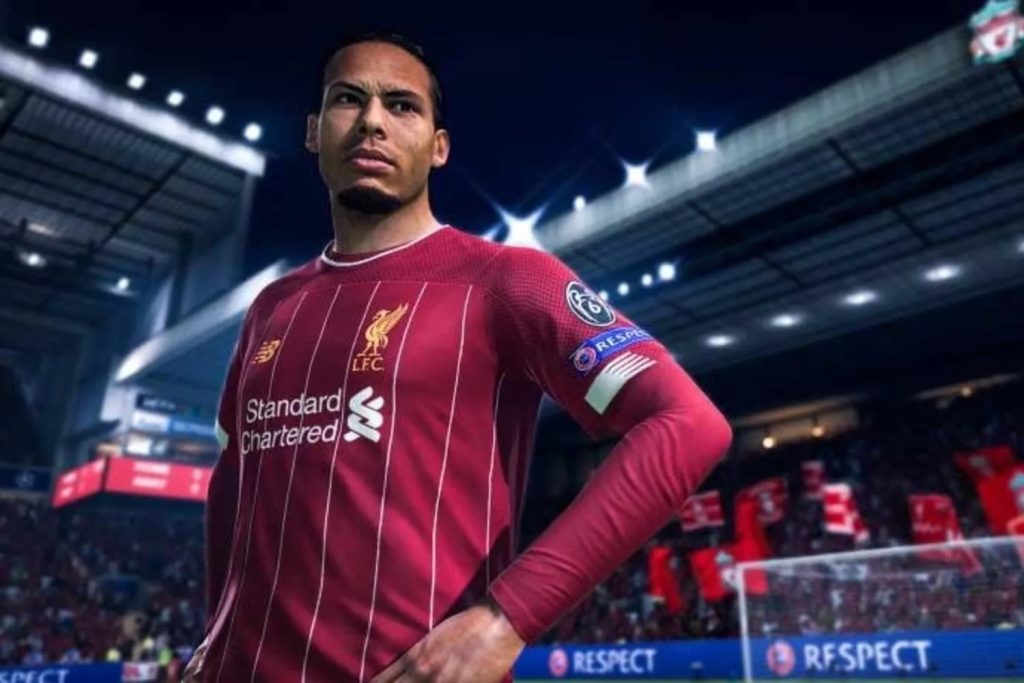 Sports games can play a crucial role in the expansion of esports. (Photo courtesy EA)

The debate whether or not esports can and should be considered a ‘real sport’ flashes up every now and then. It’s usually sparked when someone unfamiliar with the industry makes a comment on some talk show, writes an uninformed Tweet or anything of the sort, and esports fans collectively jump on the bandwagon to mock the expressed opinion. Overall, it’s an irrelevant discussion and most esports veterans have come to the conclusion as such. Both are forms of entertainment through competition, and that’s it. Simple.

Sports simulation video games play an interesting role in the development and growth of esports. Though viewership-wise and prize money-wise sports games’ esports scenes do not rank as highly as the titan titles of CS:GO, Dota 2, and League of Legends, they are becoming more and more relevant as sports organizations are looking to grow their audience. As esports expands, sports simulation games form a bridge to the industry.

Soccer is the largest sport globally. While in the United States it isn’t as prominent, it is the sport in Europe. Unsurprisingly, the largest sports simulation game in Europe is EA’s FIFA series. Its direct rival, Pro Evolution Soccer, is significantly smaller in terms of popularity, but it too has a decent player base and competitive scene.

Over the past years, more and more ‘traditional’ soccer clubs have started investing in an esports department. Acknowledging that the new generations increasingly grow up playing sports video games in addition to—or even instead of—playing soccer in real life, they pivoted towards adding esports players to their roster. It’s a continent-wide phenomenon. In Germany, teams founded more than a hundred years ago such as Bayern Munich, Schalke 04, and Werder Bremen all have branched out video games via FIFA. In Spain, Villareal, Sevilla, and FC Barçelona have football esport players. In Italy, England, France, The Netherlands, many professional soccer clubs have opened esports divisions.

That’s all good and well, of course, but there are a few questions attached to this. Did the esports divisions those soccer clubs opened all enter competitive gaming with a sports simulation title? And if those titles could truly form a bridge for sports clubs to cross into other competitive games, how many of these teams have actually branched out and explored other esports titles?

The answer to the first question is a resounding ‘yes’. Browsing through the successful soccer teams and looking at their history in esports, it’s easy to notice the trend. All of them took their first dive in through soccer sim games, with the majority being active in FIFA esports and a few having Pro Evolution Soccer players. However, the answer to the second question casts a shadow of doubt over sports simulation games’ ability to get large sports clubs invested in other esports titles. The percentage of organizations with teams other than their soccer video game squads is extremely low. Again: the esports scenes of sports games is incredibly small compared to that of the top tier esports. While this may change over the course of the next decade, it’s better to expand to those larger titles sooner rather than later if you want to ride the wave, and connect your brand to this form of entertainment. Crossing the bridge sports games form to other video games may be daunting, but it’s a necessary step to take.

League of Legends fans will think of Schalke 04 in the LEC, Flamengo eSports in the CBLoL, or Fenerbahçe in the TCL. FC Barçelona has a Rocket League and a Hearthstone team in addition to its PES roster. But those teams are the exception to the rule. They are small glimpses of sports games successfully being a bridge to other esports titles. Even though many professional soccer clubs have been around the esports scene since 2016 or even further back, little advancement has been made since they first stepped into competitive gaming. One of the most progressive soccer teams is Paris Saint-Germain, who have a Dota 2 roster, have partnered with a League of Legends team, boast a Brawl Stars squad, and used to have a Rocket League and Mobile Legends: Bang Bang roster to boot. Paris Saint-Germain has become a staple name in the esports titles they’re active in. Their brand is recognized, respected, and it has a fan base. They’re the existing proof that, when done correctly, sports teams can in fact expand their brand in esports and reach a new demographic. 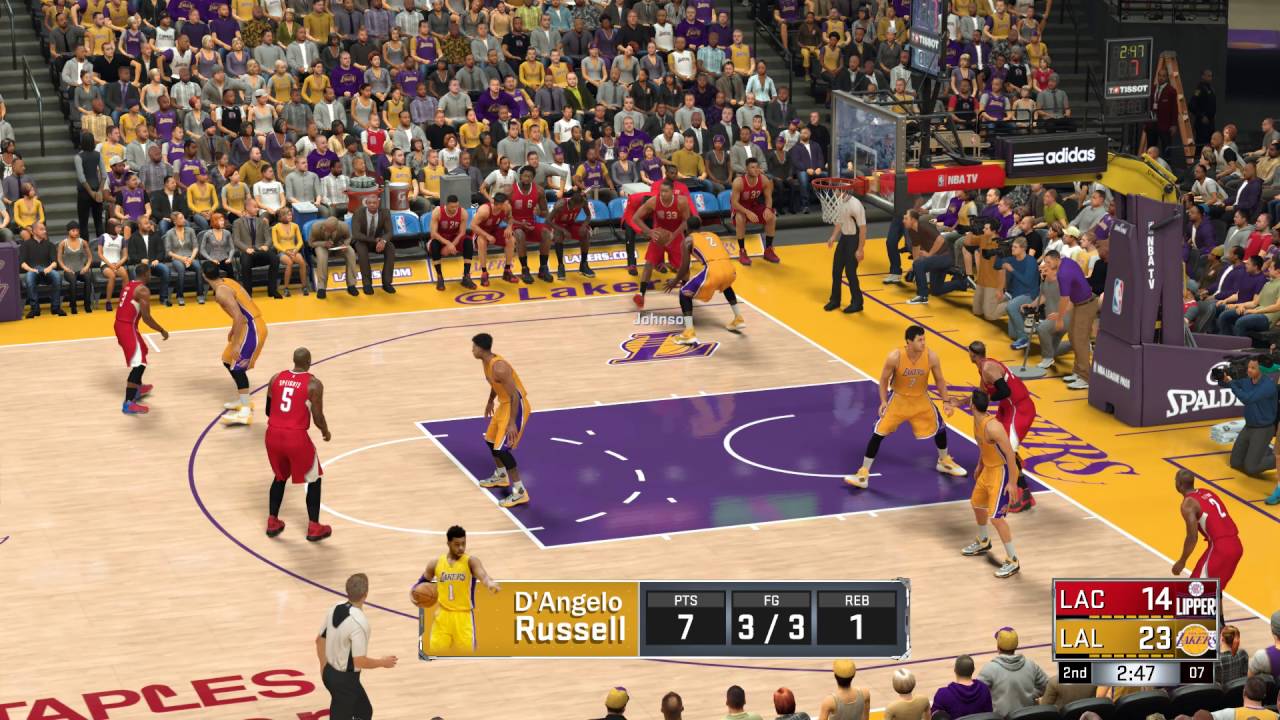 Over in the United States, it’s basketball teams that are among the leading investors in esports. With the sport being one of the most popular ones in the country (alongside baseball and football), it is a different sports simulation title that stands out: NBA2K. While it doesn’t have the same audience as soccer games do, NBA2K still has a surprisingly large reach. Its esports scene is small, yet here too there are investments from major sports clubs in the industry.

In 2017, the National Basketball Association (NBA) announced that it would create the NBA2K League, its official esports competition, in cooperation with Take-Two Interactive, the holding company under which NBA2K is developed. In its inaugural season, 17 teams jumped in to participate. Teams like the Boston Celtics, Cleveland Cavaliers, and Golden State Warriors all joined the venture to explore the realm of digital competition. Ever since, the league has expanded. The Brooklyn Nets and Atlanta Hawks were among the teams that joined for the 2019 season, and in 2020 the expansion continued with the Charlotte Hornets. Nowadays, 19 of the 30 teams in the NBA are part of the NBA2k League.

It’s safe to say that in the United States too, more and more sports teams are investing in at least some form of esports, even without starting a branded team. However, the stagnant branching out into other esports titles is present here as well. Very few of the teams have explored other competitive gaming titles. In fact, while the Cleveland Cavaliers are directly linked to esports team 100 Thieves through the founding partnership of Matthew “Nadeshot” Haag and Dan Gilbert, that partnership was established before the NBA 2K League kicked off.

While you may not see a Boston Celtics Dota 2 team, many esports teams have earned investments from NBA teams in the recent years. FlyQuest is headed by Milwaukee Bucks co-owner Wes Edens. Golden Guardians are, perhaps more famously, a product of the Golden State Warriors. Echo Fox, before the organization ceased to exist, was started by NBA star Rick Fox and had major investment from the New York Yankees. So yes, in the United States there are many direct links between sports brands and esports brands. But clubs and organizations seem hesitant to outright slap their logo on an esports team. Without that happening they may be connected to esports, but there is no bridge for the sports teams’ fans to walk across and explore esports. They’ll see a name like FlyQuest, don’t recognize it, and move on. 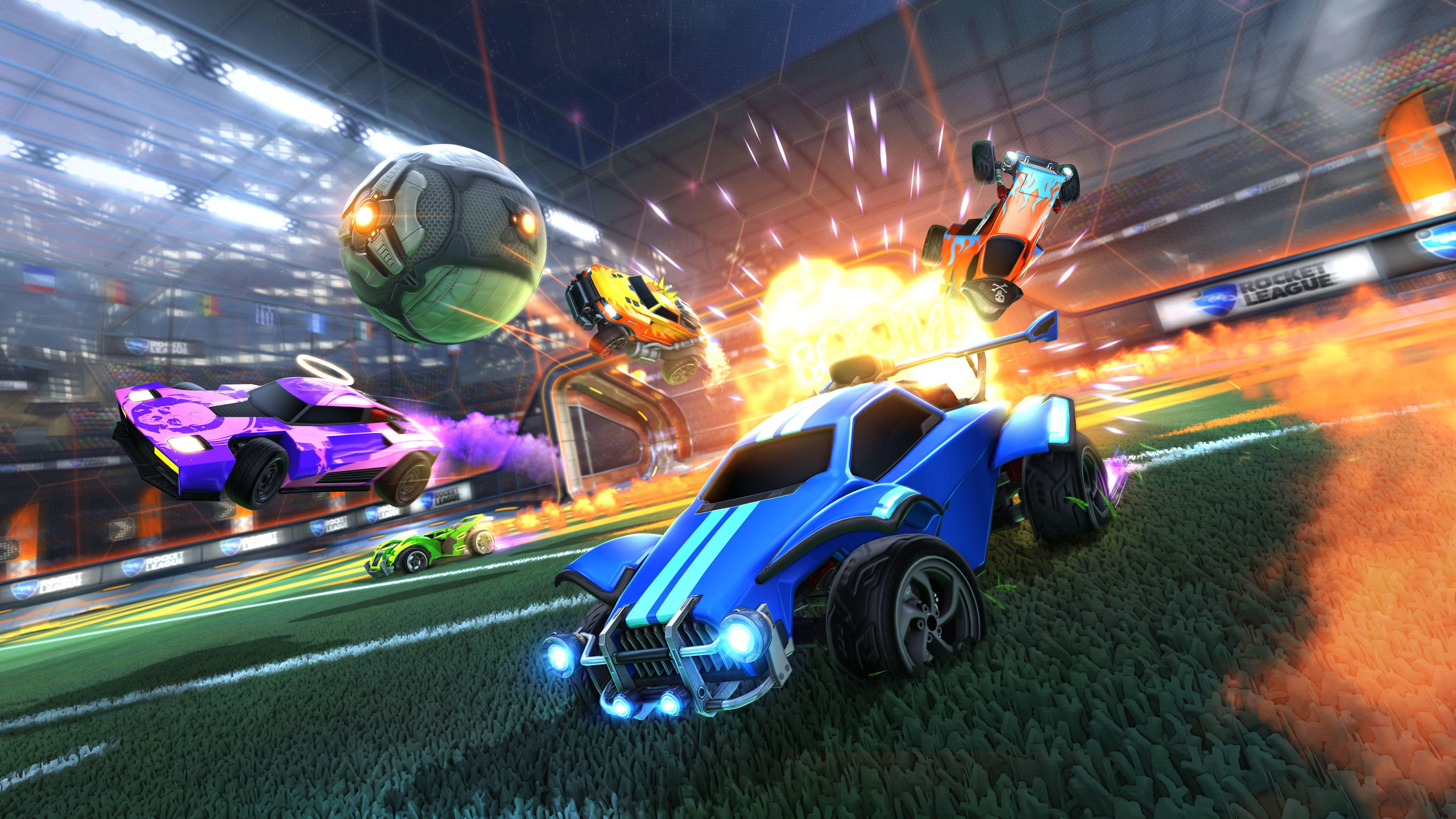 After sports games, sports-like games such as Rocket League can help get people enthusiastic about esports. (Photo courtesy Psyonix)

For esports fans who don’t follow the sports simulation video games’, it may seem like ‘traditional’ sports teams are extremely slow to pick up on the rapidly increasing entertainment product of esports. And yes, in a sense, they are. You’d think that for a soccer club who has been in FIFA esports since 2016, for example, it would be blatantly obvious by now that CS:GO, Dota 2, and League of Legends would put a much larger spotlight on their brand. But sports clubs aren’t just archaic and conservative: its investors and shareholders tend to be. Esports is young compared to sports, and the industry is far from as stable as shareholders want it to be.

The fact of the matter is that, although sports simulation games are a smaller part of esports, it’s still a part that’s growing steadily. It is these games that television broadcasters are more comfortable with showing on TV, even if it’s just a midnight broadcast. Step by step, a larger audience will become familiar with esports. When they acknowledge the esports scenes of sports games, the next step is acknowledging sports-esque games such as Rocket League, a title that’s destined to rise massively in popularity too.

Esports fans are growing older. Sports such as golf are actually noticing that the stream of new players is reducing in strength. Kids nowadays grow up with games, want to watch who they think is the best player in their favorite hobby, and cheer for them. Sports viewership is on the decline in general, especially with younger audiences. Esports will likely continue to grow steadily over the years, but getting a boost from the bridge being formed between sports fans and esports fans won’t hurt. For sports clubs, the bridge seems necessary as sports viewership declines, especially among young audiences.

It is not a worrying sign at all that these sports teams are holding off for now with expanding into territory that is unknown to them. It’d be worrying if they’d pull out of their sports simulation game’s esports scene, but that’s not happening. There is a stable foundation, and from there the bridge to other video games is being built. Slowly, for sure. But one step at a time gets you across eventually.

Features League of Legends Other Rocket League
Share
Tom Matthiesen
Tom has been an esports journalist since 2015 and has taken an interest in a wide range of esports titles. More recently has fallen in love with League of Legends esports. In particular, the League of Legends European Championship.
Follow me