The Biggest Moments From Dota 2 2020: The Lost DPC Season 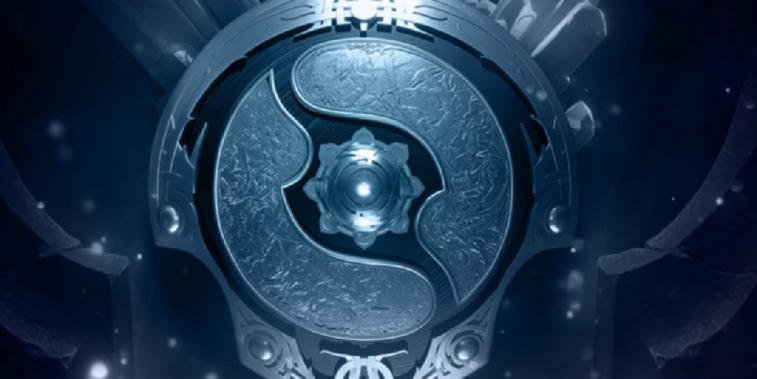 At the end of 2020, despite promises from Valve, we’re still no closer to knowing what will become of this Dota Pro Circuit season. According to the company, the DPC will start again on January 18th. But will this be the official start of what would have been the 2020-2021 season – not a conclusion of the previous 2019-2020 season? As a result, pro Dota 2 is left with an asterix in its record books. A lost season with no real champion.

Since 2017, the DPC has been the formal framework of professional Dota 2. But in 2020 that collapsed. After just two Majors and three Minors, the remaining four events were cancelled due to the coronavirus pandemic. In the wake of these cancellations we’re left with a lot of questions and few answers. With the season effectively called off, and no International winner crowned following the DPC, all that remains is to look back and take some solace in the fact that any professional Dota 2 happened at all in 2020.

Given what followed, a dangerous trap to fall into would be to think that the 2019-2020 DPC season started normally enough. It did not. Instead, it started with one of the most remarkable runs from a Southeast Asian team in recent memory. TNC Predator had been a middle-tier team during the previous season. They had respectable showings at Majors and didn’t finish terribly at The International 2019. But as the new DPC season started, TNC became the top team in the world.

With OG, Team Liquid’s former roster (soon to be Team Nigma), Team Secret, Virtus.pro and others taking breaks from the tournament scene, it was TNC’s for the taking. The SEA organization dominated at the non-DPC ESL One Hamburg, and then swept the MDL Chengdu Major. The win skyrocketed them to the top of the DPC standings, a position they still hold.

However, with the release of the Outlanders Update, TNC crumbled. In their place, the more familiar faces of professional Dota returned. Team Nigma topped the Bukovel Minor, and Team Secret began their record run, narrowly defeating Evil Geniuses at the DreamLeague Season 13 Leipzig Major. We were on track for a hell of a DPC season. It genuinely looked like no one team would dominate, and instead we’d get a super competitive season.

But all across the world signs that something was amiss started to creep in. In the month-long break between the Leipzig Major and StarLadder Minor, a global pandemic started to threaten everything.

I was in Katowice for IEM when it became one of the first esports events in the West to be cancelled due to coronavirus. While I worried about possibly not being able to get home, with flight cancellations across the board, Dota 2 was about to be rocked by a far worse wave of cancellations. The elation of Team Aster, who were victorious at the StarLadder ImbaTV Dota 2 Minor Season 3, was turned to sadness, as ESL One Los Angeles was postponed and later cancelled. Aster would then struggle with quarantine issues, with some members stranded in Europe for weeks after the event.

But ESL One LA was just the start of the cancellations. The following Minor, the next Major, and eventually the entire season was cancelled. With some of the teams already in LA, Beyond the Summit took advantage of the situation to make it’s Dota Summit 12 event a much bigger deal. With some of the casters having been booked to perform at the LA Major, the tone was distinctly somber, though.

By the end of March, professional Dota 2, much like the rest of the world, was tilting to online. A plethora of online events, starting with the WeSave! Charity event, and continuing with ESL’s replacement tournaments for the LA Major and ESL One Birmingham to fill the gaps in the schedule. Tournament organizers including EPICENTER, WePlay!, Beyond the Summit, and ESL picked up the slack, and we rarely starved for Dota 2 action. In fact, at times there was far more than we could handle, with one offline tournament finishing, only for another to start just days later.

Around the community, there was hope that in seemingly distant August, this would all be over, and TI10 would go ahead. As the months wore on, this turned to doubt and eventually defeat as The International was officially postponed.

Even with the DPC all but officially cancelled, teams didn’t stand still and wait for next year. Especially not Team Secret. As we might have mentioned before, the team’s achievements were incredible in 2020. Becoming the winningest team in Dota 2 history with an unbeatable streak of tournament victories. Even if the conclusion of the year saw them fall in the standings somewhat, it’s still a record year from a team that didn’t let a lack of DPC slow them down.

Team Secret weren’t the only teams pulling out all the stops. OG, never ones to give up, continued crafting and honing their squad, despite plans for a three-peat TI firmly delayed. What’s more, smaller teams have risen massively to the occasion. Vikin.gg, a relative unknown formed at the start of the 2019 season, are possibly the biggest surprise of this lost season. Having played in virtually every online tournament that came their way, the squad went from relative unknowns to some of the top players in Europe. Players such as Miroslav “BOOM” Bičan, are now feared mid lane opponents, and it’s because they’ve carved out a name for themselves across dozens of tournaments in 2020.

Likewise, the ascension of Virtus.pro’s youth team, VP.Prodigy, has to be one of the most dramatic competitive Dota stories of the year. The team was founded on April 1st, which meant it fell through the cracks in terms of news with outlets avoiding any potential April Fools jokes. This inauspicious start didn’t stop them from making an immediate impact. After crushing tier three events, the team entered May’s WePlay! Pushka League, and only Team Secret could stop them. They even defeated their sister team, the main Virtus.pro roster, in the finals of the Epic Prime League. Slowly, the Virtus.pro organization would opt to send VP.P to tournaments instead of their struggling “main roster.” Finally, after months of proving they were the best team that the organization could field, the stack were promoted to the primary roster. How did they celebrate their promotion? Why by winning the next tournament they entered, of course.

There’s dozens of stories this year like this. Of teams that probably wouldn’t have even had a chance in conventional LAN tournaments suddenly making waves because of the more frequent online events. Teams like the resurgent Yellow Submarine, the recently formed Brame, or Live to Win are just a few names that come to mind. Competitive Dota 2 was a bit of a free for all in 2020, and that wasn’t always a bad thing.

With some teams surging, it’s only natural that others were plummeting in the standings. The sad reality of the Dota 2 ecosystem is that the majority of earnings come from The International. With it cancelled, and no DPC to compete in, it just wasn’t financially viable for many teams to continue in the game.

The first shot across the bow came as Reality Rift shut it’s Dota 2 operation. With the reason given as “lack of official competition,” this should have been a wake up call for Valve and tournament organizers. Geek Fam were the next casualty, shutting down despite a stellar start to it’s 2020. Their official reason included references to a lack of updates on the future of the DPC. Geek Fam had a decent standing in the DPC rankings, and would likely have had an automatic invite to TI10 if it had gone ahead. SEA was one of the hardest hit competitive regions by the lack of support and it’s no surprise that the first two closures came from the region.

It's just a chapter. We’re not giving up, we’re not uninstalling and we’re not going to low prio. Thank you all ❤️

One of the biggest blows outside of SEA came months later in November, as Ninjas in Pyjamas closed it’s Dota 2 division. Painted as so long, but not farewell, the optics of a top esports organization closing its doors are still not good. The subtext of this departure is that NiP will come back to Dota as soon as Valve figures out how to support teams better. They may be waiting a long time.

Even if we didn’t officially lose some teams, it certainly feels like they’re gone. Evil Geniuses have been missing in action since September. But even before that, the team hadn’t shown it’s face at a tournament since June. It’s odd mix of EU, SEA, and NA players had made it doubly susceptible to the kinds of issues any team could face in a global pandemic. With most of its players based on the other side of the world, EG struggled with stand-ins and high ping. They even lost their biggest signing of 2019, when the youth prodigy Roman “RAMZES666” Kushnarev seemingly departed the team for good in late November to join an unsigned CIS team for the EPIc League.

As we’ve discussed, EG is a team struggling with its identity. With the rest of the brand committing to NA esports and capitalizing on their legacy, it’s ironically the Dota 2 team, the most successful division in EG’s history, that’s being left out in the cold. The team simply can’t continue to exist in NA, and 2020 showed that.

But it’s not all doom and gloom…

The DPC starting is, in theory, less than a month away at time of writing. It’s exciting and worrying at the same time. In many ways 2020 was the perfect dress rehearsal for the new DPC, which switches to online regional leagues. Tournament organizers were asked by Valve to bid on these league places, but now almost every organizer has effectively proved they can hold online events. Valve even helped support them with changes in the restreaming rules, protecting TO’s and helping them secure sponsors.

The 2019-2020 DPC season may never have a true end. TNC Predator will go down in the record books as the team with the most DPC points, and Team Secret will go down as the team that won the most events that year. But we’ve also learned that pro Dota 2 is fragile, and it’s going to need to change in ways that weren’t always apparent in the past. The move to a more structure league system may just be exactly what Dota needs to continue forward as a successful esport. Whatever the case, things can’t stay the same. But I still can’t wait to be able to head to a real Dota 2 LAN again, whether that’s TI10, the first Major of the DPC season or something else. There’s no closure for 2019-2020 season, but it was still a hell of a ride while it lasted.