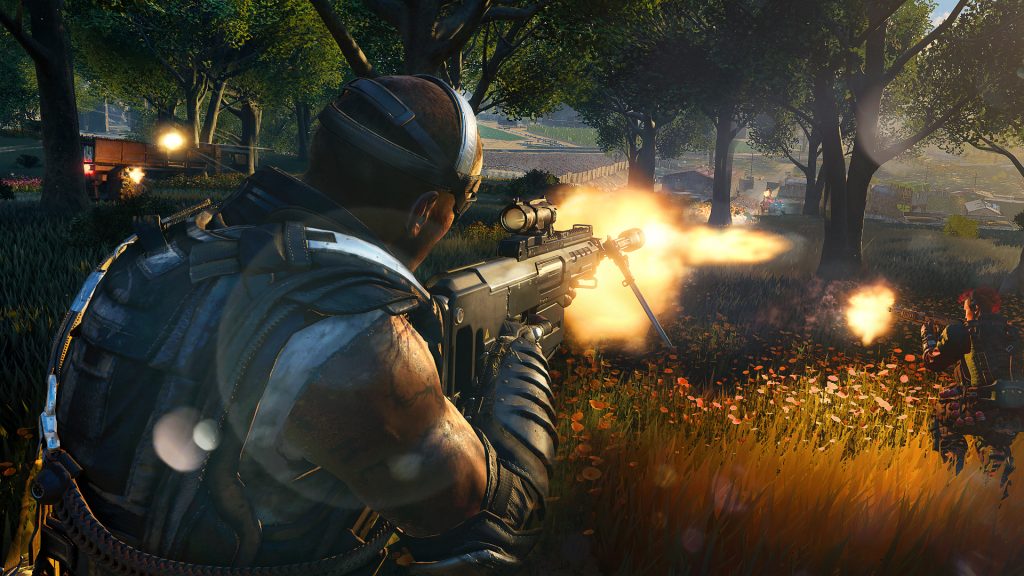 It shouldn't be a surprise, but assault rifles reign supreme in Call of Duty: Black Ops 4.

Call of Duty: Black Ops 4 is a game that combines classic with modern. There are maps and guns returning from previous Black Ops games for the veterans, and a handful of new stuff for gamers to explore. Players who are looking to hop right into competitive play, this is the guide for you. There are dozens of guns within Black Ops 4 across submachine guns, assault rifles, light machine guns, and more. It can take hours to understand the strong suits to each gun before selecting your final arsenal. Ain’t nobody got time for that. In this article, we will go over the best guns for each weapon category. It doesn’t matter if you prefer to snipe from across the map or get down and dirty with SMGs; we got you covered.

If you are playing in a match on a smaller or tight map, then you will run into SMGs. Call of Duty is known for its run and gun meta, and some players take this to heart. SMGs with rapid fire are generally a deadly combination, but there are a few guns that stand out from the rest.

You can drop hundreds of hours on this gun and feel like a God for every second. The MX9 is the first SMG that is available. After a few hours of gameplay you will not want to try any other weapon. Why fix what isn’t broken, right? Even with no attachments on, this gun melts enemies into a pool of rage. Toss on long barrel with extended magazines, and you will be running through the tournament pools in no time. There are a few optical options, but so far the community has landed on the red dot sight for most favorite.

Even though the MX9 is the overall favorite SMG, the GKS is another great option. For an SMG, this gun does less damage overall than the MX9, but has a bit more accuracy at long range. If you prefer to run around the map while having the option of dealing with threats at longer range. The GKS does not have the accuracy that assault rifles have of course. If you are looking for a secondary option over the current favorite, then the GKS might be the choice for you.

ARs are king in Black Ops 4 due to the maps being larger than normal to fit the new five versus five gameplay. Each map is split into three or more lanes while there are crates, rocks, trees, and more to cover behind. Using an AR is the best option if you prefer to hang back behind the front lines.

Starting off in the AR category is the ICR-7, and is the first option. The ICR was the first gun I used, and I immediately felt its potential without attachments or a reticle. This gun is the best option for long range kills, while proving its purpose at medium and short range. However, it is the combination of different attachments that really propel the ICR into a virtual laser. If you toss on grip – grip 2 – and long barrel then your shot will have almost no recoil. One of the best attachments in the game is grip 2, as it minimized recoil along with your character’s reaction to damage flinch. Most pros are currently running this setup, like FaZe Clan’s Attach.

If you are a fast paced AR player, then the VAPR will fit perfectly into your style. Competitive players have already commented how fast the VAPR fires, and acts almost like an SMG. One of the downfalls to this AR is that the damage falloff at long range is very noticeable. At around 35-40 meters you will notice that it takes much more precision to land shots, and shots below the shoulders do significantly less damage. You can combat these distance issues with a reticle along with the long barrel and grip attachments. If you are using this gun for distance, then you should be rocking the ICR.

This section is for the boys and girls who like to turn their enemies into montages. There is always a place for snipers in Call of Duty, as competitive players have quick-scoping down pat. You do not have to be a sniper God to be an asset for your team. More than likely all snipers will choose one gun, and one gun only: The AUGER DMR.

There is only one sniper that is worth talking about in Black Ops 4, and that is the AUGER. The AUGER destroys enemies with one shot on the shoulders and above, two shots on the torso, and three shots below the beltline. One of the best attributes to this sniper is that you can lay an entire clip into an enemy without reloading. If you are a competitive player with a lightning-fast trigger finger, then there is nothing else to say. In order to beef this beast up toss on full metal jacket, long barrel, and fast magazines will turn you into a sniping nightmare. You can test out different attachments to fit your style, but the previously mentioned attachments seems to be the crowd favorite. Most competitive snipers you see have already fallen in love with the AUGER.