The Best Teams in Competitive Fortnite 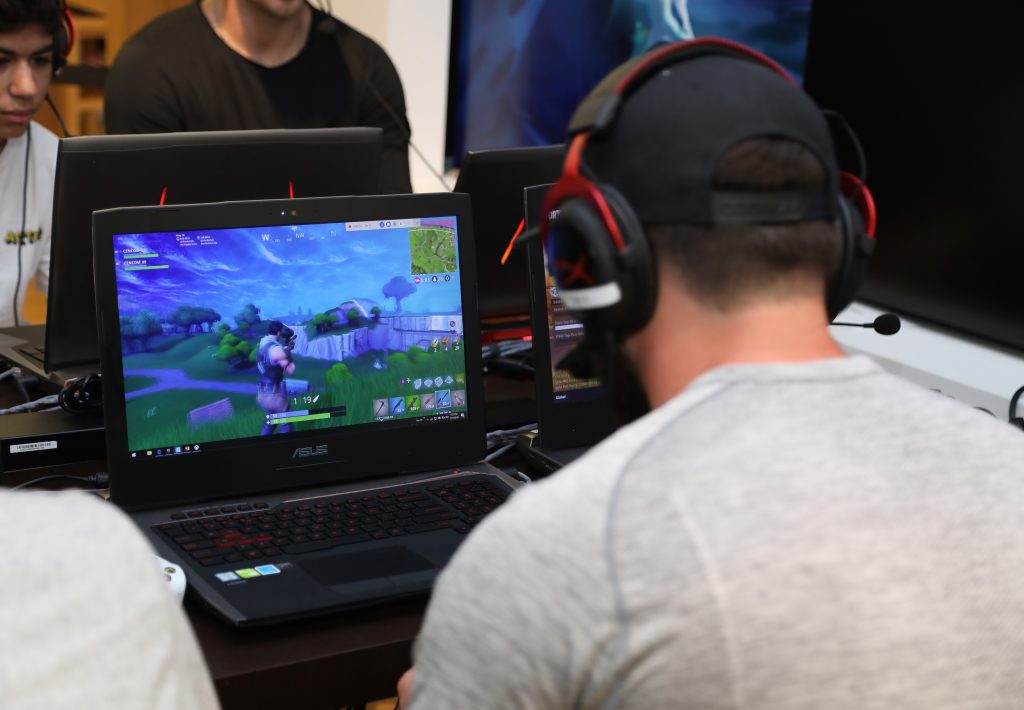 Epic’s Fortnite has exploded into the public eye for the past year, and that includes the competitive side of the game. Epic has forwarded $100 Million directly into a prize pool for future Fortnite competitions throughout 2019. Several industry experts and public personalities have expressed their doubt in a future for Fortnite esports due to in-game inconsistencies like RNG. For those who are not familiar with Fortnite, some of these inconsistencies are loot drops, bloom, drop packages, circle positions, and more. Each crate does not drop the same game each time, the circle lands in a random position, and other situations that players cannot control. These potential problems did not stop top organizations from scooping potential players and personalities. Organizations like FaZe and Team SoloMid started putting players on their roster far before an esports scene was even established.

Since the Pro-Am event at E3 in June, the Fortnite esports scene has grown at a rapid pace. This was also due to the number of viewers who were already invested in Fortnite competitions thanks to Keemstar’s UMG partnered Friday Fortnite tournament. His tournaments have taken a backseat to Epic’s own tournaments like Summer Skirmish. Aspiring and professional players have had since May to practice in a competitive environment, and we are now starting to see which players and teams are emerging victorious and which squads are being lost in the storm of mediocrity.

It is important to note that most of these teams are focused on the Fortnite World Cup in late 2019, as qualifiers begin in Fall 2018. The $100 Million that Epic has dedicated to Fortnite esports is going to largely reflect on this tournament. Of course, players will play in other tournaments to gain experience and earn money. Our results were collected across the Friday Fortnite and Summer Skirmish tournaments to organize this piece.

Ghost Gaming’s players shine the best in duo situations. They appeared briefly in the Friday Fortnite tournaments, but they have recently grown to success during Epic’s Summer Skirmish events. During the solo events, their players have not shown up, as they have yet to break a top 20 spot on the leaderboard. The situation is different when you turn to their duo teams. During week 5 of Epic’s Summer Skirmish, four of their players landed on the leaderboards as Bizzle and Dmo took 2nd and Ghoul and Saf stood at 3rd, respectively. The Ghost squad has been popping off since the end of July, and I am intrigued to see where their improvements land them. We will truly see where they shine when another solo event takes place within the next few weeks.

Luminosity Gaming has gained their notoriety in the scene for their pro streamers like Ninja and SypherPK. Even though they do compete in tournaments, they are not registered professional Fortnite players under Luminosity’s team. Do not dedicate all of your Luminosity love to the two faces, as the four Luminosity pro players are worth the attention. One of my favorite players to watch recently has been Kreo, as he took 3rd at week 4 of Epic’s Summer Skirmish tournament. A stream clip circulated the internet of the young man calling his father after winning $45,000. It was just a glimpse into how Fortnite esports has changed lives all around the world. The Luminosity squad has a great duo of mentors to turn to in Ninja and Sypher, which is a valuable perk in this scene.

Team SoloMid was the first to pick up players, starting with the infamous Myth. Myth is known for his fast building and editing skills, which earned him the spot of captain. Hamlinz is a solid player who has carried his captain several times to victory, especially in the Friday Fortnite tournaments. Daequan is quick to call the game “doo doo”, but his phenomenal shotgun skills are not to be messed with. He did change the meta several times along with bringing the limelight on the “double pump” loadout. Aimbotcalvin is also a force to not be wrecked with as he deadly accurate, as the name references. The team as not walked away with as many wins as the community expected, but it is only a matter of time until they pop off. These four men have too much raw talent to be doubted.

The FaZe squad is the top squad in Fortnite when it comes to personality. All of their players stream consistently on Twitch and appear on different forms of content across FaZe’s social media platforms. Tfue and Cloakzy walked away from the Friday Fortnite tournament with four total wins and netting a dope $25,000 each. Tfue and Cloakzy are always on top of the leaderboard, regardless if they are teaming up or not. Every player on this squad is consistent and holds the technical skills to be considered top-tier. With in-game leaders like Tfue and Cloakzy to lean on, it’s no wonder they are at the top.

We cannot ignore Team Liquid’s squad as each player has individually shown off their skill in solo and duo competitions. Each player began to shine in Friday Fortnite as they continually showed up on stream and destroyed lobbies. 72hrs and Complexity Gaming’s Hogman took home 2nd place during the June 15th Friday Fortnite tournament behind Team Secret’s Domentos and Mongraal, which we will mention later. Almost a month later, 72hrs and Chap took 3rd during the first week of Epic’s Summer Skirmish earning them $30,000. Since then, the team has turned around and has earned over $100,000. Liquid is at the top nearly every competition and I expect them to continuously smack down any teams that try to take the throne from them.

Team Secret is such a treat to watch as most of their players are just starting to dip their toes in the competitive scene. During the late week of the Friday Fortnite tournament, Domentos and Mongraal surprised the community by taking first. The organization ran into some issues during that week as the organization Twitter unintentionally bashed the tournament format. The players were almost removed until the 13-year-old Mongraal stepped forward to correct the situation. The teenager then went on to win the event with his teammate Domentos. Since then, the players have stood to prove their maturity on top of their in-game knowledge, skill level, and mechanical skills. Even though the rest of the team is 21, 20, and 17, they have a lot to prove. It will be interesting to see if these young men grow together as a team, or fall apart into shambles.