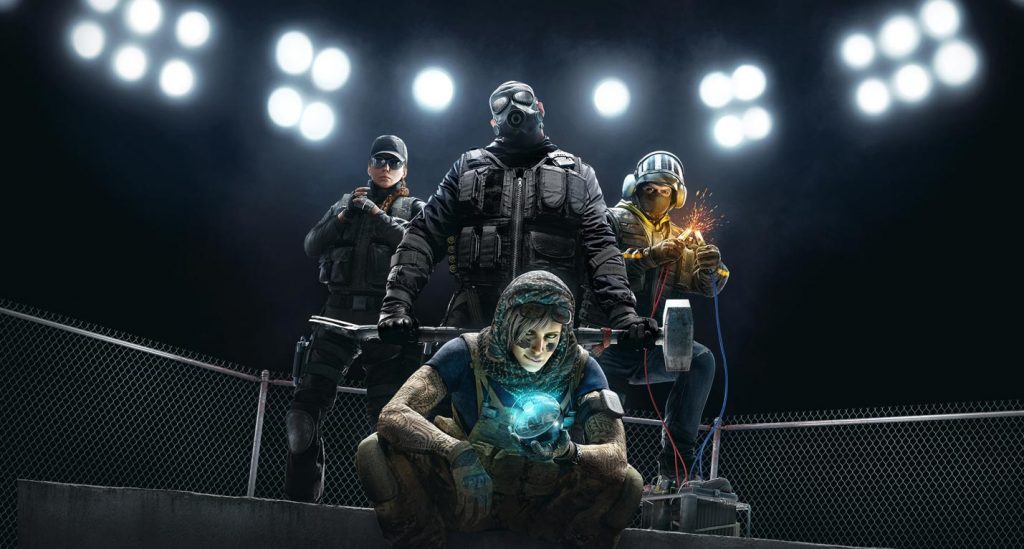 2019 was a monumental year for Rainbow Six Siege esports, one that included many memorable moments (Image via Ubisoft)

What a year 2019 has been for Rainbow Six esports. We have picked out some of our favorite moments, their surrounding context and just why they are significant. Expect to see reasonable shock factors, heartfelt moments, and other factors to fill the list.

Team Empire exploded onto the stage in 2019, after dominating the EU Challenger League throughout late 2018. Upon their entrance to the EU Pro League Season 9, they continued their momentum. Even in the Six Invitational 2019 European Qualifiers, they buried their regional opposition. Fast forward to the SI2019, they met G2 Esports in the grand finale, losing 3-0.

With their momentum finally shattered, they began to rebuild themselves to a concluding LAN victory in Milan, winning their debut season. This momentum carried onto Season 10, where they sat on top of the league by the mid-season break.

Then came the Six Major Raleigh. Team Empire once again found G2 Esports in the Grand Final. Only this time, they no longer feared their opponent. Team Empire won the event 3-1, with close maps between the two sides. Although, the final map was on Coastline, a map known for G2’s historic success on it. Team Empire won Coastline 7-3, making a symbolic statement that the G2 Esports era had officially ended. At the time, it even looked Team Empire was set to replace the G2 era with their own if it wasn’t for the Season 10 Pro League results – which is an entirely different story.

Despite Na’Vi and Team Empire having a similar narrative, Na’Vi deserves a spot on the list for their own reasons. Na’Vi was not on the radar for most teams to attend the Pro League Finals, never mind win it. This is a story of the underdog that made it.

Their entry into the Pro League season was nothing special, and they most certainly had issues, but they had a solid start to the league, nonetheless. Natus Vincere did well to come back stronger in the second half of the season. However, their hype was swiftly killed with the 6 months ban of Jack “Doki” Roberston. The team had to adapt with Ellis “Pie” Pyart acting as their temporary 5th.

But this didn’t seem to slow them down. In their match vs PENTA, the team looked and felt confident with their in-game plays. You’d have to look twice to realize Doki was banned. Although, it wasn’t all smooth sailing. The biggest cause for this was against G2 Esports when they were down 0-5 at one point. Na’Vi closed that game 7-5, showing their resilience to remain in the top two. With a stroke of luck, Giants fell on the final EU playday, allowing Na’Vi to take first place in their debut season.

Moving into the Season 10 Finals in Tokoname, Japan, the roster ended up taking the entire thing.  Ben “CTZN” McMillan even broke the record for most kills in a professional R6 match at the time. But they did have their own challenges, such as looking wobbly against Wildcard Gaming and losing their first map against Team Reciprocity.

Natus Vincere’s success in Season 10 is one that caught the world by storm and is a very heartfelt moment. This may even be the greatest long-form underdog story in Rainbow Six’s history. Overcoming roster disruption, facing near elimination, and on the verge of crushing defeats makes their story worthy of note. No doubt any team with big ambitions within the scene will look towards Na’Vi as their inspiration.

Aerowolf has been the rising star in the APAC scene for the majority of 2019. In the Season 9 APAC Finals, they made their first upset against Cloud 9, who was APAC’s third team in 2018. Aerowolf then made an international appearance at the Allied Vegas Minor with some hype behind them. Sadly, they were eliminated 0-3 in the event’s swiss system. Aerowolf’s brief success seemed like a flash in the pan.

At least until the next APAC Pro League Finals. Here, the mysterious Singapore team went to the next step by upsetting both Fnatic and Nora-Rengo. They then qualified for the Season 10 Pro League Finals as APAC’s first seed. This was after a victory against Australia’s Wildcard Gaming.

The Aerowolf legend of upsetting lived on in Tokoname, Japan. Giants Gaming was their quarter-final opponent in the Season 10 Finals. In what was a close series, Aerowolf won 2-1, with two maps ending in overtime and the final map ending 7-5. With Giants’ defeat, Aerowolf is the first APAC team to ever defeat an EU team at LAN. Is this iconic APAC moment a sign the gap is closing?

History has been made!

We beat one of the best teams in EU, Giants Gaming, and we are the first team from SEA to be in semifinals of global event!

Here is the moment against… https://t.co/uIRXwpaAcQ

Team Liquid vs Mockit at the Six Invitational 2019 was a story of one-upping each other in two very close series. Mockit ended up taking the very first series in the group’s opening round. But Team Liquid and Mockit found themselves playing a rematch to determine the group’s second seed.

In their second series, the story of Team Liquid’s turnaround was slowly setting. The first map of the series was on Border, Mockit won the map in the first series with a 7-2 map score. However, Team Liquid in the second series was ready with their improved game plan. Team Liquid was clearly ready for Mockit, as they won Border 8-6. They then lost Mockit’s pick on Oregon 7-5.

On the final map is where the real moment broke out. The final map of Villa is defender sided, and Team Liquid made that known. It was in the final round of the map where Thiago “xS3xyCake” Reis clutched a 1v3 in the master bedroom. If Team Liquid failed to win that round then the series would have gone to overtime, and who knows what would have happened given the 3 rounds of overtime and its defensive favored nature.

The moment was so noteworthy that it even won the best play of the year at the Esports Awards. For further context, Team Liquid has been LAN giants all year, with great runs at DreamHack Montreal, Brasileirão 2019 and recently winning OGA PIT 2019. They should easily be one to watch in SI 2020 for their great year at LAN.

Spacestation Gaming has sat in a stable position in the North American Pro League for a considerable amount of time. Although, they had not achieved anything noteworthy at that time. All this changed in the summer of 2019 when Ubisoft and ESL gave them the chance to attend the Six Major Raleigh.

Spacestation Gaming was arguably the best team from North America at the Six Major. And that’s surprising since EG and DarkZero were NA’s best at the time, and Rogue have a history of doing well internationally. Out of the 5 NA teams attending it was TSM and SSG that made it out.

Whilst the story ended for both TSM and SSG in the quarters, it was an honorable moment in their careers. For SSG especially, it showed that their gifted invite was not wasted at all. Following on, there was an NA roster shuffle that saw SSG acquiring Troy “Canadian” Jaroslawski.

The team was on an upward trend anyway, but Canadian’s appearance seems to have helped further it. All this momentum was unleashed in December, as they made second place in the OGA PIT LAN. Finally, SSG took over the USN finals in Vegas and won the event without dropping a single map.

SSG’s recent rise has given the team an entirely different stock. In a region where the old guard has fallen, teams like DarkZero took those spots. Is SSG a new entry for NA’s top two teams next year?

Team Secret Unexpected Rise – From relegated to Season 10 Challenger League to Allied Vegas Champions. A great yet unexpected turnaround in such a short time.

BDS Esports and Shaiko – Shaiko unbanned, signed by BDS and they then tore down DreamHack Montreal finishing third. Then first in Challenger League.