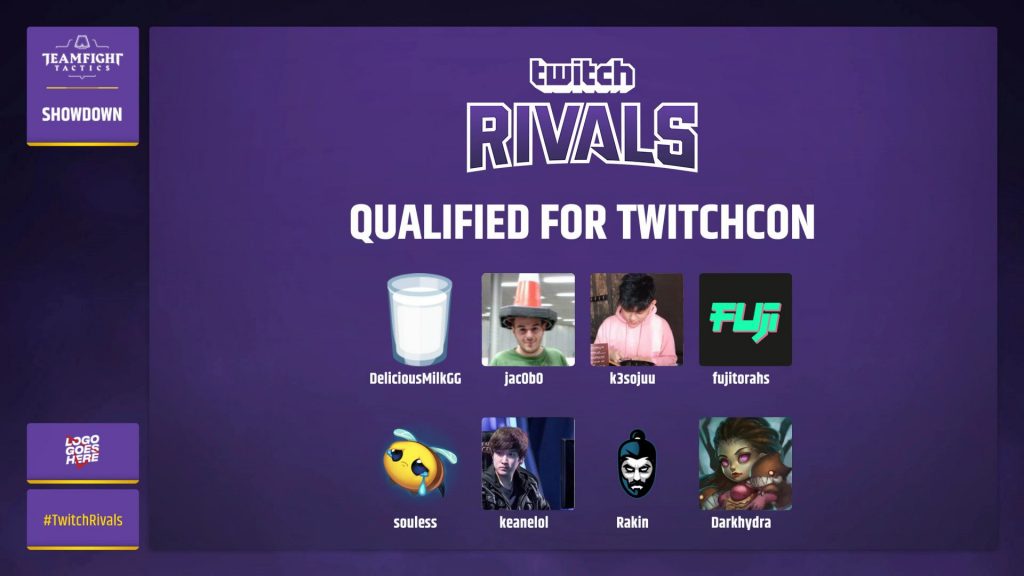 After a drought in official tournaments for Riot’s Autobattler, Teamfight Tactics finally returned to the Twitch Rivals channel today. Twitch hosted the TFT Road to TwitchCon. Featuring some of the best streamers and pro players the game has to offer, the event was a welcome return to high-level TFT play.

Hosted by Twitch Rivals staple Caleb “WavePunk” Simmons, and cast by David “Phreak” Turley and Sam “Kobe” Hartman-Kenzler, the tournament was just the second Teamfight Tactics event Twitch and Riot Games have co-hosted. The event acts as a qualifier for the live TwitchCon Showdown. The Showdown is being held during TwitchCon San Diego. In addition to a spot in that tournament, top performers earned a share of US$50,000, with up to $2,500 available for winners of all five rounds.

This second Twitch Rivals TFT tournament featured an almost entirely different cast of players from the previous iteration, which Twitch hosted in July. Nearly all of the “A-tier” streamers from last time were gone, with many of them already TwitchCon bound. Additionally, previous winner Josh “JoshOG” Beaver did not return to reclaim his crown.

Meet the streamers competing for a Top 8 spot into the TwitchCon finals! #TwitchRivals

Everyone’s live on Twitch, so go cheer on your favs. pic.twitter.com/6Y5uFNaYjo

With a far more compact format than its predecessor, the tournament kicked off its five-round sequence at 10 am local (PDT) time, as four rotating lobbies of eight players attempting to achieve the best aggregate score. With each round squeezed into just a single day of games, what followed was five intense hours of TFT gameplay.

Right from the outset, a clear talent gap emerged. The highest level players of TFT seemed to breeze through the rounds, and dominate in the middle stages, where good openings can be trumped by a better understanding of rolling for new pieces and transitioning into builds.

At the very head of the pack was DeliciousMilkGG, holder of positions one and two in the North American TFT competitive rankings. It was a place he’d secured just a day before the tournament began.

Hit Rank 1 and 2 time to retire from TFT pic.twitter.com/Nsp6DrcrrT

DeliciousMilk quickly secured the top position in his first three rounds, even as he transitioned between lobbies filled with top-level players, including Michael “k3sojuu” Zhang, G2 Esports’ Jakub “Lothar” Szygulski. Only in the fourth round did he face a genuine challenge, against 23×59, Dark Hydra, and former Origen player Erik “Tabzz” van Helvert. Ultimately 23×59 would win this round, rocketing him up the standings, and leaving DeliciousMilk with a sixth-place finish.

With the final round looming, it was a case of players on the edge of securing a spot trying to land an invite. Keane narrowly missed out on the win with the fully stacked Lissandra, after nugiyen’s Gnar cleaned him out, but still grabbing the qualification spot. DeliciousMilk secured a final win in round five securing an incredible four top finishes. Ultimately this fourth victory was enough to secure DeliciousMilk the top spot, with Jac0b0, k3sojuu, Fujitorahs, TSM Souless, Kean, Rakin, and Darkhydra joining him in qualifying for TwitchCon. Narrowly missing out were LotharHS, becca, wicked, GN_GG, SuperJJ (a top performer from the first Twitch Rivals TFT Tournament).

WON 4 OUT OF MY 5 GAMES for Twitch Rivals for a 1st place finish. never been so burnt out from tft in my life

What’s remarkable for viewers of competitive TFT is how much the game has changed in just under two months. With the recent additions of the new Hextech origin, as well as the increased understanding of how the game works, the meta of this tournament had almost wholly shifted from its predecessor. Of particular note was the increased priority throughout on keeping a full bench, allowing players to quickly transition from one build to another. And the big carry units of the game have also completely shifted, with the “Demon Bear” Volibear which dominated play in the previous Twitch Rivals event gone, in favor of the likes of the Aatrox/Blade Master stacking, and Jayce shapeshifter build.

Eight victorious players are headed to San Diego to take part in another Riot Games and Twitch collaboration, having each taken a fair share of the $50k prize pool. For the competitive scene, one of the most notable aspects was the performance of the two TSM players, Keane and Souless, who both made top eight. At the TwitchCon TFT Showdown, which is set to run between September 27-29, these top players will take part in the first official offline tournament for Riot’s Autobattler.