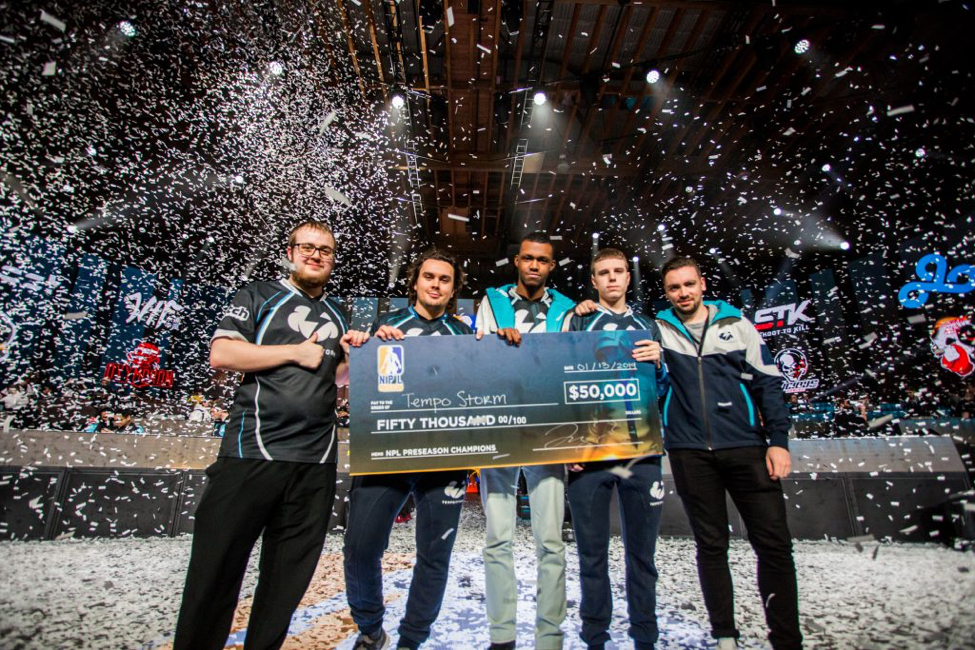 Tempo Storm were comfortably sitting in second place after Week 1 but they turned things up this week with two wins in the NPL. (Photo courtesy of OGN Esports)

The second week of the National PUBG League – the professional league for North America’s top 16 teams – has already come and gone. After Why Tempt Fate’s dominant showing in the opening week of action, the second week proved to be quite a mixed bag with a new leader emerging and round wins being quite widespread.

The team who sat firmly at the bottom of the standings after the first week of play, eUnited, managed to shock us all by coming out of the gate hot and securing the opening chicken dinner. Things quietened down for them afterward, and while they’re still occupying a relegation spot, they got themselves out of a tricky spot in seemingly no time at all.

Tempo Storm were comfortably sitting in second place after Week 1 but they turned things up this week with two wins, whereas Why Tempt Fate struggled to make anything happen. Tempo Storm have managed to claim the top spot and build up a decent lead already. The other top five teams will need to shut them down next week if they want to overtake them before the closing couple of weeks arrive.

Simplicity pulled off two victories in a row, winning the last round of the first day and the first round of the second day. They were effectively in the middle of the pack after the first week, but have propelled themselves in the top five thanks to two clutch performances.

The victories were spread well throughout the weekend with six individual teams achieving that all-important chicken dinner. Ignoring repeat offenders Tempo Storm & Simplicity, as well as eUnited clawing their way back in, other victors included Ghost Gaming, Shoot To Kill, and Team Envy.

Here’s how the leaderboards look after the second week of the National PUBG League:

Moving into the last three weeks of play, we expect Ghost Gaming to continue to rise through ranks. Not only did they finally obtain a win this week, but they also had two instances of finishing in the top three; consistency is key and it appears as if they’re finding their footing after an uncharacteristic display last week.

The top five aren’t particularly surprising considering the caliber of the rosters that each of the squads contains. As the weeks go on, it increasingly becomes a game of consistency – not just who can grab a rare chicken dinner. You’ll see, as we approach the end of Phase 1, that a team with hardly any wins could easily sit atop of the leaderboard.

The NPL returns next Friday, February 15th. Will Tempo Storm continue to pull away from the pack? Will the top five teams continue to cement their places towards the top of the standings? Will a team have an outstanding week and grab multiple chicken dinners? We’ve got less than a week to find out!