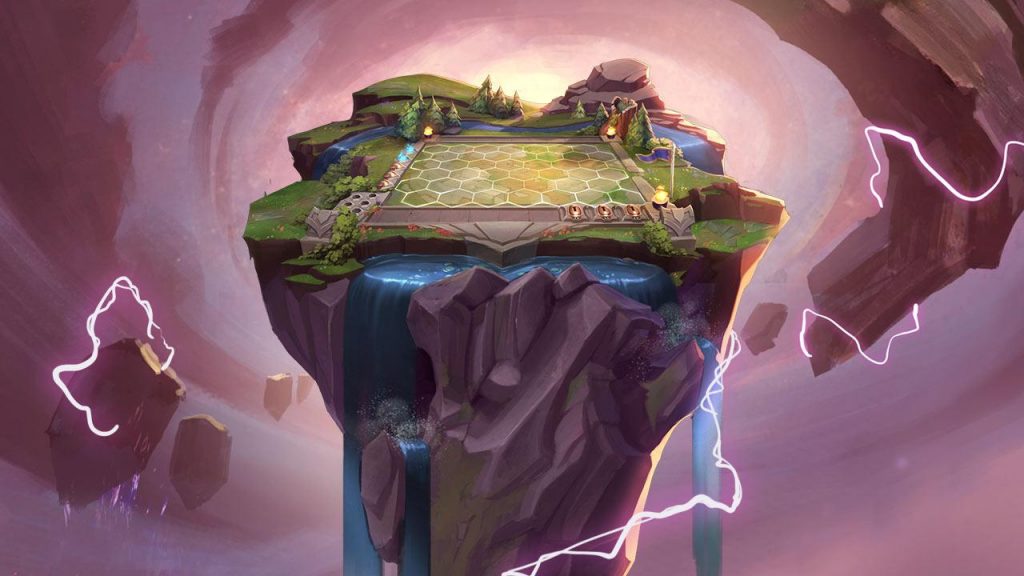 Riot Games' Teamfight Tactics needs some tweaks to make it more new-user-friendly, but it's complexity and balance are appealing. (Image via Riot Games)

The Dota 2 Mod dubbed Auto Chess sparked a new genre called autobattlers that appeals to fans of several game genres. Elements of multiplayer online battle arenas, trading card games and traditional chess gave this crossover something for everyone to get gamers hooked quickly. The instant success of the mod has already led to several new versions of the genre. Drodo, the creators of the mod, made their own version of Auto Chess on mobile after a meeting with Valve did not result in a partnership. Valve announced and quickly released their own, similar version called Dota Underlords. Finally, Riot Games announced their own version called Teamfight Tactics (TFT).

With a sudden influx of options on the market and more surely to come, there are no wrong choices in the autobattler genre as they all have their pros and cons. How does Teamfight Tactics stack up to Auto Chess and Dota Underlords so far?

The Auto Chess mod was littered with problems and felt clunky — it was just a mod after all. Dota Underlords improved on the clunkiness, but in the process delivered a UI that is clearly designed for mobile. That’s fine for a beta and it makes sense that Valve wanted to get it out quickly, but the screen feels very cluttered on PC. That said, every relevant piece of information is on display and very easy to access.

Teamfight Tactics took the less cluttered Auto Chess mod and combined it with the responsiveness of Dota Underlords to have the best-looking UI in my opinion  — with a huge caveat. Information in the game is far too hard to find or is flat out missing. Cheat sheets are almost mandatory for new players to have any clue what the item combinations produce and which champions fit each synergy.

There is no DPS meter, no information on champion stats like attack range or armor, and — even more troublingly — some items have tooltips that read “high/low chance to X” with no specific percentages. The lack of a scoreboard makes it harder to keep track of your opponent’s board. You can only see what interval of 10 gold your opponents have, and only if you check the side of their board. The game may look great, but it is lacking a lot of information that other autobattler games have already made standard.

Riot Games got the champions right in Teamfight Tactics. They look and feel like the champions in League of Legends and carry over their defining abilities as ultimates in TFT. There are only 50 of 144 champions in TFT right now, but Riot will surely expand the champion pool as the beta and game progress for balance and to keep the game fresh.

Like the other autobattlers, TFT champions have two classifications: Origin and Class. Each requires a certain threshold of like champions to unlock a bonus. There are 13 Origins and 10 Classes to synergize, giving players a diverse enough pool to keep things interesting after several hours of play.

Items have been one of the more controversial topics in the young autobattler genre. Auto Chess made item drops random per creep on every creep round, then eventually added item distribution when other players died, again randomly. Dota Underlords improved the consistency of items by giving every player an item on each creep round, offering a selection to choose from if the creeps were killed and a random item if not.

Teamfight Tactics operates similarly to Auto Chess in that item drops are completely random on creep rounds, though items are not distributed when enemy players lose. However, TFT introduced a carousel phase that guarantees an item in each round. Champions with an item already equipped parade around a carousel as players are let in two-at-a-time in reverse standing to take their pick of the remaining champions.

Champions can hold up to three completed items in TFT, down from six in Auto Chess but up from one in Dota Underlords. Items cannot be transferred unless the champion is sold. Every basic item combines with another basic item to form a unique completed item, making the build paths much less complicated than in Auto Chess. However — as we mentioned in the UI section — there is no better way in game to learn the item combinations than to place a basic item on a champion on your bench and hover and second item over it. That makes a cheat sheet mandatory for even a veteran player, as there are currently 64 completed item combinations.

The items themselves function similarly to those in League of Legends. BF Sword leads to damage items, Needlessly Large Rod to spell damage, etc. Items are much more important in TFT than Auto Chess or Dota Underlords, for better or worse. Most of the time, you should pick a champion on the carousel for their item rather than the champion itself. This leads to frustration with the decision to make item drops random on the creep waves rather than more standardized.

Riot didn’t change much of the core gameplay that Drodo developed and Valve used in their games. There are eight players pitted against each other in a free-for-all. Champions cost anywhere from one to five gold, three one-star units combine into a two-star unit and three two-star units combine to a three-star unit. You still gain experience to level up, but in TFT you gain two experience per round and it costs four gold to purchase four experience. TFT caps at level nine, one level short of the other auto-battlers, though you can get extra units in with an item called Force of Nature. Gold interest levels are the same intervals of 10 and capped at 50. Win and loss streaks still give bonus gold, capped at three.

TFT uses a hex grid instead of an 8×8 chess board for their battles, leading to a little different strategy in champion placement. Each player’s grid is only 3×7, so the armies are positioned closer and have less room in which to battle. This leads to more blocked routes and wonky paths as the beta bugs are ironed out.

Look, there are a ton of problems with the game, as I’ve outlined. But it’s still my favorite autobattler right now. Auto Chess has the most well-fleshed out game for my money, but to play it requires you to suffer either through the clunkiness of the Dota Mod or to play on your phone until Drodo releases their PC version. Dota Underlords has the potential to get there, but for all the quality of life improvements, it feels like a months-old version of Auto Chess because of their limited units. They have been quick to push out balance updates, but the early going has felt stale with only a few viable compositions.

That may be unfair because so much of our Auto Chess knowledge translated to Dota Underlords, but Teamfight Tactics feels like there are more viable strategies right now. That is probably more in part to the infancy of the game than superior balancing, but it feels possible to win with a much wider variety of compositions than Dota Underlords. The lack of information in the TFT UI is frustrating as a new player, but less important as you sink more hours in and get more experienced.

But more than anything, my fondness of Teamfight Tactics likely stems from my familiarity with League of Legends throughout the years. Dota players will probably prefer Dota Underlords and League of Legends players will probably favor Teamfight Tactics. But with so many autobattlers debuting and more to come, fans of the genre will be in a great position to demand improvements to each game to get the best version out there as quickly as possible. If TFT is slow to add clarity and Dota Underlords adds more pieces or Drodo releases their PC version, I’ll have no second thoughts about switching over again. Let the best game win.

Autobattler League of Legends
Share
Mike Plant
Michael Plant has been playing League of Legends since 2010 and analyzing it nearly as long. More recently, he's been interested in the developing PUBG and Fortnite scenes. When he's not playing or watching video games, he's more than likely following one of his Houston sports teams.