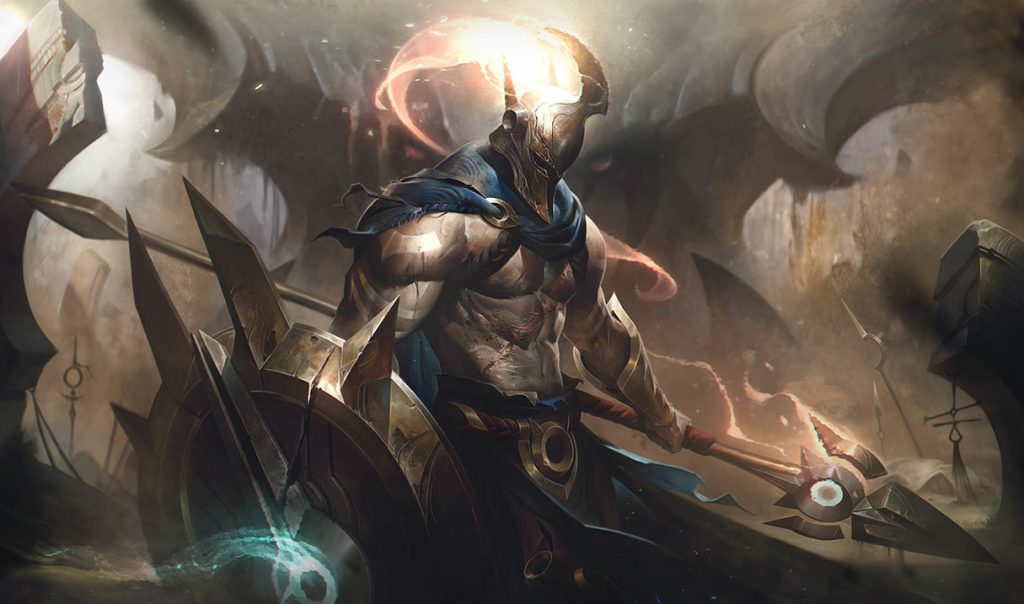 Teamfight Tactics patch 9.17 has officially arrived and Riot Games has made some significant changes. While a more modest patch in size than previous patches, Riot has made it clear that consistency was at the forefront for most of the changes. Champions like Assassins and Shapeshifter who had previously relied on key timing will now offer more relatability. Whereas for those who have missed playing the all-powerful 6 Yordles, they could make a return, but just not as game-ending.

With the introduction of Pantheon, there is a sense that Riot is keen to keep the game involving. While we have been used to lots of new champions at once, having one new champion does allow more creativity playing around the different classes and origins. With Pantheon’s kit offering armor, magic resistance and a ton of damage, there is no doubt he is going to be a contested pick.

There will only be a few weeks to enjoy 9.17 before the imminent patch 9.18 bringing lots of excitement with eight newly announced items. While it’s unclear at the moment how these items will affect the meta as a whole, it’s clear we can expect new items becoming a core part of the game.

First up, newly reworked Pantheon has crashed onto the TFT board and joins as a Guardian/Dragon unit to the roster. Named as a level five champion, he will cost five gold to be added to your team. His ability, named Grand Starfall, sees Pantheon leap in the air, crashing down towards the farthest enemy and then stunning them. Enemies in Pantheon’s path will then take 15%/30%/45% of their Maximum Health as Magic Damage. Additionally, they will then burn for an additional 20% of their Maximum Health as True Damage over ten seconds.

For those who like to play Assassins, you will be happy to hear they have received a mini-rework. The patch notes outlined that the champions have been “reworked to add a bit more consistency.” The likes of Zed, Katarina and Pyke will now have an increased delay before jumping, therefore, allowing them access to the backline more often and giving you the opportunity for a spicy critical strike chance.

Elsewhere, Shapeshifter has received some adjustments to make it easier for them to transform. Nidalee, Gnar and Shyvana have all seen a reduction in transformation costs and Jayce will now transform at max mana, even if there is no one in range to knock away. 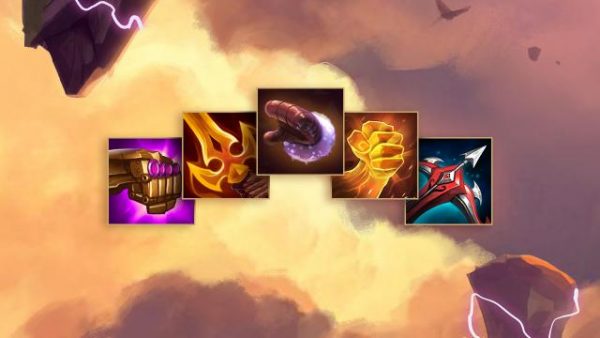 Five of the new TFT items in upcoming patch 9.72. Image via Riot Games.

Yesterday, in a blog post, Riot Games detailed the introduction of Sparring Gloves for patch 9.18 – set for release on September 11. Described as providing you and your team with all of your critical strikes and dodging needs, the Sparring Gloves can be combined with all existing item to make eight new items and a reworked Infinity Edge.

Here are all the key item details:

With Infinity Edge now requiring Sparring Gloves to be completed, the Sword of the Divine has been replaced with Lord’s Edge and Last Whisper. Using the Last Whisper allows champions attacks not to miss and deals some tasty True Damage. Whereas, champions wielding the Lord’s Edge are unable to hold any other items. Additionally, on a takedown, you will gain a BF Sword for the remainder of the round. By the end of the round, it is indeed possible for a champion to hold three Lord’s Edges.

Finally, Riot confirmed the addition of a consumable item named Neeko’s Help which can be placed onto a champion. Once consumed, a 1-star copy of the champion is instantly made and added to your bench – but only if empty. The item then allows you two unique choices. First, you can use Nekko to complete a 3-star champion, or secondly, you can quickly clone a legendary champion.

Autobattler
Share
Laura Byrne
Laura’s love for esports started when she attended her first event back in 2015. After a few years of working in corporate events, she decided to turn her passion into a career. She now works as an esports journalist covering anything esports-related, from League of Legends to the industry at large.
Follow me