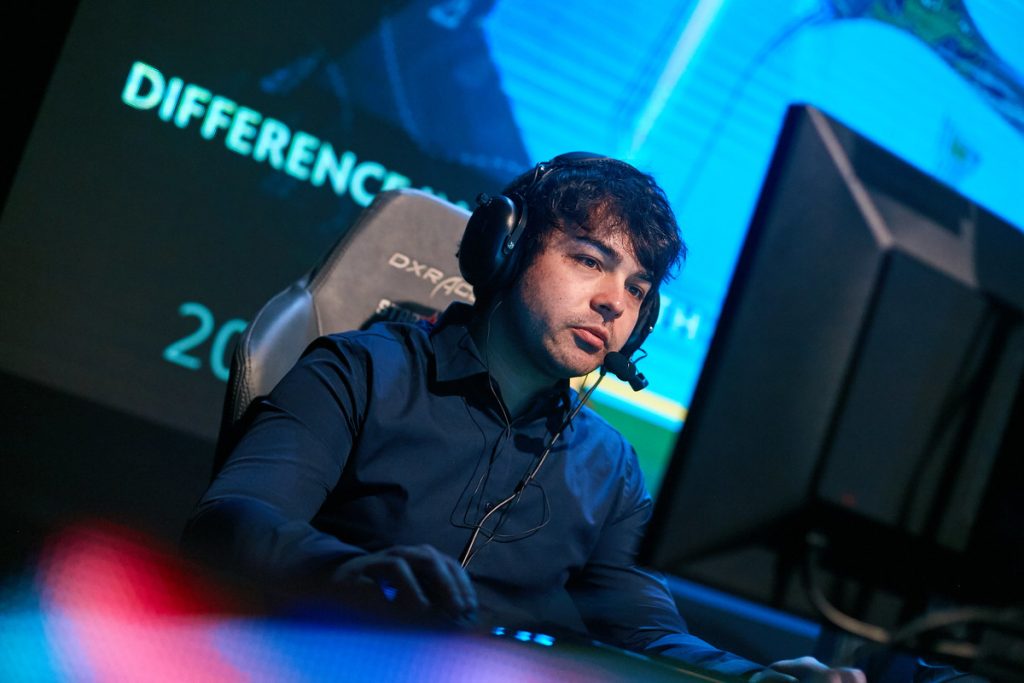 The gods do bleed, it would seem — as the best squad in the region has finally been dethroned. On Sunday evening, the Jacky “EternaLEnVy” Mao stack Team Zero successfully defeated the Quincy Crew in a scrappy, grueling, and downright mind-boggling five game Grand Final series to claim the DOTA Summit 13 Americas title.

WHAT A WILD RIDE! And with THAT, our third and final division comes to a close! 🤯

This comes as a pretty massive shock to fans of North and South American Dota, given that Quincy Crew had seven straight online event wins to their name prior to starting their campaign in this tournament. Not only that, but they also lost in the Grand Final match here after going nearly 18-0 in the group stage.

Quincy Crew’s group stage run started off entirely as everyone expected, with Quinn “Quinn” Callahan and the rest of his cohorts going undefeated for 11 days straight until their best of two series versus Team Zero on November 1st. This actually turned out to be a foreshadowing of things to come, as Team Zero were the only ones that actually managed to hand them a loss in the preliminaries. Granted, Quincy Crew tied the series up pretty quickly in the second game — but it was nonetheless a sign of things to come that most perhaps didn’t even think was possible.

Team Zero’s group stage campaign on the other hand was quite decent, if far off in terms of map score compared to Quincy Crew’s nearly perfect record. They finished third overall right behind 4 Zoomers, whom they easily disposed of in the first round of the upper bracket. The first of the two games played between Team Zero and 4 Zoomers was a stomp in favor of the former, with Eric “Ryoya” Dong styling all over the latter on his 14-0 Leshrac. This accounted for 60.8 percent of his team’s total kills; a truly marvelous performance as Team Zero’s mid laner. The Zoomers on the other hand managed just six kills of their own.

Team Zero once again turned to Ryoya’s Leshrac in the second game, which worked to perfection as the man himself posted a 19-3 record topped off by a massive 53,700 points of damage dealt to Quincy Crew’s heroes. This time however, EnVy did some heavy lifting of his own, cruising to a 13-0 statline as Lifestealer fueled by a lightning quick 10-minute Armlet of Mordiggian timing.

This result made it pretty clear that Team Zero had indeed found solid footing to base their playoff strategies on — and that if there was a team that could possibly beat Quincy Crew, it was them. Indeed, it was the reigning monarchs of the American region that they clashed with in the upper bracket final, with the series going the distance at three games.

The first map went Team Zero’s way thanks to — you guessed it — Ryoya’s Leshrac. The American veteran of six years snowballed out of the laning phase at an immense rate despite two early deaths, imposing his will on the map thereafter to put his team in position to win. True enough, Team Zero held onto the net worth advantage for the rest of the game after the 20 minute mark, as EnVy also followed up on Ryoya’s contributions as Faceless Void. It did take them a while to close out the game, though, consuming 50 minutes in order to put the contest on ice after losing their top barracks.

While the Game 1 victory made it look like someone other than Quincy Crew would be the first to advance to the Grand Finals, Quinn and the gang would have none of it. Donning their Superman capes in the second game, Quincy Crew tied the series up in less than 30 minutes — with both Quinn and Yawar “YawaR” Hassan coming up big for them. Quinn’s 7-2 performance as Queen of Pain was the highlight of the contest, and this was in spite of him losing the lane matchup to Ryoya’s Void Spirit. Once the laning phase was over, though, his 16-minute Orchid Malevolence pickup allowed him to crush the rest of Team Zero into pieces.

YawaR on the other hand managed to get his Echo Sabre in 13 minutes, which he leveraged in order to hit 670 gold per minute as Sven by the end of the game. Thanks to a fortuitous Imp Claw pickup, he was also able to skip the Crystalys in favor of an early Black King Bar and Aghanim’s Scepter, though the latter wasn’t really used much given that the game ended two minutes after he purchased it.

Quincy Crew did even better in the third and final game of the series, scoring 26 kills while holding Team Zero to a measly four in around the same time as the second game. Their victory was never really in doubt despite the fact that Team Zero held a small advantage for the first 15 minutes or so, as the experience gain was definitely on Quincy Crew’s side for the whole duration. Thus, Quincy Crew moved on to the Grand Finals, as it had always been foretold.

Even with the setback however, it was clear that Team Zero’s mission was not quite done. They bounced back in the lower bracket finals against mixed South American squad Infamous in three games, where it looked like it was kind of touch and go for EnVy and friends after the first game. This is because Infamous were the first to strike — but it was Team Zero who would prevail at the end of the day with an inspiring rally to reverse the series.

Final game of the night for #MonsterEnergyDS13 Online: America's coming up shortly 🔜

This set them up for a grudge match against Quincy Crew in the Grand Finals — and boy was it a real slugfest. Team Zero very easily clinched the first game in just 28 minutes, despite their rather greedy lineup against the fight-early-and-often draft of Quincy Crew. The trifecta of Ryoya, EnVy, and offlaner Jingjun “Sneyking” Wu had a surprisingly good time of it as Riki, Phantom Lancer, and Lina respectively, with Sneyking in particular lining up stun after stun with the help of Braxton “Brax” Paulson’s Mars.

The game was complete thrashing as a result, with Team Zero scoring 24 kills and Quincy Crew managing only six themselves. The net worth lead was completely locked down by the 15 minute mark, and the immense momentum Team Zero possessed was too much for the Quincies to handle. Not the start that many expected, but right off the bat it was obvious that the challengers were indeed very capable of pulling off the upset.

The next game made Quincy Crew’s fans even more nervous, as it made it look like they were crumbling under the weight of their seven crowns. Game 2 went for a full hour, with some serious back and forth action throughout the 60 minutes of play. Team Zero held the advantage in the mid game thanks to some stylish moves by Ryoya on Void Spirit, which helped them secure a few significant teamfight victories early on. But the lead swung back into Quincy Crew’s favor past the 35 minute mark, after some scrappy teamfight wins of their own.

Game 3 (and potentially the last one!) for #MonsterEnergyDS13
Online: Americas coming up shortly ‼️

Both teams kept trading this way all throughout — even when Team Zero already had a net worth advantage of almost 22,000 gold. It was truly a North American special, but Team Zero held on to put the series in a chokehold at 2-0. They kept their eyes on the prize in the closing minutes, choosing to focus on the Ancient rather than go out into the jungle for level 5 neutral items.

With the championship now tantalizingly close, EnVy’s stack did as EnVy always does — make it more interesting that they needed it to be. Quincy Crew rebounded in Game 3 with a base race ending, because of course a series like this needs such a cardiac moment. Much like the second map, this one was nothing but constant teamfighting and kills everywhere, but it was the combo of YawaR and Rodrigo “Lelis” Santos as Faceless Void and Beastmaster respectively that really allowed Quincy Crew to keep their hopes alive.

WHAT IS GOING ON. Quincy Crew BOUNCE back with a successful base race and get their first win in the series 🤯

The sheer DPS from YawaR and the setup from Lelis gave them staying power in the late game, but somehow it wasn’t quite enough as the game devolved into the aforementioned base race anyway. Nevertheless, with the kind of damage output they had, it was much easier for Quincy Crew to win the sprint to the end — and with that they were officially on the board in the Grand Finals.

They followed the crazy Game 3 with a bit of a “gimme” Game 4 which clocked in at almost half as much time as the previous one. Quinn got his hands on his signature Leshrac in this game, which proved very effective alongside YawaR’s Faceless Void when it came to their team’s primary cores. It was also quite impressive that he even managed to eke out a draw in the lane against Ryoya’s Templar Assassin, given that TA normally wins that matchup handily. Though there were a few tense moments for the Quincies thanks to some teamfights that didn’t quite go their way, they kept their heads well above water going into the mid game to close things out fast.

With the series suddenly locked at two apiece, we would not have blamed anyone watching for thinking that the experience and poise of Quincy Crew would prevail in the end, and that their domination of the American scene would continue as normal. But as we all know, EnVy is at his strongest when his back is against the wall — just like the anime protagonists he idolizes. In a stupefying display of willpower, he and the rest of Team Zero kicked Quincy Crew to the curb in the deciding Game 5, with Ryoya and Sneyking in particular carrying the team as Viper and Mirana.

TEAM ZERO HAVE DONE IT! They take out the kings and are your #MonsterEnergyDS13 Online: Americas Champions 🔥🏆🔥

Sneyking’s contributions as the offlane Mirana cannot be understated; with seven kills and 16 assists to his name by the game’s end, it’s clear that he was the one setting things up for Team Zero. Ryoya simply came in to clean up during teamfights, and for once in this era of online-only tournaments the Quincy Crew looked lost and unable to find any answers. Before 33 minutes had passed, it was clear that they had nothing left in the tank — and thus they were forced to surrender the long and hard-fought series. Despite their defeat here, the fact that they still took Team Zero to the absolute limit in the Grand Finals proves that Quincy Crew are still the top team in the region, and it will take a few more convincing wins from other teams to change that.

Still, Team Zero will definitely enjoy this win in the days to come, and who knows — perhaps there is a changing of the guard over the horizon. They’ll just have to keep at it to maintain this momentum and internalize what they learned in order to cement themselves as the true rivals to Quincy Crew’s rule.