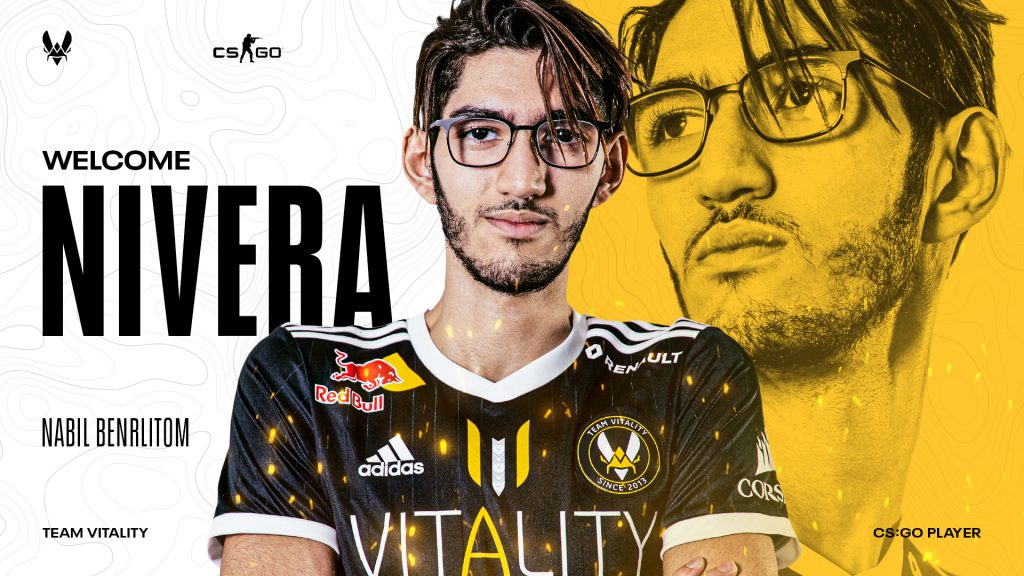 Team Vitality has announced that Nabil “Nivera” Benrlitom is joining their CS:GO squad as the sixth player. The player is expected to make his debut in the BLAST Premier Fall Series at the end of October.

Like other teams, Team Vitality is onboarding a sixth player to the team to adapt in the new age of competitive CS:GO. The 19-year-old is a rising star in the French-speaking CS:GO scene after serving on Heretics since March. Over the last six months of play, Nivera has earned a 1.11 HLTV rating, showing he has great talent at a young age.

The Belgian player joins the roster as a full member of the Team Vitality roster. He will train and work with the squad like every other member of the roster would. The team’s goal with their roster is to rotate players around strategically based on events and more.

Team Vitality is currently one of the better teams in the world. The development of the sixth player is a sign they are looking to truly develop Nivera’s talent, so he too can fit into the dominant line-up the roster already wields.

It is no secret that Team Vitality is signing a sixth player. There were rumors circulating that Nivera was one of four players Vitality was on the look for as they aimed to build a six-man roster for their team’s future.

President and Co-Founder of Team Vitality, Fabien “Neo” Devide said: “We are so excited to be able to take the next steps in the evolution of Team Vitality’s CS:GO roster with the signing of Nivera. We truly believe in the importance of nurturing young talent and Nivera was such a natural fit when we were exploring expansion. Having a six-man roster will play an integral part as we commit to providing the best strategic environment for our players to perform at their best.”

Team Vitality is currently playing in the DreamHack Open Fall 2020 event. The team is performing well after beating mousesports in their opening match. The team intends to use the original five for the remainder of the event, before Nivera debuts in the BLAST Premier Fall Event later this month.