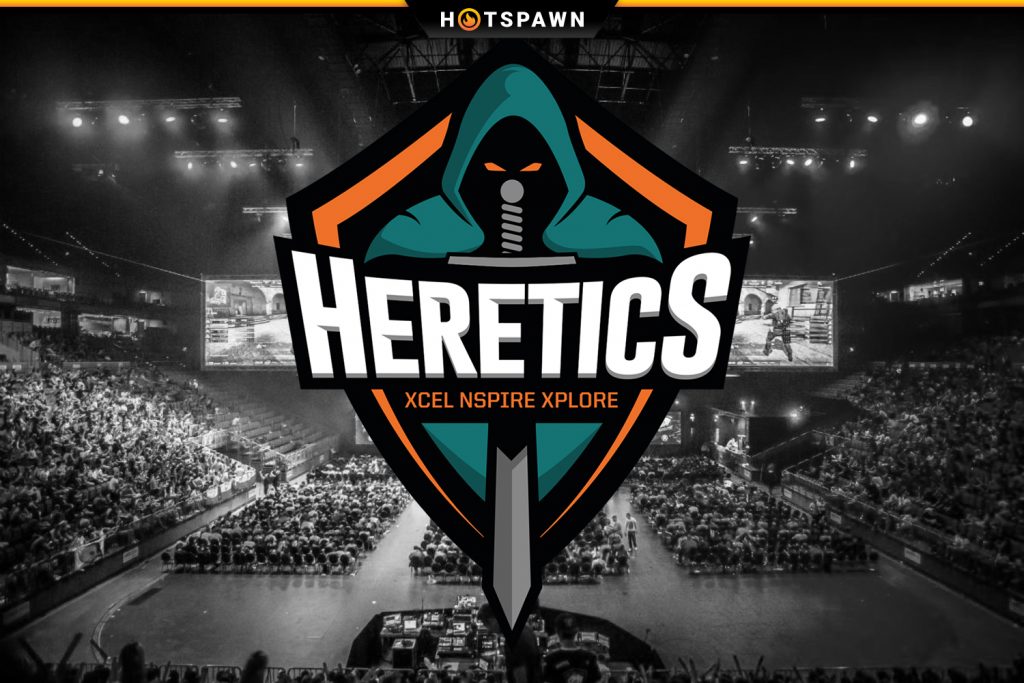 For years, Heretics have been the odd-team out in the French scene.

From Titan and Team EnVyUs to G2 Esports and Team Vitality, there have consistently been two solid teams hailing from the French Counter-Strike scene. There has often been a third team that sat outside of the highest level containing future stars, exiled veterans or those unable to make the leap to the top. While Team LDLC used to hold this mantle in the years after its Major glory, its current form left space open for a rising French lineup to take its place.

Team Heretics transitioned to a French roster in mid-2019 by signing the ex-3DMAX, later FrenchFrogs core, and has seen a stable climb into relevance which has culminated in a solid showing during the Road to Rio Europe and brought the team into the spotlight after months of being in the background.

The origins of this Heretics roster can be traced back to 3DMAX, an organization that had been represented by numerous nationalities in the server over the years including German, French and Danish lineups since 2012.

3DMAX looked promising at the Europe Minor for the FACEIT London Major 2018, beating fellow French team LeftOut but falling to ENCE in the decider match. The duo of Audric “JaCkz” Jug and Lucas “Lucky” Chastang were later recruited to G2 Esports that year thanks to Damien “maLeK” Marcel coaching during this Minor run.

Towards the start of 2019, the roster was dropped due to “contractual and financial issues” after struggling to make their way through any notable qualifiers. A chance to make a surprise appearance at IEM Sydney that year was crushed by their former teammates on G2 in the semifinal.

Playing under the name FrenchFrogs for a handful of events including DreamHack Open Tours on home soil, Heretics stepped in to sign the four-man core alongside French prospect Jérémy “jeyN” Nguyen. Personality issues saw jeyN removed and replaced, leaving many wondering what the future would hold for Heretics.

A series of roster changes morphed the team into its current form, bringing in former nV talent, a familiar face and a Belgian player with unmatched pedigree to join the only remaining original French Heretics signing.

Bryan “Maka” Canda had previously been IGLing for some time, but unleashed without the responsibility saw him become one of the brightest stars in the ESL Road to Rio tourney, finishing as the fifth best performer with a 1.20 rating. This saw Maka finish above notable names like Nikola “NiKo” Kovač, Robin “flusha” Rönnquist and even Kenny “kennyS” Schrub.

France has long called for AWPers. Beyond kennyS and prodigy Mathieu “ZywOo” Herbaut, there has been a lack of top sniping talent. Christophe “SIXER” Xia, while now performing on LDLC, struggled on Team EnVyUs to have an impact with the gun despite the team being the second best French lineup at the time. 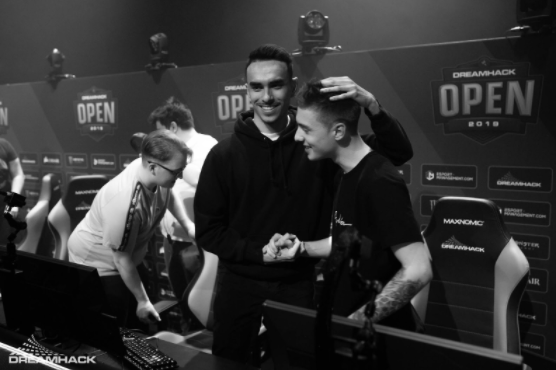 Throughout his time on 3DMAX, FrenchFrogs and the earlier days of Heretics, Maka hadn’t stood out to the extent he did against top teams in recent weeks. Many questioned whether this form would be something he could maintain in the long run as people begin to study and adapt, but the short term has shown Maka continue to show up.

While BLAST Rising’s 5th-8th finish was disappointing, Heretics going on to win both ESL National Championship France Summer and the ESL European Championship with solid performances all round is a promising sign that the Road to Rio wasn’t a fluke.

Maka isn’t the only star on the Heretics lineup, with Belgian fragger Nabil “Nivera” Benrlitom also seeking to live up to the reputation laid out by his older brother Adil “ScreaM” Benrlitom. At just 19-years-old, Nivera has been impressing many in the three months he has been with the team.

I'm excited to announce you that I'm joining @TeamHeretics, I'll do my best !#VamosHeretics 💚

Lucas “Lucky” Chastang was not part of the original Heretics lineup but was present on the 3DMAX lineup that made the Minor in London. Praised on 3DMAX as a talent, his time in the highest level of play was not all it was expected to be. Lucky often looked lost against the higher tier of opposition while on G2 and his former star power looked to have faded. 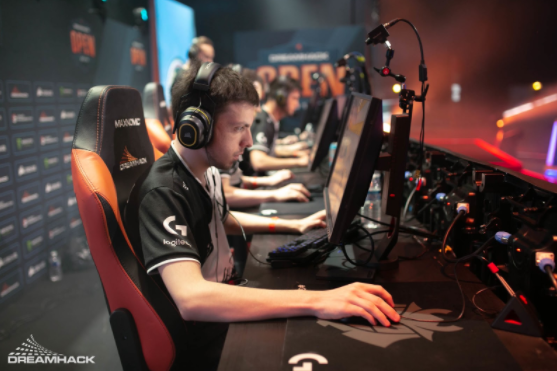 In a reunion with Maka on a solid French lineup without the same pressure as on G2, Lucky looks good again. His experience is being applied and it has been his leadership that helped guide Heretics through the Major cycle so far.

To clarify, @LuckyCSGO_ has been igling for us for about a month and a half

G2 being willing to give young French talent a chance is a true sign of life in the French scene, showing players that there is a path to the top after years of shuffles and recycling left the very best teams looking like a pipe dream. At 21-years-old, Lucky is still young and has been given a second chance to develop his skills and have another shot at the top in the future.

When looking at the Heretics roster, one might wonder what a two-time Major winner is doing there. It is Fabien “kioShiMa” Fiey’s turbulent history within the French scene that saw him passed over by Team Vitality and only able to stand in for G2 last year.

Considering the fate of teammate and fellow Major winner Vincent “Happy” Schopenhauer, kio would be wise to be more like his teammate and consider himself… Lucky. Heretics has been a suitable fit with kio not needing to be a main superstar for the roster.

The wider knowledge that kio can impart onto a roster with less experience alongside the leadership of Lucky seems to be working for Heretics and while the team doesn’t look like worldbeaters on paper, continued form could see them remain a strong upset team for the foreseeable future.

Alexandre “xms” Forté had not played alongside kio on EnVyUs, getting benched to make way for the latter, but were together on LeftOut, the other French delegation at that fateful FACEIT Minor. Some anticipated great things but xms saw a temporary retirement at 21 to explore options in the world of Fortnite not come to fruition. Instead, he returned to CS:GO as part of LDLC before joining Heretics at the start of 2020.

Heretics had previously qualified for the Europe Minor through the Closed Qualifier over the likes of BIG, OG and Heroic, beating the latter for their spot. They were only narrowly invited to the Closed Qualifier itself thanks to the new ESL World Rankings being used instead of HLTV’s.

If it was HLTV Ranking, it would be the same first 6 + ex-VP & Sprout instead of Movistar and Heretics.

With the global coronavirus pandemic shifting the dates and plans for the Major, Heretics were instead thrown into the Road to Rio process. Rather than face a handful of European teams, the entire region including previous Legends would all be fighting for points to reclaim one of the spots available.

An initial winning streak of performance that resembled that of Team LDLC at IEM Chicago 2018 saw Heretics best Dignitas, ENCE and Complexity. Despite losing to Astralis and NiP as well as falling to Fnatic in three maps, the team claimed sixth out of 16 teams far above many lineups that should have bested them on paper such as mousesports.

With 1100 RMR Points, Heretics currently sit in contention for one of eleven spots for teams to proceed. The top three teams will be Legends, the next six Challengers and a final two going through as Contenders. Possible lineup changes aside, it would take a disaster at the following Road to Rio tournaments for Heretics to not have enough points to continue on.

French CS looked like it was on its last legs, with ZywOo as one of its last hopes, but Heretics’ recent form shows that there is further life yet for the storied scene.

Sitting just outside of the top 20, Heretics couldn’t have found stronger online form at a better time. While coach Morgan “B1GGY” Madour is banned from Valve events due to being involved in the 2015 French match fixing scandal, Lucky alongside the experience of kioShiMa has helped guide the team thus far in 2020 to new heights.

Team Heretics will be competing in the cs_summit 6 Online: Europe, looking to prove once again that G2 and Vitality aren’t the only French prospects while securing a spot in Rio. If all of the pieces work together and can exploit some of the opposition that is struggling in this involuntarily online-only era, Heretics could surprise many by making it to ESL One Rio with a high standing and incredible potential.