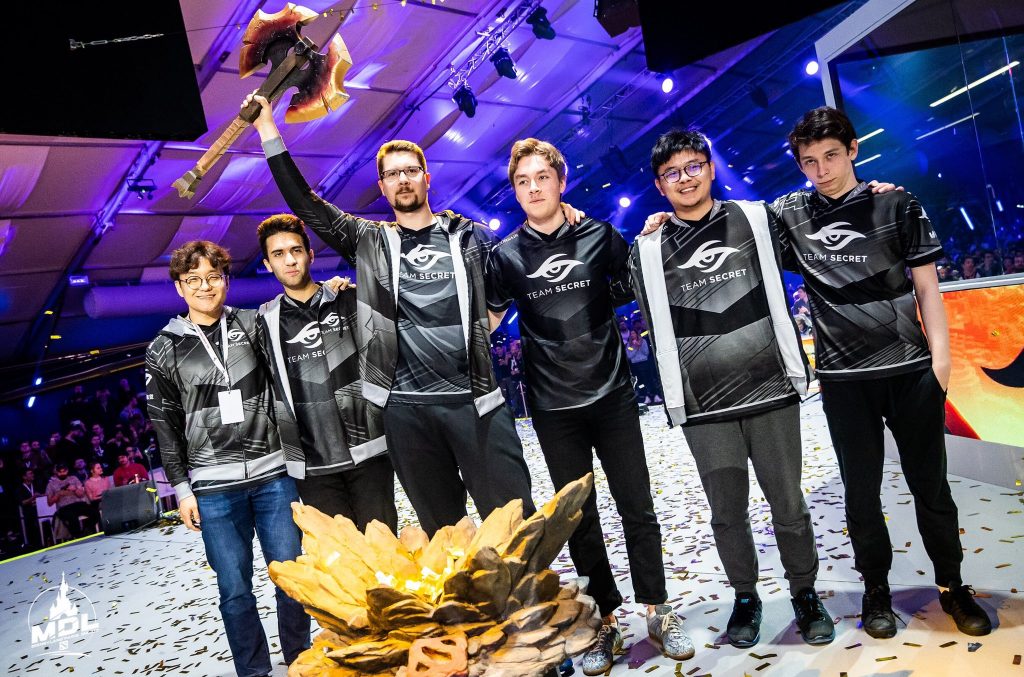 Captain Clement “Puppey” Ivanov of Team Secret drew the axe from the stone at the MDL Disneyland® Paris Major. His team beat out Team Liquid in the Grand Finals in a convincing 3-1 result.

Thank you all for following us and for giving us your support. This one is for you #SecretFam 🖤🏆#SecretFighting pic.twitter.com/6ukYw3Ibjk

But first, earlier in the day, Team Liquid had to barrel through Evil Geniuses in the lower bracket of the event. The games in the series were quick. Team Liquid was clearly determined to finish up swiftly. Given that they played the last series the prior night, which had stretched past 1:00 am local time, it’s impressive that they were so focused. Meanwhile, Evil Geniuses seem destined to take third place; this was their third third-place finish at a Major this season.

Team Liquid met Secret in the Grand Finals. Liquid was still on a roll from their success earlier in the day. They took game one. However, Team Secret pushed back, sweeping over Liquid the next three games. Each game was progressively shorter: 46 minutes, then nearly 37, and then barely 29 by the end of the day. In each game, Secret took the lead in net worth and never let it go. It was an impressive showing.

Team Secret are looking very formidable. In six series at the tournament, Team Secret dropped only three games, winning thirteen and winning all six of their series. Additionally, Puppey was awarded the MVP-of-the-tournament trophy, a custom-made axe statue. Even Mickey Mouse was impressed, making an end-of-tournament appearance to congratulate the Dota 2 squad.

All three teams that competed today have collected enough Dota 2 Pro Circuit points to qualify for The International 2019. Evil Geniuses are in third in the rankings, with 6750 points; they leave Paris with $100,000 USD and 2100 points. Team Liquid placed second in Paris and earned $170,000 as well as 3,000 DPC points. They’re sitting in seventh place in the DPC rankings with a total of 3525 points; this emphasizes that any team with a strong performance at the final DPC Major could qualify directly to TI9.

Teams immediately look toward the qualifiers for the EPICENTER Major. All teams that attended the Paris Major have direct invitations to their respective Closed Regional Qualifiers for EPICENTER, with additional spots available via Open Qualifiers. Closed competition runs May 15-19.