Team Secret Stole the Show at the Allied Vegas Minor 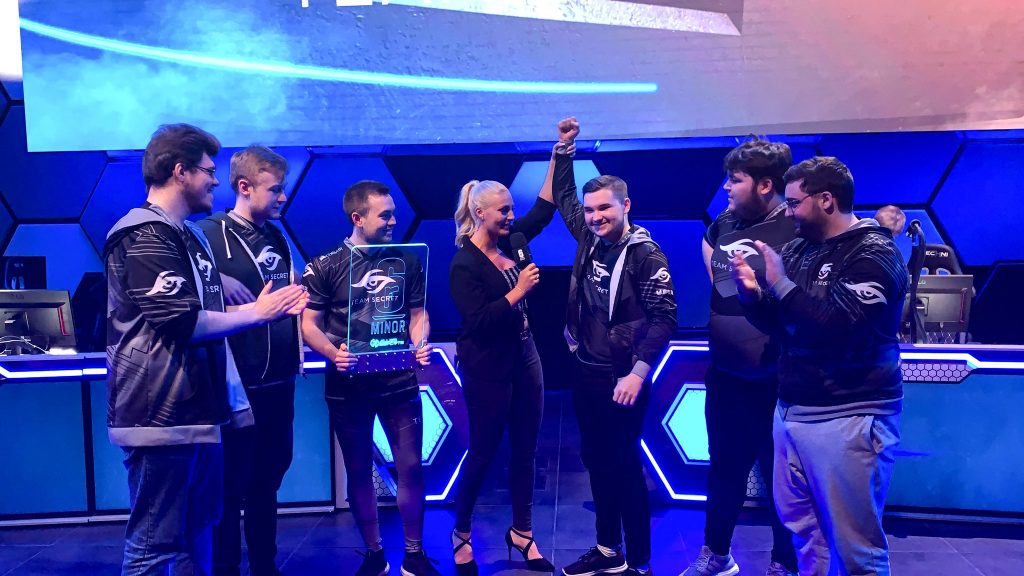 After a weekend full of Rainbow Six Siege action, Team Secret have emerged victorious at the Allied Vegas Minor, earning themselves a slot in the Six Raleigh Major. This is a remarkable story for Team Secret, after their most recent venture ended in sadness for them in May. On the other hand, there were lots of other positive takeaways from numerous teams. With that said, let’s look at Team Secret’s journey to the top.

As alluded to, Team Secret has not had a great 2019. Coming into the year, they were a top team for sure; at least that’s what we presumed. In the opening week, they went 1-1, losing to Chaos but beating G2. However, from there we saw them only take additional victories against G2, Na’Vi and Chaos E.C across 14 weeks. This bad spell caught up with them at home. In March, they lost their UK crown in the ESL Premiership to the now Natus Vincere roster. In May, Team Vitality knocked Team Secret down to Challenger League in a relegation match.

On the bright side, Team Secret looks to have entered a renaissance. Heading into the Allied Vegas Minor, Team Secret was not a team to watch for. But once again, expectations and reality are two very different phenomena in Rainbow Six.

During the Swiss System stage, Team Secret came flying out of the gates. In the first round, Secret annihilated NA’s Soniq Esports 7-1. In the second round, EU’s Penta Sports also felt their wrath in a 3-7 defeat. In round three, LATAM’s NiP gave them their best game so far but lost in overtime 8-6. Team Secret defied all expectations and faced respectable opponents doing so.

On day two, Team Secret played one Bo3 series vs LATAM’s Team oNe Esports. Like with the other matches, Team Secret found their path to victory. Villa was a well-fought opening map to the day, with Villa going 7-5 to Secret, whilst Coastline ended in a 7-3 scoreline, punching Secret to the semis.

On the final day, Team Secret went onto eliminate yet another Latin American, Team Liquid. Not even the third best team in the region and former season champions could take them down. Team Secret dominated Consulate 7-2 and had a strong score on Clubhouse 7-4. This victory took Secret to the finals where they met LeStream after a strong bout with Choas E.C.

As for the final series, Team Secret’s and LeStream’s final was competitive. Team Secret’s marquee map for the tournament was Club House, as they once again took a win on that map 7-5. LeStream clinched a win on Border 8-7 as overtime decided that map, gifting Secret their first map loss of the tournament. As for the decider on Consulate, Team Secret mirrored LeStream’s victory with an 8-7 win and crowned themselves champions in overtime.

With such an iconic win, Team Secret is in a renaissance period. This reformed line-up, newfound motivation, and a path to redemption make them a dark horse for the Six Raleigh Major. Team Secret now get to hide their true potential in Challenger League until August 12. These next two months can’t come soon enough. The world needs to witness Team Secret’s clandestine power level all over again, only this time on one of Siege’s grandest stages.

Let’s. Fucking. Go. We did it. The revenge tour is over… for now.

Despite LeStream missing out on the trophy lift, this EU squad has done wonders for themselves. With Lukas “korey” Zwingmann fresh on the roster and making the finals is a great start.  With the EU Pro league coming next week, this training time should give LeStream strong prospects for the Raleigh Six Major.

Chaos Esports Club was a team to watch out for in the Hotspawn preview, and they fulfilled their expectations. Chaos is a team with a stigma attached to the core. They are a team that just survived relegation, but people believe should be in the relegation zone. In Season 9, they defied their odds and showed much promise on their revamped roster entering 2019. They finished fifth in EU after closely competing for third place for much of the season. Coming into their first international LAN as a line-up, they showed they are not a fluke with a fourth place finish. This tournament experience should improve them greatly for Season X and beyond.

The consistent message here is that G2 Esports are no longer the team carrying Europe. Team Secret, LeStream and Chaos performing this well at the Allied Vegas Minor is a sign that EU as a whole is strong. G2 Esports and Team Empire are not the only ones representing Europe at the top.