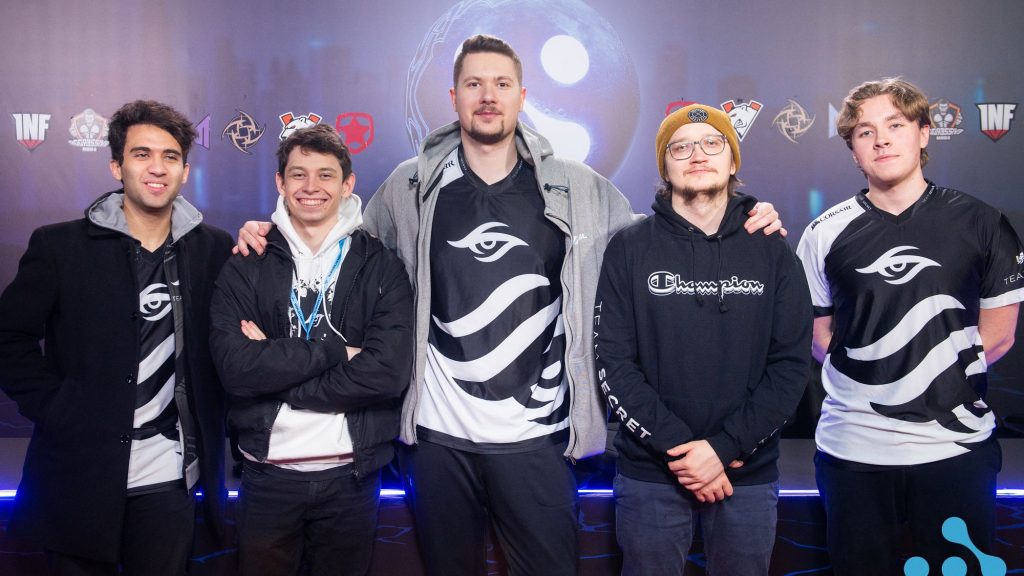 However, there were finally signs that the monstrous Team Secret were relenting. Earlier on in the tournament two teams, Alliance and VP.Prodigy, showed they could go toe to toe with the dominant stack, with the latter taking a game off the eventual champions in their first meeting in the event.

The Same Thing All Over Again

Secret kicked off the grand finals with a terrifying combo of Skywrath Mage and Faceless Void. This opening salvo meant that VP.P found themselves bullied in the early game, with Danil “gpk” Skutin making some errors, such as greeding out for kills and paying for it with his life. This allowed Michał “Nisha” Jankowski to get ahead, something no one facing Team Secret ever wants. However, VP.P were able to edge out a kill lead, and most of the gold was sitting on the Egor “epileptick1d” Grigorenko’s Troll Warlord – the one place Team Secret wouldn’t want the advantage to go. However, just as it looked like there was some hope, Secret started to even things up.

In a rather bizarre situation, each of the team’s biggest carries kept dying while trying to farm jungle creeps. After this happened back and forth around three times, a team fight finally went Secret’s way at 22 minutes as they turned on VP.P and chased them down. Secret punished the over aggression from VP.P and took home game one

In game two Team Secret came out swinging, seemingly upset with their previous slow performance. They bullied lanes, took away VP.P’s Pugna (one of the few things Secret had had trouble with all tournament), and generally stopped their opponents from doing anything they wanted. Despite VP.P having taken away the Void Spirit, there was really nothing that they could do against the raw utility of Team Secret’s game two composition, and after a calculating and deadly draft, VP.P would be pushed to match point.

The final game went immediately wrong for VP.P, as Nisha got first blood, and all three core matchups lost in the opening few minutes of the game. All of VP.P’s lanes were forced out in minutes, and apart from a few clutch catch-out kills for Prodigy, Team Secret was in control of the whole game. The winners wrapped up their victory in dominant fashion after a shaky start.

But where were the likes of OG and Team Nigma while these giants battled it out? The pair of fan favorites found themselves eliminated from the event in early fashion, both falling to upstart CIS teams Natus Vincere and VP.Prodigy. The TI finalists were free to spend their weekend relaxing with little to do but watch.

But the biggest takeaways from this event has still been that the gap between Team Secret and the rest of professional Dota 2 teams is finally starting to shrink. But not for the teams you might expect. Instead of Nigma, OG, or even Team Liquid, it’s VP.Prodigy and Alliance that are challenging Secret’s dominance.

Alliance showed that they were able to function on somewhat the same level as Team Secret. Individual talent has never been lacking on Alliance, but coherency and consistency has been. In this tournament, Alliance looked like a team that can stand up to Team Secret, but haven’t quite figured out how to win.

We tap out in game 3 and end 2nd place at the #OGADOTAPIT S3 GG's to @teamsecret & grats!

The other team to close the gap are VP.Prodigy. As the only stack who were able to take a game off Secret, with their deadly Pugna pick, the team clearly has enough wrinkles in their play to throw their opponent’s off guard. What’s more, as many have noted, this is a team that plays with a remarkable amount of poise and calculated execution, despite playing with stand-ins. Gpk continues to be one of the most talented mid laners in the CIS even if his talents seem wasted on the likes of Gambit at the moment. Meanwhile, replacement support Ilya “Lil” Ilyuk should be top of the list of free-agent acquisitions for Virtus.pro.

Team Secret’s next chance to sweep a tournament starts on October 5th, when they’ll be taking to the field against 16 teams at ESL One Germany 2020. The event is set to feature a unique swiss-system format for it’s group stage, meaning that teams will continue to play until they’ve accrued three wins or three losses. Perhaps this modified group system will finally mark the downfall of Team Secret?