Team Secret Had a Monumental 2020, Despite the Circumstances 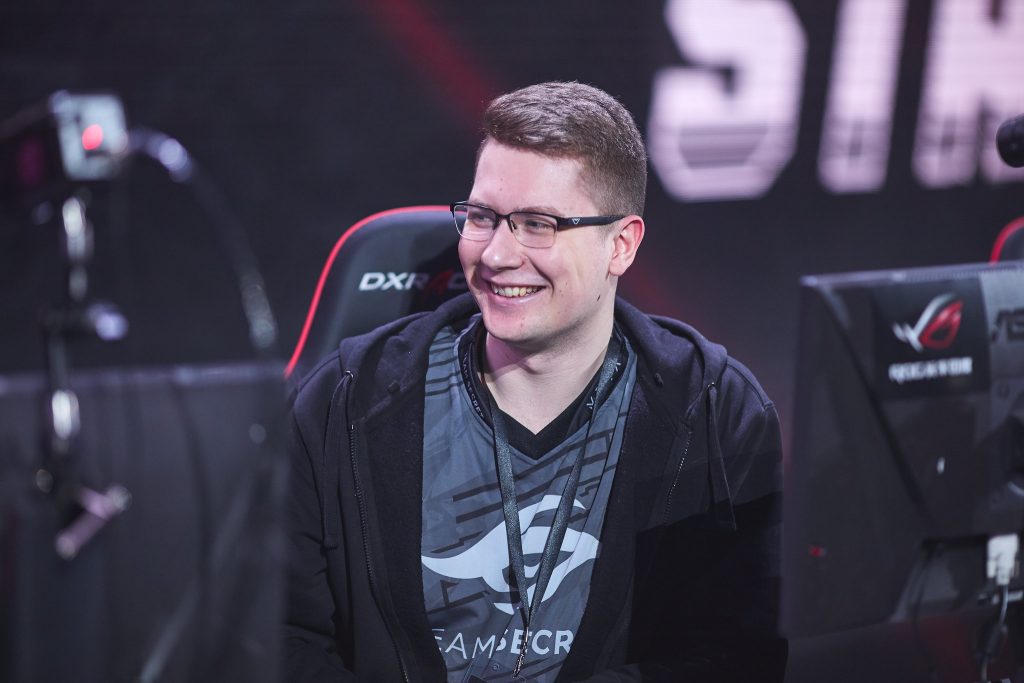 Puppey has led yet another strong squad through the Dota 2 season under unusual conditions. (Photo courtesy Starladder)

It’s kind of amazing to think about the fact that Team Secret has only been around for about six years now. After leaving behind a very successful stay with Ukranian organization Natus Vincere — which included a championship-winning campaign at the very first International in 2011 — grizzled Dota veteran Clement “Puppey” Ivanov formed his own squad in 2014, with which to take on the cutthroat competition he had come to know and love over the years.

Fast forward to 2020, and the Team Secret name is still firmly ingrained in the top tiers of professional Dota, with Puppey still at the helm.  This “lost” 2019-2020 Dota Pro Circuit has been no different in terms of the results that they’re used to, but also unlike anything that Secret have faced before. The onset of the coronavirus pandemic early this year threw the Dota scene into disarray, forcing Valve to postpone The International indefinitely and for tournament organizers to cancel in-person tournaments. Since then, competitions have taken place entirely online, and TI10 is still nowhere in sight.

Nevertheless, Puppey and his crew have risen above the adversity and unusual occurrences plaguing the world right now. Even as the scene is still constantly moving and altering things to conform to the ever-changing situation, Secret have faced the challenge head on — and for their efforts have become the most successful team in Dota history when it comes to sheer statistics.

The Esports Team of the Year results:

As of December 12th, 2020, they have a staggering 77.73% win rate together, which accounts for 192 wins across 247 individual games. At one point, particularly, before finally being eliminated from a tournament in October, this number was at 82%. Add to all this the fact that they play in the strongest region in Dota right now, and the feat becomes all the more impressive.

Right Place at the Wrong Time

Once governments around the globe began imposing lockdowns and stringent travel restrictions at the beginning of the pandemic, some squads like Evil Geniuses and OG were affected quite heavily — mostly because some of their players were in countries outside of where their respective facilities were located. EG’s Azel “Abed” Yusop, for example, is still in Southeast Asia as of the time of writing, making it so that he would have to play through an absurd amount of latency if he were to participate in the same tournaments as the rest of his team.

Fortunately for Secret, they did not have to deal with this at all. Every member of their roster was within reach when the pandemic hit, which meant that they could join events without having to rely on last minute stand-in calls or with one player having to contend with debilitating latency. This was of course key to restarting their campaign through the rapidly-shifting season, as cross-region LANs were no longer an option.

Instead, Secret hunkered down in their home region of Europe and focused their efforts on winning as many online events as they could while waiting for news on how the Pro Circuit season would resume. This allowed them to keep their chemistry completely intact — which as we know is always instrumental when it comes to a team’s success. Indeed, it turned out to be a significant factor in their supremacy this season.

But of course, luck in terms of geographical location is the smallest reason for their accomplishments this year. That would take away from their skill and talent, after all, and the way that captain Puppey has overseen the integration of all involved into the Team Secret system. As mentioned before, Puppey has always been great at bringing the best out of his chosen comrades — but this squad is truly something special even after considering the iterations that came before it.

Special mention goes to Lasse “MATUMBAMAN” Urpalainen, former International champion and the newest addition to the squad. MATUMBAMAN was relieved of his duty with Team Liquid (now Team Nigma) right before TI9 last year, replaced by Aliwi “w33” Omar. An unsuccessful run at TI9 with the now-inactive Chaos Esports Club meant that he would be sidelined during the offseason, but he didn’t have to wait too long for Secret to sign him.

With Yeik “MidOne” Nai Zheng jumping ship to OG, it was an easy call for Puppey to take MATUMBAMAN under his wing — and by all accounts the TI7 champion has returned to his former glory and then some. He has been a serious driving force behind Secret’s success this year, contributing heaps to his team and doing his job very well as a carry player. Meanwhile, Team Nigma have been struggling to stay in the upper echelons of tier 1 European Dota, even with the return of captain Kuro Salehi “KuroKy” Takhasomi.

The rest of the team have likewise been firing on all cylinders and are playing on several levels above everyone else. Yazied “YapzOr” Jaradat is still one of the best (if not the very best) soft supports in the world, and his game sense is just as sharp as ever. Ludwig “zai” Wåhlberg is still a fearsome offlaner with several signature heroes at his disposal. Michał “Nisha” Jankowski has developed into a premier mid laner under Puppey’s guiding hand, and we believe it is only a matter of time until he finally becomes a TI champion himself. And we can’t forget about Puppey’s leadership, backed by years of experience playing at the highest level.

All of this combined helped Secret notch seven consecutive online tournament victories (eight if you include the Gamers Without Borders charity event), starting with the WePlay! Pushka League in May and ending with OGA Dota PIT Season 3 in September. That’s four whole months of damn good Dota. The only time they were ever taken off their perch was when they placed fourth at ESL One Germany thanks to eventual winners Team Liquid — which shows that even gods such as they can bleed.

On the other hand, there’s the somewhat unspoken notion that this year doesn’t quite count due to the circumstances in question, and that achievements like these mean a lot less given that teams are limited to facing others strictly from their own region for the time being. Moreover, there’s also the fact that The International wasn’t even held this year, thus making it so that there’s no “test” of this Secret roster’s true mettle when all the chips are down.

While the qualifying conditions for said idea are certainly true, the fact remains that such consistency and statistical excellence is very hard to accomplish — and that it takes a real special group of top tier players to pull off. In addition, Europe is far and away the most competitive region in Dota right now (as it has been for a while), with either China or Southeast Asia taking a distant second place in this regard.

When you consider that Secret regularly have to contend with very strong teams like the new look Virtus.pro, the ever-present Team Nigma, and the rapidly-rising Vikin.gg, it becomes clear that even through their dominance they still have to prepare to play against squads that aren’t just walkovers. Any of these rosters can upset the balance of power in Europe at any given time, which was proven not once, but twice by Liquid — first at ESL One Germany and second at EPIC League.

When it comes to TI being postponed until Valve decides to finally do something about it, though, there is a case to be made there. Unfortunate as it will end up being, The International being absent from this season means that the most dominant team in Dota history won’t get a chance to prove itself in the most important event in the game — at least not until 2021 or whenever it is that Valve deems it safe to have 16 to 18 teams in the same building again.

This is made all the more lamentable by the fact that Puppey has yet to win a second Aegis of Champions, particularly under the name of the very team he created six years ago. Nearly every single iteration of Team Secret thus far has had the reputation of being unstoppable in the long stretch before TI every year (basically October to July), only to choke big time at the culminating event. True enough, Secret finished outside the podium at four straight Internationals since 2014, and it was only in 2019 when they finally cracked the top four spots. Guess how many of the five current members were in that roster? Four of them.

Alas, it would seem that this new era of Team Secret crushing everyone in sight has come to an anticlimactic end. Having been eliminated from their second straight online tournament even before the upcoming major balance patch (which supposedly includes a new hero) shows a potential slump over the horizon — and everything could come crashing down once the patch arrives if the metagame is so ill-suited to them.

With no LANs close by either, we will never know just how much higher this lineup could have raised the bar they set themselves. Still, if they stick together and adapt accordingly to the inevitable shake-ups to the metagame coming over the next several months, it is entirely possible for us to see another streak of wins posted by this one of a kind professional team.

If not, we can certainly still celebrate a new hallmark of excellence and greatness in Dota 2 — whether or not the pandemic changes the overall perspective. It’s just a shame that they won’t get a chance to fight for the world title this year.