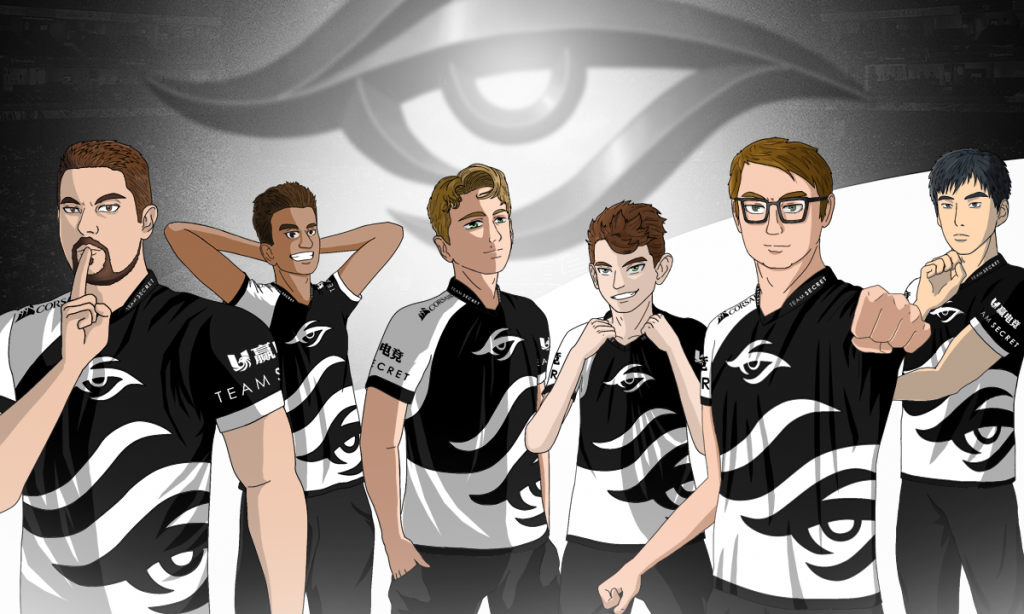 After remaining quiet for much of the offseason, Team Secret has finally broken its silence to reveal its roster for the Dota Pro Circuit 2019-20 season. In an announcement posted on their official website and across social media, the organization confirmed its new lineup. The most notable change will see, Lasse Aukusti “MATUMBAMAN” Urpalainen replace Yeik “MidOne” Nai Zheng.

On the team’s website, MidOne’s departure was explained. The Malaysian player, who first joined Team Secret in 2016, is taking an extended break away from Dota 2. As the post detailed, “The demands of the previous DPC season required staying in Europe for extended periods of time to commit to boot camps, Majors and traveling across the world for tournaments in other regions. MidOne has sacrificed tremendously in order to compete and contribute to our team’s success at the top level of DotA.” The team thanked MidOne for all his hard work and wished him well during his time away.

MidOne’s replacement, MATUMBAMAN, is a familiar name and face to most Dota 2 fans. A former The International winner with Team Liquid, the carry player parted ways with that organization after an incredible 892 days on the roster. For 2019, he joined Chaos Esports Club and competed at TI9; however, the team was eliminated in the Group Stage of the event. MATUMBAMAN brings a vast amount of experience to the squad, and it will be interesting to see how he and fellow TI winner Clement “Puppey” Ivanov can elevate Team Secret.

In the same announcement, Team Secret also revealed it would be parting ways with coach Lee “SunBhie” Jeong-jae, replacing him with former TNC Predator coach Lee “Heen” Seung Gon. SunBhie had been with the team since 2017, overseeing the team’s success at many recent tournaments, including their two first-place finishes during the 2018-19 DPC season. His replacement, Heen, coached Team Liquid during MATUMBAMAN’s tenure, with the pair being a part of the TI7 winning roster.

In addition to the roster moves, the post also confirmed Secret’s absence from the first Major of the DPC season. It had previously been speculated that Team Secret would be taking a break for an unknown number of tournaments after they’d declined invitations to several early events. This post confirms the speculation, with Team Secret in theory set to appear at DreamLeague Season 13: The Leipzig Major for the first tournament of the new season. For information on the team’s next event and full details of the roster changes, check out Team Secret’s official website.