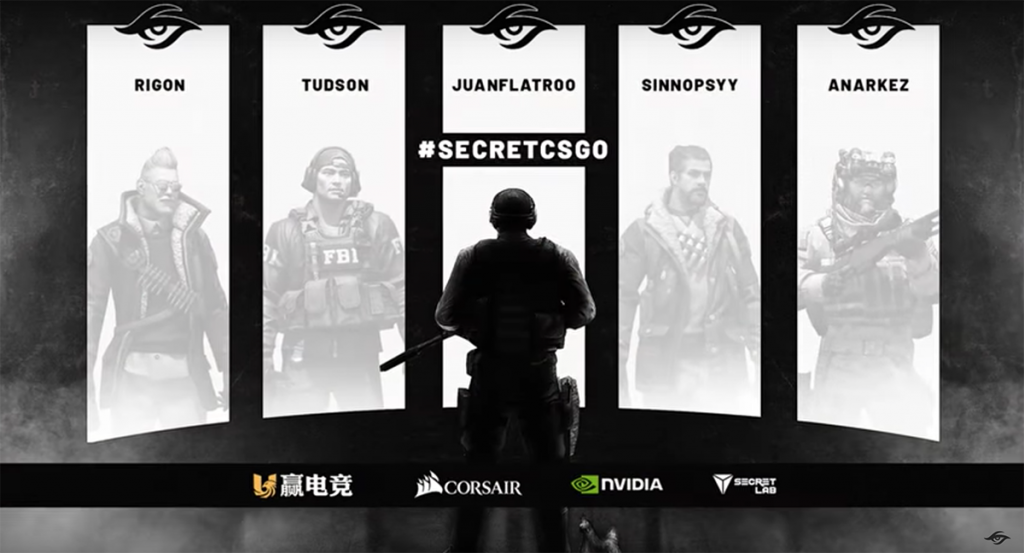 Prior to signing on with Team Secret, the European mixture had caught some attention during the ECS Season 8 Qualifiers (Image via Team Secret)

Team Secret has confirmed the signing of European brigade m1x and with that, its return to Counter-Strike.

Today's the day! We're excited to announce our #SecretCSGO team!

The European organization most well-known for its presence in Dota has rejoined the space by signing the likes of m1x. A roster that includes Flatron “juanflatroo” Halimi and Swiss flair Rigon “rigoN” Gashi. Prior to signing on with Team Secret, the European mixture had caught some attention during the ECS Season 8 Qualifiers. Securing a spot in the Challengers Cup alongside Chaos Esports Club, the unit was able to overtake CR4ZY and Windigo to place 4th.

The organization’s player acquisition at hand is actually not it’s first in CS:GO, however. In 2016, Team Secret explored Counter-Strike with the signing of WRTP’s female roster which brought back-to-back Copenhagen Games titles and an Intel Challenge Katowice gold medal ahead of Dignitas in 2017. After a little over a year, Team Secret’s roster would part ways with its roster and its players transitioning to Dynasty fe.

Team Secret CEO John Yao commented on the acquisition in a statement, saying:

“CSGO is a title we’ve been exploring for the past 6 months, and we’re happy to announce an extremely promising young roster to end the year and kick off 2020.”

“While only having spent a very short time together, this squad has shown the potential to become one of the greats on the scene, and we look forward to putting all of our organization’s resources around them in their development.”

“Being given an opportunity from such a profound organisation allows me to develop myself as a player individually and as a team member further and under eyes of experts whom I’m sure will help me achieve personal and team goals in the future.”

The team most recently qualified for the Qi Banja Luka Europe closed qualifier after toppling the likes of Heretics, GODSENT and HellRaisers. The following members will be competing in the event’s playoffs against Team GamerLegion and Aristocracy, among others: