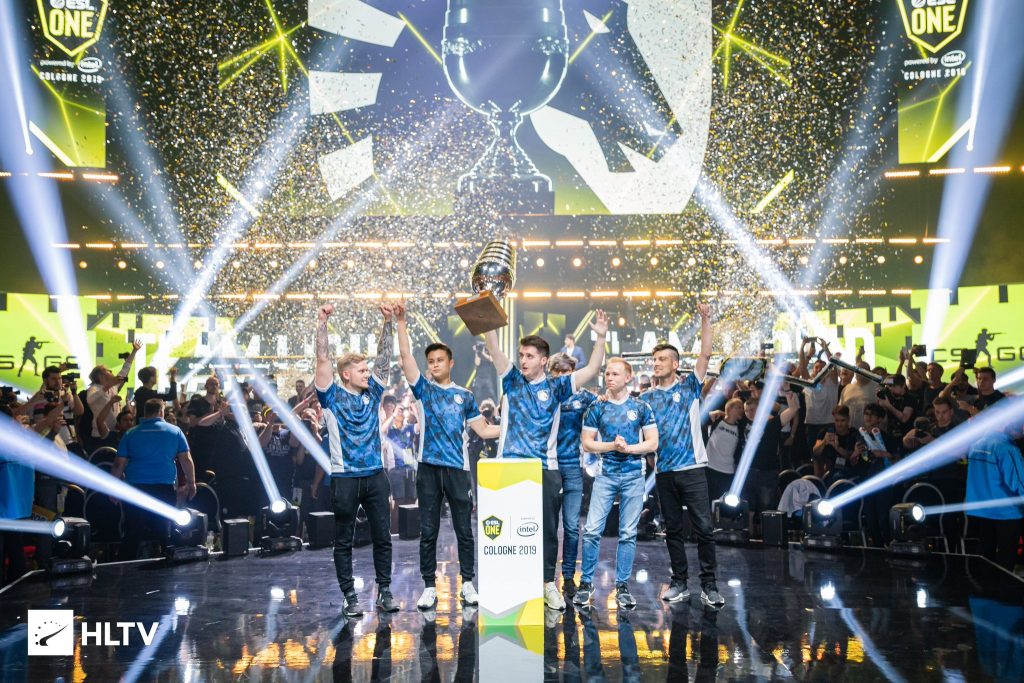 ESL One: Cologne arrived with a star-studded cast of Counter-Strike’s most intensive squads. From the all-stars to the up and comers, there was no deficit of quality at the Cathedral of Counter-Strike this year.

Team Liquid came to Cologne aiming to complete the stunning narrative they’ve written leading up to the event. In the end, the North Americans would be crowned as champions of the tournament as well as renowned winners of the Intel Grand Slam Season 2.

It would be a mighty clash between the North Americans and the French Team Vitality in the grand finals of ESL Cologne. Liquid having been secured a spot in the semifinals after finishing first in Group A, were set to square off against Na’Vi where they would trounce the defending champions.

As for Vitality, the French unit had been knocked into the lower bracket in their first outing against Ninjas in Pyjamas, leading to an incredible run through the groups and into the playoffs which pitted them into the finals against Liquid. On their pursuit, Vitality got the best of Danish juggernauts Astralis in the semifinal – giving them a whole bulk of momentum coming into championship Sunday.

Overpass, which kicked things off between the two teams, was where Liquid would brandish exactly what they are made of. The North Americans were quick to punish the French for every mistake made in the server while star plays from Russel “Twistzz” Van Dulken put the nail in the coffin on the first map, 16-6.

THE ROUND IS NEVER OVER WHEN @Twistzz IS ALIVE 😱

He is a GOD with the Deagle #ESLOne https://t.co/Z8HYtb0bPL pic.twitter.com/WSSHinRu3v

Liquid has proven to be an incredibly tough contender on Dust II, the second map of the grand finals – however, Vitality has shown plenty of dexterity on the map as well. The French knew they could size up against Liquid well here, and thus it was their pick for the second map. A back-and-forth affair between the two would force an overtime scenario on the map; Vitality would pull out a pair of auto-snipers on the deciding point to garner an early kill and win them the second map.

The third map of Inferno offered a chance for Liquid to regain their lead in the series against the French, an opportunity they seized. As the map tends to produce, the series was another thriller packed with highlight-worthy plays from both sides. The North Americans took a lofty lead in the first half, while Vitality was able to string a number of rounds together to keep things interesting on the CT-side of the third map. In the end, Liquid would see out Inferno and inch ever so closer to the winner’s podium with only up to 30 rounds on Mirage separating them.

Both sides came out fighting tooth and nail on Mirage. Liquid, aligning their sights with both the ESL Cologne trophy and Intel Grand Slam gold, Vitaliy, on the other hand, simply trying to keep the dream alive in Germany and force the fifth map. As he has in a majority of their recent LAn showings, Jonathan “EliGE” Jablonowski was firing on all cylinders, acting as the true difference maker in the series and helping Liquid clinch the final point to win ESL Cologne.

INCREDIBLE final moments 🙌@TeamLiquid have set their legacy in stone by winning #ESLOne Cologne 2019 and the #IntelGrandSlam 🏆🎆 pic.twitter.com/nzONqCEMH3

The Golden Age of Team Liquid

The win cemented the beginning of the golden age of Team Liquid after a long, hard-fought road over the last several years. Alongside hoisting one of the most paramount trophies on the competitive calendar inside the Cathedral of Counter-Strike, Liquid would win the Intel Grand Slam. In just its second year, Liquid has broken an unbelievable barrier in netting the prize in four out of four Grand Slam events in just 63 days – a feat recognized as one likely to stand for many, many years to come.

With Liquid at the top of their game and picking up two key pieces of silverware to show for it, the team will next be looking to secure a Major win and maintain the #1 rank for as long as possible. The North Americans will appear next at IEM Chicago in mid-July with the StarLadder Major in Berlin on the forecast for August.

Even with the powerful lineup of teams featured at Cologne, shortcomings from a handful of them were unavoidable. The bottom half of the table highlighted a few recurring themes in the competitive circuit while additionally flagging some underlying issues.

Unfortunately for MIBR, Cologne wouldn’t be the destination for their upswing back into the top of the leaderboards as they finish 13-16th at the tournament. MIBR fell to Fnatic first in their opening bout, which pitted them against BIG in the lower bracket, whom would best them 2-1 and send the Brazilians packing. It was a somewhat underwhelming performance in light of the late-June transfer which saw Lucas “LUCAS1” Teles join MIBR on loan in place of João “felps” Vasconcellos. On a positive note, the team is at the very least identifying and attempting to address problems within the team, as Gabriel “FalleN” Toledo alluded to in an HLTV interview:

“There are things we can improve as individuals to make the atmosphere and the teamwork better because in my opinion when it gets to this level of not being able to come back to the level we were at before, it’s not about in-game stuff anymore. We’ve been trying different players, different strategies, different approaches to how we’re going to play the matches, and it’s not that suddenly everyone is suddenly much better than us. There’s surely something for us to analyze and improve as people and to relearn how to get better again.”

The Finns have had an incredibly strong start to the season with plenty of promise moving forward – for that reason, they were among a few teams projected to win Cologne. Though, the outcome was far from predicted as ENCE finished in last place.

A first-round loss to Heroic and a lower bracket defeat to grand finalists Vitality would send the IEM Katowice runner up home prematurely. Considering the team went the distance with Liquid in the finals of DreamHack Masters Dallas and netted themselves a first-place finish at BLAST Pro Series Madrid against Astralis within the last two months, we’re thinking this performance was more of a slip-up than anything.

The Astralis era may be coming to an end with the Danes’ result in Cologne underscoring the notion. Matters started rosy for the Danish troop – tearing through BIG, Fnatic and NiP in the second group to berth into the playoff semifinals. Beyond a double-overtime clash in their series against Vitality, the battle against the French was a one-sided affair with Astralis getting knocked out of the tournament in 3rd-4th place.

It’s tough exactly when to declare the Danish reign has come to an end – the team still clearly boasting a mass of talent in the server against top international teams. With Liquid overtaking them in HLTV global rank last month, everyone knew the weight of Cologne and its importance to the future prospect of Astralis. A win for them would have cleared up much of the doubt they’ve accumulated in the last several months, though, anything short of first or a grand final appearance would let the world’s best title drift further from them.