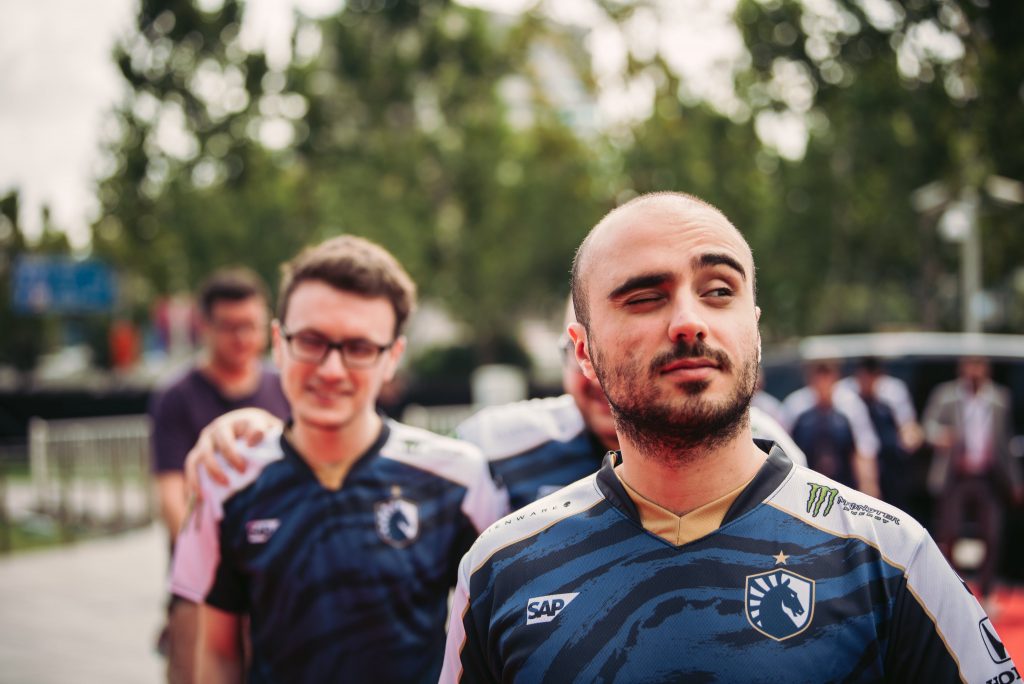 Team Liquid defeat PSG.LGD 2-1 in the TI9 lower bracket finals to advance to the Grand Finals. (Image via Valve)

The final day of The International 2019 started with PSG.LGD and Team Liquid only one win away from making it to the Grand Finals. One team has made TI history by being the first team to make their way through the entire Lower Bracket without losing a single series, hoping to make it a full run to the Grand Finals. And the other is the last remaining Chinese team, still hoping to win the Aegis on home soil for the first time ever. On the Main Stage, these two teams battled it out for the opportunity to fight for Dota 2’s penultimate prize – to claim the Aegis for their own at TI9.

Too Eager, Too Many Mistakes

Matches at TI are often decided by the drafts and the series between LGD and Team Liquid was no exemption. Both teams were quick to recognize the key heroes that needed to be banned – Alchemist, Enchantress, Tidehunter and Ogre. But beside the key bans, this game one draft focused on two very different strategies – Liquid having great combos between heroes like Mirana/Shadow Demon and Tiny/Void and PSG’s last pick Specter to surprise Liquid.

Before the bell had run, Team Liquid’s Aliwi “w33” Omar got first blood by killing Yang “Chalice” Shenyi after a beautiful set-up by Maroun “GH” Merhej. The early game was dominated by Liquid, killing Chalice multiple times in lane – three times before two and a half minutes in. Even with a Tinker and Void, the clock was ticking for Liquid as LGD’s heroes began to come online.

The game was slowly moving in LGD’s direction until a greedy move by Team Liquid cost them a massive teamfight, and subsequently, the rest of the game. Team Liquid wanted to get Roshan before LGD could figure out what they were doing but, unfortunately, Liquid didn’t have enough damage to take Rosh quickly. Leaving Rosh at 25% health, Liquid left the pick to escape Elder Titan’s spirit. A fight that saw LGD lose their support was turned by an overextension by Liquid. They chased all the way to LGD’s fountain, leading to three Liquid deaths. This helped LGD snowball with the lead they already had.

How many clutch steals by Fy?! #Dota2 #TI9 pic.twitter.com/cyAacj8kGE

A second pick Rubick was the playmaker of the game, and if there was any doubt that Xu “fy” Linsen was not a god – this game truly provided how good fy is. His spell steals were used to set up big plays for LGD as well as deal with surprise jumps by heroes like Void. There’s a reason that over 16k players voted fy as the MVP of Game One.

The Push for the Long Game at TI9

Hoping to learn from their game one mistakes, Liquid focused on ensuring that they were one step ahead of LGD in the drafts. Both teams ventured out of the standard picks – LGD with the last-minute Huskar pick and Liquid with the Templar Assassin pick. For LGD, they needed to secure good farm, maintain pressure and take a quick win. But for Team Liquid, they needed to just wait out until the 30-minute mark in order to outlast LGD’s draft.

LGD went into game two keeping up with the superior vision game and unrelenting pressure. Their focus was ensuring that pressure was maintained to key Liquid heroes while their Huskar and Lifestealer farmed. This combined with some less than ideal rotations from Liquid gave LGD the advantage in the early game.

Another Roshan fight proved to be, again, the catalyst for the losing team in game two.  After killing TA mid,  LGD focused on taking Rosh before Liquid could contest. A lone GH got caught out too close to the pit and died quickly to LGD, but it also gave away LGD’s plan. LGD went back to Rosh but a daring Amer “Miracle-” Al-Barkawi ventured in to kill the low-health Rosh and take the Aegis. The teamfight raged on with three deaths on either side but two quick buybacks by LGD gave Liquid the advantage. It was a redemption rosh fight for Liquid who didn’t get too greedy and focused on killing LGD.

Liquid had an issue with overextending – and it showed in their team fights and positioning. Their players were greedy, wanting to be closer to the action, wanting to set up the next best play, or seeing what’s going on in the Rosh pit. But they learnt in Game Two that patience pays off, especially when they draft against such a fast-paced team.

And when I say patience, I really mean a last-minute base race between Wang “Ame” Chunyu’s Lifestealer and Liquid’s team hitting the Ancient as fast and hard as possible.

LGD Falls Apart in the Draft

In the telling conclusion of the LGD and Team Liquid series, LGD seemed to collapse under the pressure during the draft. They chose an odd combination of heroes that didn’t seem to have any natural synergy. Team Liquid, on the other hand, focused on heroes that combined well together like Winter Wyvern and Tidehunter with the heroes that could inflict quick damage like Temple Assassin.

Liquid had control of the game from minute one of the match – with a tri-lane on top that secured multiple kills and a TA who took many calculated risks to win her lane. By the twenty-two minute mark, Liquid had secured Rosh, destroyed all tier one and tier two towers, and was sitting at a comfortable 14k gold advantage. W33’s TA found kill after kill which helped her itemize faster than her predecessor last game. The Team Liquid who last game needed to wait out LGD grew into a fast-pushing, unrelenting team that was eager to win this match up so they could move on to the face OG in the finals. Liquid didn’t throw away their lead, wasn’t over-eager and most importantly, they learned from their mistakes in game one and two.

How about them comebacks by @TeamLiquid? #Dota2 #TI9 pic.twitter.com/alYd0IYkBr

W33 led Team Liquid to methodically keep pressure on LGD, taking barracks after barracks, getting kill after kill. Without any of LGD’s big ultimates to use, specifically Chronosphere, LGD was unable to hold back the wave of Liquid pushing their base and called good game.

They will play Defense of the Ancients.

We will play Defense of the Aegis.

So nice to have you with us, @TeamLiquid.#DreamOG #TI9 pic.twitter.com/NgoMEigsMb

Now all eyes are on the OG and Team Liquid series as it will give us our first ever repeat TI winner. Team Liquid have shown that mental stability is the key to making your way through the lower bracket to the Grand Finals. Can they tough it out in the best-of-five series to take home the Aegis? Stay tuned.