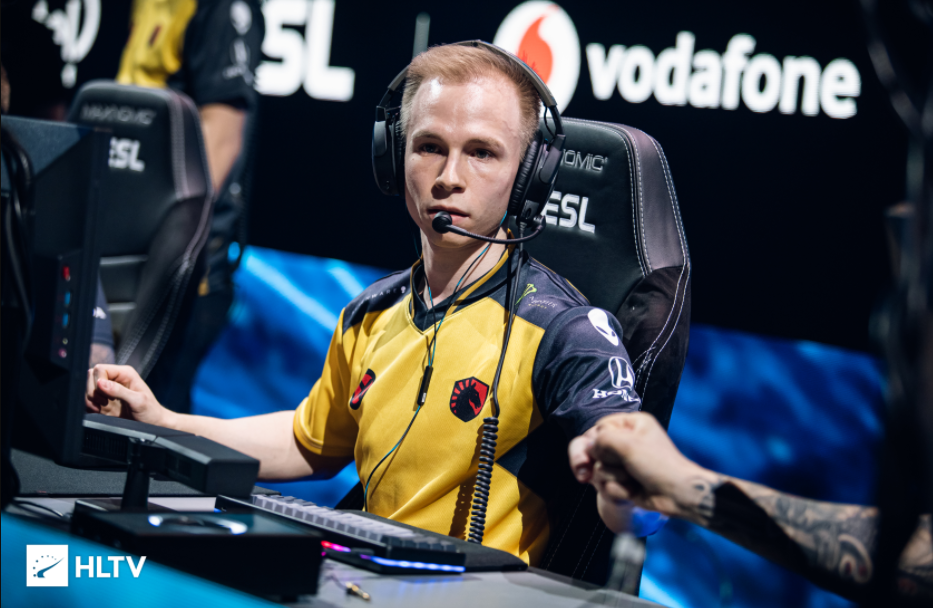 The final group at ESL Pro League Season 11 has ended. Group C, which featured only North American and Brazilian teams, had a slightly different format from the other three European groups. Instead of only three teams advancing from each group to decider matches and a second stage, four teams advanced directly to playoffs.

Liquid Stay Ahead of the Curve

The entirety of Group C was full of close results and upsets which threw seeding into chaos. The group favorites in Team Liquid were no exception. After expectedly demolishing MiBR 2-0 with a 16-7 on Overpass and 16-2 on Dust2, Liquid were looking to stay undefeated against Swole Patrol. The unsponsored North American squad had lost their first match and were a likely candidate for a 0-5 campaign.

However, that match saw one of the most unexpected upsets possible at ESL Pro League take place. Swole Patrol took a very clean 2-0 over Team Liquid. A 16-11 on Vertigo and a 16-12 on Overpass left Team Liquid utterly stunned. Liquid then had to jump immediately into a game against 100 Thieves the next day. The match was one of the closest 2-0’s possible, but Liquid came out victorious. 100 Thieves’ Vertigo pick went to overtime where Liquid took a 19-16 win. Their own Mirage pick also went down to the wire with a 16-14 ending.

Right when Liquid looked to have bounced back, they faced off against a hungry FURIA squad. After winning Nuke 16-10, FURIA came out strong on Inferno with a 16-11 win of their own. On the Mirage tiebreaker, Liquid were up 13-11 before giving up five straight rounds to FURIA’s T side to lose the game.

Now with a 2-2 record, Liquid had four days to prepare for their final match against Evil Geniuses. Another amazing match ensued, with EG stealing Liquid’s Dust2 16-14. Liquid fired back on EG’s Nuke with a 16-13 win, forcing the teams to Inferno. The battle raged back and forth, requiring two overtimes. In the end, Liquid won 22-19 and secured the 3-2 record.

Going into the final day, four teams were tied at 2-2 records. There were countless scenarios for seeding. Due to MiBR’s victory over Swole Patrol and EG being the only 3-1 team, Liquid earned the top seed after their win.

Evil Geniuses run at ESL Pro League started off on the wrong foot. They fell in their first match to 100 Thieves 2-1 after getting reverse swept on their own Train pick 16-13 and Nuke 16-6. Whereas Team Liquid played on all of the first four days of the group, EG only played one match during that time. On day five, EG showed the extent of their preparation by dispelling Swole Patrol in dominant 2-0 fashion.

Their next two matches were against the Brazilian squads of FURIA and MiBR. Both of these teams proved to be very dangerous as they each took down a top-level competitor in the match prior to meeting EG. The match against FURIA came down to the wire. FURIA took Mirage 16-8 before EG fired back with 16-14 and 16-13 wins on Train and Nuke. The MiBR match also went the distance after EG lost map one. The Geniuses’ resilience proved enough to get them to a 3-1 record and first seed going into the final day.

Unfortunately for them, they fell to Team Liquid in the closest match of ESL Pro League Season 11 to this point. EG will have a chance for revenge in playoffs, as they will meet Liquid in the upper bracket match.

Are you not entertained?! We'll live more evil next time around. 😈 #LIVEEVIL https://t.co/0FOsBBsSjA

Rounding out the 3-2 teams is FURIA. The highest ranked Brazilian squad in the world started off Pro League with a bang by taking down Team Liquid. Their next match against MiBR would go to three maps, but each one was a complete roll for one side. FURIA took Train 16-4, MiBR stomped Inferno 16-6, then FURIA won the tiebreaker 16-8.

Looking hot to trot with a 2-0 start, FURIA wanted to make a run for the top of the table. Their next match against EG was looking promising after FURIA took Mirage 16-8. On EG’s Train pick, FURIA led 14-12 and were about to close out the 2-0. However, EG pulled off four round wins in a row to take the map. Nuke also went the way of the Geniuses 16-13, knocking FURIA down to 2-1.

FURIA could have still earned a 3-1 record going into the final day if they could beat Swole Patrol. However, Swole Patrol once again flexed their upset muscles and swept FURIA 2-0. Now at a 2-2 record, FURIA faced off against 100 Thieves in their last match. The winner would advance for sure as a 3-2 team, so everything was on the line. Each team took their map pick with little issue. Nuke was once again the tiebreaker, but FURIA came out on top this time to secure the 2-1 win.

What a performance from @furiagg as they overshadow @100Thieves on the second half!

Since one more team than expected was advancing out of Group C, a 2-3 team had to make it. The lucky recipients of another chance at glory was MiBR. Two of their three losses came right off the bat at the hands of Liquid and FURIA. Their third match was against 100 Thieves, who were 2-1 at the time. MiBR pulled off a close 2-0 upset with a 16-12 win on Train and a 16-14 win on Inferno.

Their fourth match against EG was at least competitive, but MiBR couldn’t take the win. Going into the final day, MiBR were the only team with a 1-3 record. They needed to beat Swole Patrol to even have a chance at advancing. After that, they needed some help from their fellow Brazilians in FURIA.

MiBR held up their end by beating Swole Patrol 2-0. FURIA also pulled through by taking 100 Thieves down. Since Swole Patrol had the tiebreaker over FURIA, that result moved FURIA up to third seed. FURIA’s victory over 100 Thieves kept the Australians at just two wins. That meant MiBR’s win over them in match three was the tiebreaker that sent MiBR to playoffs and 100 Thieves home.

With every group at ESL Pro League Season 11 having concluded, its time to look forward to playoffs. The four Group C advancement teams have been seeded into a double elimination bracket. The top two seeds, Team Liquid and Evil Geniuses, will play in the Upper Bracket Finals while the battle for Brazil between FURIA and MiBR rages in the lower bracket. Playoffs begin on April 9th as ESL Pro League continues.