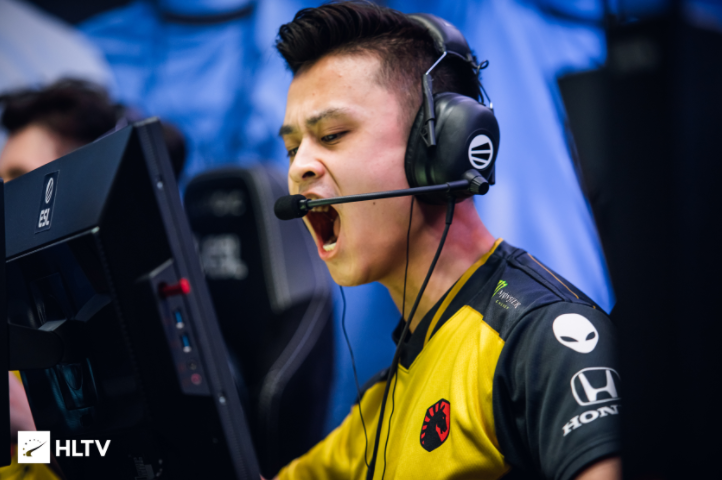 Team Liquid have won the NA ESL Pro League finals, cementing their spot at the top of the region. (Photo courtesy HLTV)

The North American half of ESL Pro League’s eleventh season has been completed. Unlike the European side which featured a second stage, the NA group stage led directly to a four-team double elimination playoff bracket. Team Liquid qualified for the upper bracket after topping the group.

Since the pool of teams was greatly limited due to the regional restrictions, NA ESL Pro League could essentially have been boiled down to Team Liquid against Evil Geniuses. The two teams first met on day five of the group stage. In that match, Liquid and EG each took a very close map to force a tiebreaker. After two overtimes, Liquid won and earned first seed while EG took second.

However, the format made it so the top two seeds advanced to the upper bracket match. This meant a rematch would be coming up. After a one-week break to allow Europe’s second group stage to conclude, TL and EG faced off yet again.

The map veto played out exactly the same as in their group stage clash. Evil Geniuses took Nuke while Liquid chose Dust2. Inferno would be waiting in the wings if needed to once again break the tie. Despite being forced to start on the less favorable Nuke T side, EG got off to a hot start. They jumped out to a 7-1 lead. Once Liquid planted their feet, they took five rounds to end the half, but EG had a firm advantage going into their defense.

That advantage would be nullified as quickly as it was gained as Liquid went on a surprising T side rampage of their own. After Liquid took the lead at 12-11, EG found three rounds in a row to threaten map point. They would never find it as Liquid came from behind with four straight rounds to steal EG’s map pick.

Now on Dust2, Liquid got off to a 7-1 lead of their own. Although the Geniuses found four scattered rounds at the end of the half, a 10-5 lead from CT side made Liquid the favorite to close it out. EG did contest early with wins in five of the first six rounds. However, once TL got rolling, it was all over. Liquid finished Dust2 16-12 to earn their place in grand finals.

After going through FURIA in the lower bracket, Evil Geniuses were back for their third swing at Team Liquid. This time it would be a best-of-five, but Liquid would have a one map lead by default as the upper bracket team. Liquid once again chose Dust2 first. EG opted to switch up their map pick since Nuke wasn’t working. They opted into Vertigo hoping to bring something new to the table.

Dust2 was the same old story throughout the first half. Liquid’s CT side was just too dominant for EG to find consistent ways to break into bomb sites. In 15 rounds, EG only found three bomb plants. They did get some rounds via eliminations, but Liquid once again held a 10-5 lead.

Liquid then took the first three rounds of the second half. However, EG still had some gas left in the tank. They set out on a dominant five round win streak that saw them dominate Liquid across the map. The momentum pointed to EG being able to string more rounds together to potentially send the map to overtime. That was until NAF took the wind out of the EG sails with a 1v3 clutch spray down.

With their backs against the wall, EG needed their Vertigo pick to go well if they wanted any chance at staying alive. They started out on T side and looked pretty solid. EG took a 5-3 lead with plants in two of the rounds they lost. If they kept their momentum going, EG could take a strong half. Unfortunately for them, Liquid know their Vertigo. Their CT side stood tall at the end of the half to bring back five rounds and take an 8-7 lead.

The score was manageable for both sides, but the game quickly got out of hand once Liquid’s T side got going. Evil Geniuses looked utterly spent as Liquid ran straight through them. The AWP of CeRq only managed five kills and EG only earned two rounds on defense. Liquid won Vertigo 16-9, completing a best-of-five series in just two short maps.

The North American ESL Pro League finals were underwhelming to say the least. While EG losing their coach a week ago could have had something to do with it, the outcome likely would have been similar either way. Team Liquid is undeniably the best North American CS:GO team.