Team Liquid: Out For Blood at Berlin Major 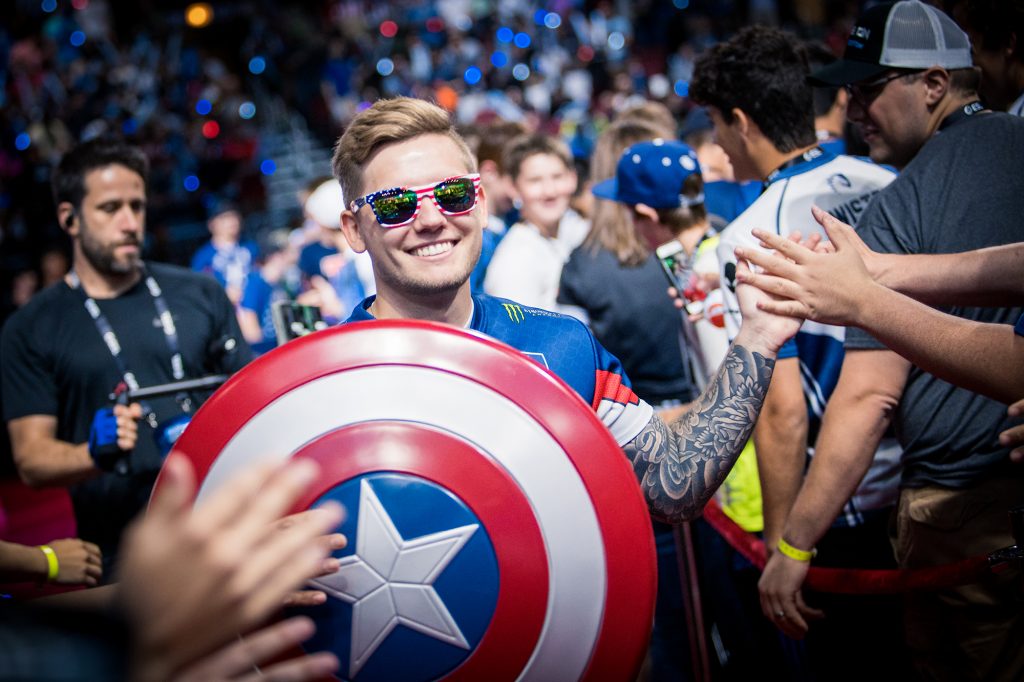 Team Liquid is on the greatest run in CS:GO history but they still lack on thing: a Major (Photo courtesy of Helena Kristiansson via ESL)

Counter-Strike’s greatest teams will venture to Berlin on August 20 to compete in the 15th Valve-sponsored Major Championship alongside a shot at CS:GO’s most prestigious accolade – the conquest will not be effortless, however. As the StarLadder Major quickly approaches, tension around the thickness of the competition is starting to build – for some teams, it’s even more stifling.

“The Major is the only thing missing right now,” said 19-year old Team Liquid rifler, Russel “Twistzz” David Van Dulken following their win last month at IEM Chicago. The North American juggernauts had just breezed through the competition in the Windy City, obtaining their fifth consecutive win in less than two months span. Liquid had achieved just about everything a professional Counter-Strike team could ask for in this time frame: an Intel Grand Slam trophy, the number one HLTV global rank, and a win in Cologne at the Cathedral of Counter-Strike – almost everything, besides a Major.

Team Liquid’s swift ascension to the top of the CS:GO leaderboards has been the subject of vast discussion over the last several months – if you’re unfamiliar, feel free to refresh yourself on how the team became the undisputed kings of the North. Loads of persistence and the willpower of core duo Nicholas “nitr0” Cannella and Jonathan “EliGE” Jablonowski had served as the glue of the team’s foundation. Toss in two superstar Canadians and one fiery youngster who had tasted a hint of blood in the water during his tenure at Cloud9 and you’ve got what has become a truly unstoppable team.

The speed and tenacity in which Liquid has overtaken former rivals Astralis and other international heavyweights has almost given the impression this team has been on the top for years. However, it’s worth reminding yourself the squad has only been standing at the top of the mountain for ten weeks.

“It’s only been three months,” EliGE said at an IEM Chicago press conference. Although Liquid’s time as global leaders has been brief, EliGE believes they are purely warming up for what’s in store.“We’re just getting started.”

After a run of dominance that we have never seen, EliGE said: “We’re just getting started.” (Photo courtesy of HLTV)

The Mountain of a Major

In the context of the upcoming StarLadder Major, the race across the finish line will undoubtedly be Liquid’s greatest challenge yet. A dense cast of international opponents over a grueling 17-day schedule means that the North American band will have to bring their best game to Berlin and maintain it throughout the tournament. Team Liquid has proven they can perform well over time, hence being bestowed the Intel Grand Slam Season 2 award in Cologne; however, the format at hand will present a unique set of trials for the team we have yet to see them prove to be capable of overcoming.

After reaching the playoffs at IEM Katowice, Liquid has found themselves in the Legends Stage where their journey to the winner’s circle will begin. Among them are Astralis, Renegades, Na’Vi, FaZe Clan, Ninjas in Pyjamas, ENCE and MIBR. A number of sharks are floating around the Challengers Stage as well such as Team Vitality, G2 and FURIA, to name a few. In their current form, Liquid would, of course, be placed high in the upper percentile of contenders at Berlin – although, a few opponents may be tough obstacles for them to traverse past.

As the number two HLTV ranked team, Team Vitality is up there on Liquid’s radar for teams to look out for. Beyond being ranked just underneath them, the velocity of the French into their current standing speaks for itself—launching in October of last year and already positioning themselves among the top three in the world. The French had most recently toppled Liquid at cs_summit 4 in May and put up a decent fight at ESL Cologne in the grand finals.

Last season was a tale between Liquid and Astralis with the Danes stealing the limelight in just about every case, leaving the North American unit to wallow in the shadows. This year has proven to be much different, however, with the Danes slipping up in ranking and LAN appearances—taking them out of the conversation for the first time in a while. Despite this, the core that had accumulated three Major Championship titles and a mass of showstopping finishes on large stages is still intact. Astralis has had a lengthy period of time to prepare for Berlin and, barring their previous ability to thwart Liquid in a number of instances, they should be taken with a certain level of seriousness.

The vigor of Liquid is what will drive the prospect and career of this roster at StarLadder and beyond. At a loss of true technical understanding as to why, operations have just started to click for the North Americans. It’s no secret a surge happened within the team following the onboarding of Jake “Stewie2K” Yip. He’s brandished a loose playstyle and an overloaded level of confidence, which has helped propel the squad to new heights. Roughly eight months into his residence with Liquid, Stewie shared the following sentiment at IEM Chicago behind what he believes to be the ingredients inside the team’s recipe for prosperity:

“We leave everything on the table and that’s the most important thing,” Stewie said. “We’re open with each other and people can criticize each other without having any tension.”

That receptiveness is an integral part of banding together as one team working towards a collective goal—if Liquid is actually operating in tandem as Stewie says, it’s a strong sign for them in Berlin and moving forward.

Individually, the team’s talent is overwhelming. EliGE and Twistzz have grown into becoming one of, if not the two best riflers in Counter-Strike. At the helm, nitr0 has come into himself as a masterful in-game leader, creating strategies around the strengths of each player, but simultaneously allowing them to go out and slay at their own discretion. When you factor in players like Stewie and Keith “NAF” Markovic into this free-flowing playstyle, you facilitate brilliance. The pair is synonymous with out of the box mid-round plays that can either drive home the round or utterly flip the script in a less-favorable scenario. Collectively, the team is among the most skilled lineups the game has ever seen.

As with any dynasty team, there are some soft spots, and Liquid is far from an exception to that. Most memorably, the band wrestled with issues in confidence and morale through almost the entirety of last year. It was referenced on multiple occasions the team had brought in professional help in the form of sports psychologists, which has seemed to almost completely evaporate any doubts within the mind of each player —although, we’re taking at this face value. At IEM Chicago, Liquid faced a tough map one loss to G2 Esports, losing ground in a match in a manner we hadn’t seen for quite some time from the American superteam. Prior to Map 2, Twistzz took to the interview box to answer a few questions going into the next map—what we noticed was a somewhat shy and timid looking individual—an alarming air to carry considering the bane of Liquid’s existence was falling into these ruts. The team was able to pull the series back and advance past the French, but it offered some significant insights into how teams may be able to overtake them in a series. If Liquid are put up against the ropes quickly and sternly, it may spell out a larger problem for them at this tournament.

All in all, there’s a fairly bright outlook for Liquid in Berlin. Dubbing any team a clear victor at a tournament like the Major where magic is known to happen would be unwise. Even then, Liquid should still have a robust showing. They’ve beaten just about every team on the playbill of the StarLadder Major and have the tools at their disposal to bring back the gold. Though there is some speculation around proclaiming the current Counter-Strike vista as Team Liquid’s era, a win in Berlin would most certainly chisel the beginning of this hour into stone.