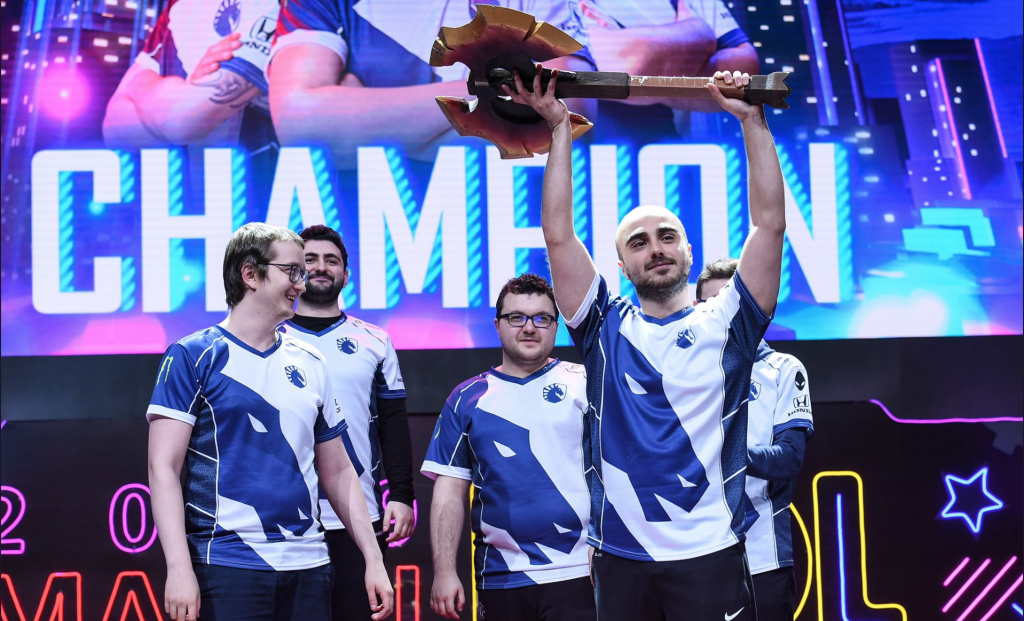 For Evil Geniuses, this was the first Grand Finals they’ve played in since winning the DOTA Summit 9 in July 2018. The squad placed third at the International 2018, the Kuala Lumpur Major and the Chongqing Major. Their second-place finish is especially gratifying given that they did it with stand-in Quinn “CC&C” Callahan playing mid while Sumail “Suma1L” Hassan took some vacation time.

According to Dotabuff, this extends Liquid’s record versus Evil Geniuses to five series won and only two lost. It’s a solid record that Evil Geniuses will look to flip at the next event for these two teams: the Stockholm Major starting mid-March.

The tournament took place over five days, with eight teams competing. Alongside Liquid and EG were Virtus.pro, Newbee, Royal Never Give Up, Vici Gaming, EHOME and Invictus Gaming. The latter five teams were all Chinese, and they took the last five places at the event, with Newbee in fourth. Virtus.pro, the only CIS team at the event, came in third.

Team Liquid was happy to pick up the Battlefury-shaped trophy. In a post-win onstage interview, Captain Kuro “Kuroky” Salehi Takhasomi commented, “We’re happy that we came here and we can prove that we’re still good.” The squad struggled at their last significant tournament, the Chongqing Major, placing a disappointing 7-8th. While MDL Macau 2019 is not on the Dota 2 Pro Circuit (DPC), and will not impact Liquid’s shot at an invitation to the International 2019, they will be happy to build some momentum heading into the second half of the Circuit.

In game one, Team Liquid’s Amer “Miracle-“ Al-Barkawi had 19 kills and zero deaths on his Phantom Assassin. He used his Juggernaut in game two to push over objectives, including five towers and one barracks, doing nearly 7,800 building damage, more than four times the total building damage mustered by EG.

While Evil Geniuses shut down Miracle-‘s Drow Ranger in game 3, killing her four times and keeping her to a dismal single kill, he came back in game four with Troll Warlord and the EG squad couldn’t shut him down. He had nine kills and zero deaths at the end of that match. Unsurprisingly, the talented carry received the tournament’s MVP trophy – a golden Axe.

MDL Macau was broadcast in English by Beyond the Summit from a set in their new office. Despite being off-site, the neon lights aesthetic of the tournament was carried over into the set design. The casting team was small, with Grant “GranDGranT” Harris, Trent MacKenzie, and Andy “Draskyl” Stiles covering the primary stream.

The next MDL event has not yet been announced. The DPC will return on March 7 with the Starladder ImbaTV Dota 2 Minor. Teams Royal Never Give Up and Vici Gaming, who both placed 5-6th in Macau, will both compete at the Minor.