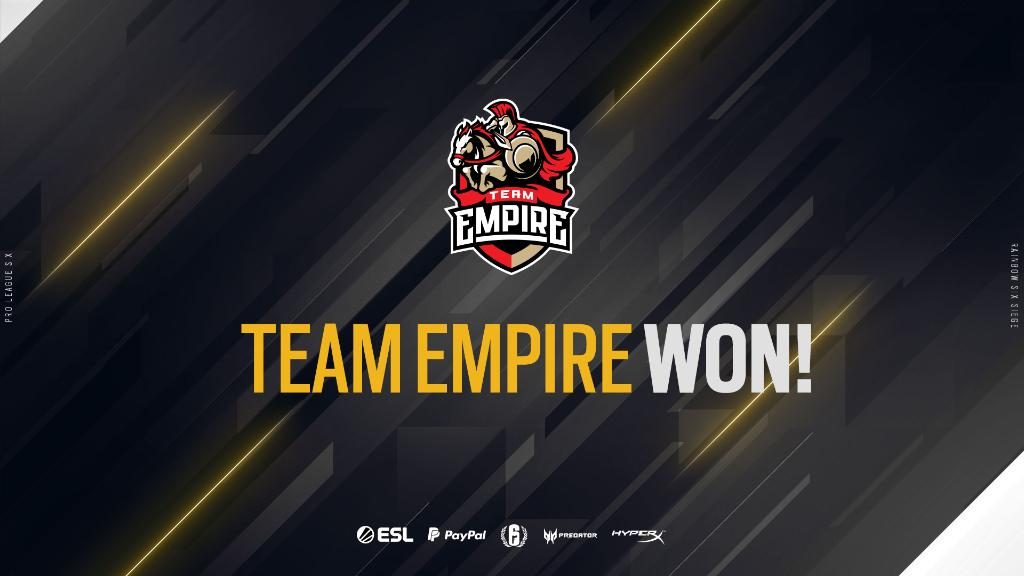 The Rainbow Six Siege ESL Pro League has come to a mid-season break in Europe. With the conclusion to the seventh play day, we now have a clear point to see how this season is shaping up. From a slight lead at the top for Team Empire to the return of G2 Esports, this midseason break leaves more questions than answers.

It's time to recap the first half of EU Pro League Season X! #R6PL

Once again, Team Empire rule over Europe as they did in Season 9. Only this time they rule by the slightest margin of one point. In the final playday, they had to face their local rivals in LFO, which created the battle for first. For Team Empire, all they had to do was not lose to secure their first-place position, and that is what they did.

LFO and Team Empire played on one of Empire’s strongest maps, Club House, and it was an amazing game. The back-and-forth action was exciting and a great way to send out this half of the season. What made it better was that Team Empire had to come back and force the tie on the final round.

Both LFO and Team Empire will be heading to the Six Major Raleigh. If this match is anything to go by then they will have some exciting games ahead of them.

But as for the future of the ESL European Pro League, can Team Empire actually be defeated?

Is G2 Esports Back?

For most of the season, G2 Esports that we know so well seemed to disappear after their opening match vs GiFu. From troubling losses to Chaos, NaVi, and Team Vitality, it very much seemed like G2 Esports had been left behind.

Although, their recent victories over LFO and PENTA Sports looks like they may have just figured things out.  Defeating LFO online is a big accomplishment. They are the only team in Europe to do so in this season of Pro League. In addition, their 7-2 victory to close the season definitely restored our confidence in them.

In a post-game interview on stream, Fabian “Fabian” Hällsten said, “Well, we have been hiding strats from everyone, including ourselves so it’s time to bring them out now, right?”

This quote seems very fitting from the in-game leader of G2 Esports and explains their season in a nutshell. However, their recent resurgence is timely as they prepare for Six Major Raleigh. G2 Esports has never been a team to go down easily at LAN and they have that expectation to maintain.  It will be great to see if they do fully come back in time for the Six Major Raleigh.

The middle of the pack:

The same old story is appearing in Europe once again. The Pro League’s middle of the pack is separated by 5 points. With everyone involved taking games off each other at LAN, Pro League and at the major online qualifiers. Team Vitality, Na’Vi, G2 Esports and Chaos all have similar round differences despite some teams having more map wins than others. This is a sign of how close games are for each of these teams.

The question is whether the next half of the season will break this up. If Season 9 is anything to go by then it will likely not and expect every game to never be clear cut as each team does all they can to advance to Season 10’s Japan Finals.

The ESL Pro League is currently scheduled to return September 16 for Europe.