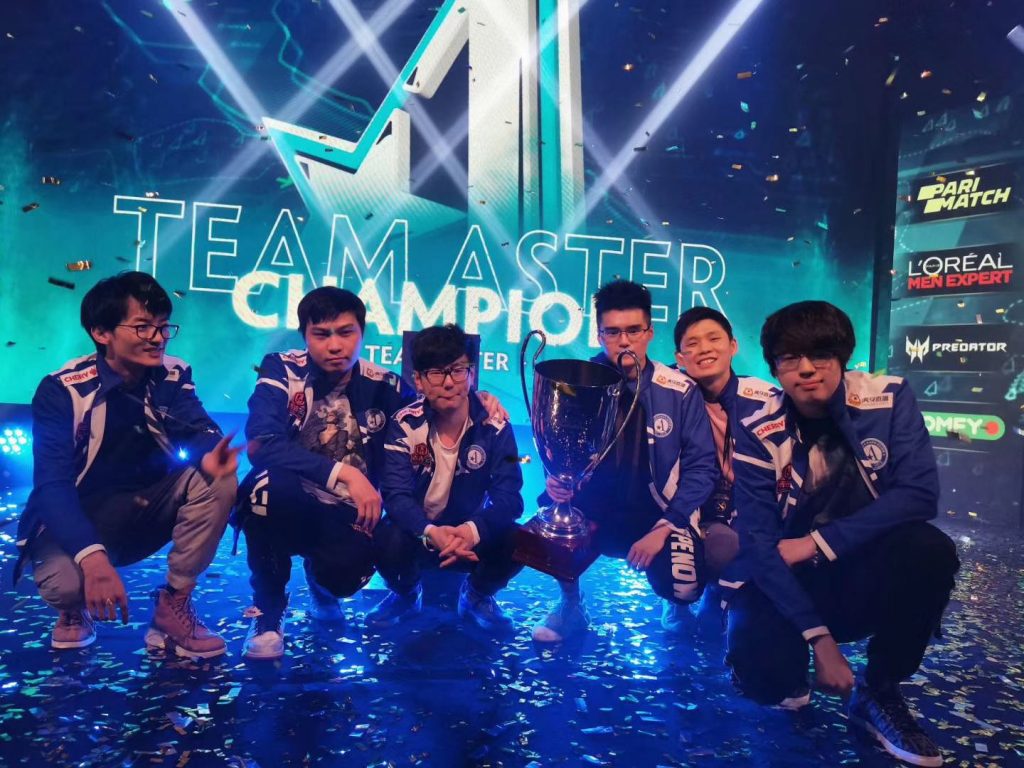 Team Aster had already self isolated following their journey, but will now be entering a dedicated quarantine facility. (Image courtesy Pan "Fade" Yi)

Four members of Team Aster are set to be quarantined in a “designated centre” following their return to China from Kyiv, Ukraine. The news was first revealed by team captain Pan “Fade” Yi on his personal Weibo account. 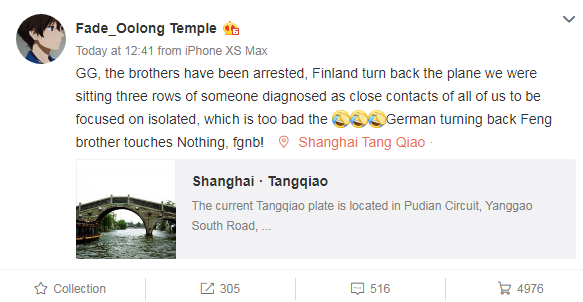 The post indicated on their return flight via Finland, Fade, Kee Chyuan “ChYuan” Ng, Lin “Xxs” Jing, and Ye “BoBoKa” Zhibiao were sat just three rows away from a passenger who later tested positive for coronavirus. Song “Sccc” Chun, the team’s primary carry was travelling on an alternative route via Germany and escaped exposure. “Nothing can touch Sccc!” commented Fade.

The global pandemic has made air travel a difficult prospect for many. Team Aster had initially struggled in their attempts to head to ESL One Los Angeles prior to its postponement. Subsequently a lack of direct flights to China prevented the team from travelling home in a more timely manner.

News of the team’s quarantine was later confirmed by ChYuan in his own tweets about the situation, which gave a bit more insight into the circumstances.

We were informed by government officials that someone on our flight back from Finland has been tested positive for COVID-19. All 4 of us except SCCC will be under quarantined in a designated centre in isolation.

We’ve done our part to take necessary safety precaution while travelling. Hopefully there’ll be a silver lining to this unfortunate situation. Everyone back in Msia, take care too!

Aster’s isolation comes just weeks after the team’s victory at the StarLadder ImbaTV Dota 2 Minor Season 3. There the team defeated Alliance 3-1 in the finals to secure their first ever international tournament victory.

The team was scheduled to compete in the recently announced Chinese DOTA2 Professional Association, with its online league kicking off on March 28th. However, in light of their quarantine, it’s unknown whether the team will be able to take part.

Since we got back from Kyiv, we’ve been under home quarantine, therefore we’re only going to be there until the 29th.

At the time of writing, Team Aster hadn’t made an official announcement on their social media or websites.