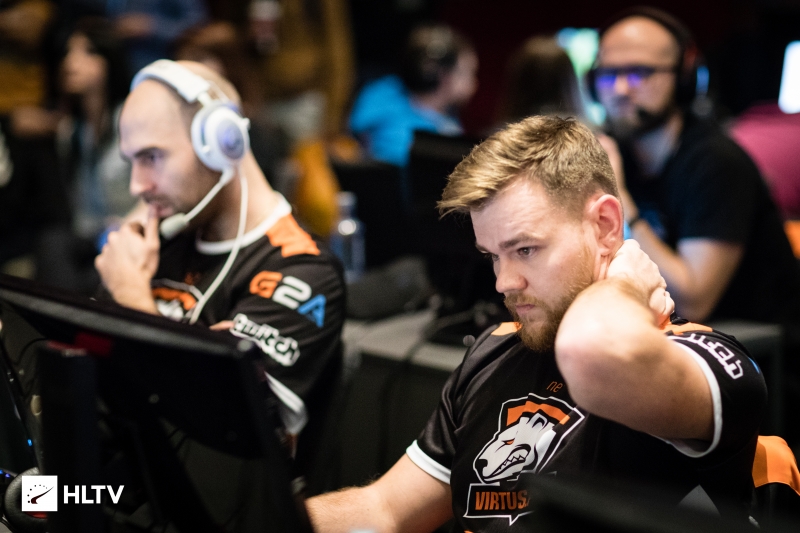 Taz and Neo will be teaming up once again to create a new CS:GO team. (Photo courtesy HTLV)

Polish Counter-Strike professionals Filip “NEO” Kubski and Wiktor “TaZ” Wojtas will spearhead a new team together, according to a release. The pair most famously known for their time spent under the Virtus.pro banner had finally reunited in December after spending almost two years apart. Joining forces on a Polish organization called ARCY, the duo played just several online events with minimal success before the group disbanded the following month.

Specifics on the project are scant at the time of writing, although, a press release outlined that “a recruitment process is being conducted to establish cooperation with the most talented and promising players in the Polish CS:GO scene.”

“It’s obvious that Neo and I needed time to work through our past,” TaZ commented on the release. “When you have played with someone for so many years, spent so much time together and shared moments of both glory and defeat, it’s difficult to sort things out. Time has worked in our favor though. It showed that the bond we have is much bigger than only the game we play together.”

The duo’s history together in Counter-Strike is impressive, having spent more than 14 years playing together on Polish sides such as Pentagram, Virtus.pro, and Meet Your Makers. Together, the two put Polish CS on the map in a way that still to this day has yet to be replicated; some of the greatest feats include a title finishes at ESL Major Series One Katowice 2014, ELEAGUE Season 1, and DreamHack Masters Las Vegas 2017.

In February 2018, TaZ was moved onto the bench by Virtus.pro, later being sold to Kinguin while NEO was let go from the Polish organization later that year in December. NEO’s last appearance was made at the StarLadder Major after spending three months as a stand-in for FaZe Clan.